Thiem wrote on Instagram: “Our behaviour was a mistake, we acted too euphorically. I am extremely sorry.”

The top-ranked Djokovic tested positive on Tuesday. Grigor Dimitrov, Borna Coric and Viktor Troicki have also said they tested positive after taking part in the Adria Tour exhibition series in Serbia and Croatia.

Thousands of spectators attended the matches in Belgrade and the Adriatic resort of Zadar, and no social distancing was observed.

Thiem won the opening event in Belgrade on June 14.

“We played without an audience for weeks, so we have been more than happy about the fans at the event,” the Austrian wrote. “We trusted the Serbian government’s corona rules, but we have been too optimistic.”

Thiem, a two-time French Open finalist who lost to Djokovic in the Australian Open final this year, said he has been tested five times in the last 10 days but is negative for the virus.

The final for the event in Croatia was canceled and subsequent matches in other countries were also called off.

Djokovic said on Tuesday that he and his wife tested positive and admitted it was “too soon” to host such an event.

The coronavirus outbreak led to the suspension of the ATP and WTA professional tennis tours in March. Plans were announced last week for the sport’s sanctioned events to return in August.

But the infections have raised questions about the full-fledged return of competitive tennis, including the U.S. Open, which is scheduled to begin on Aug. 31 without spectators. Djokovic has called the rules to keep everyone safe at the U.S. Open “extreme.” 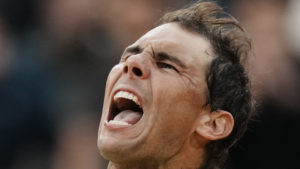 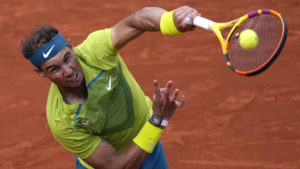