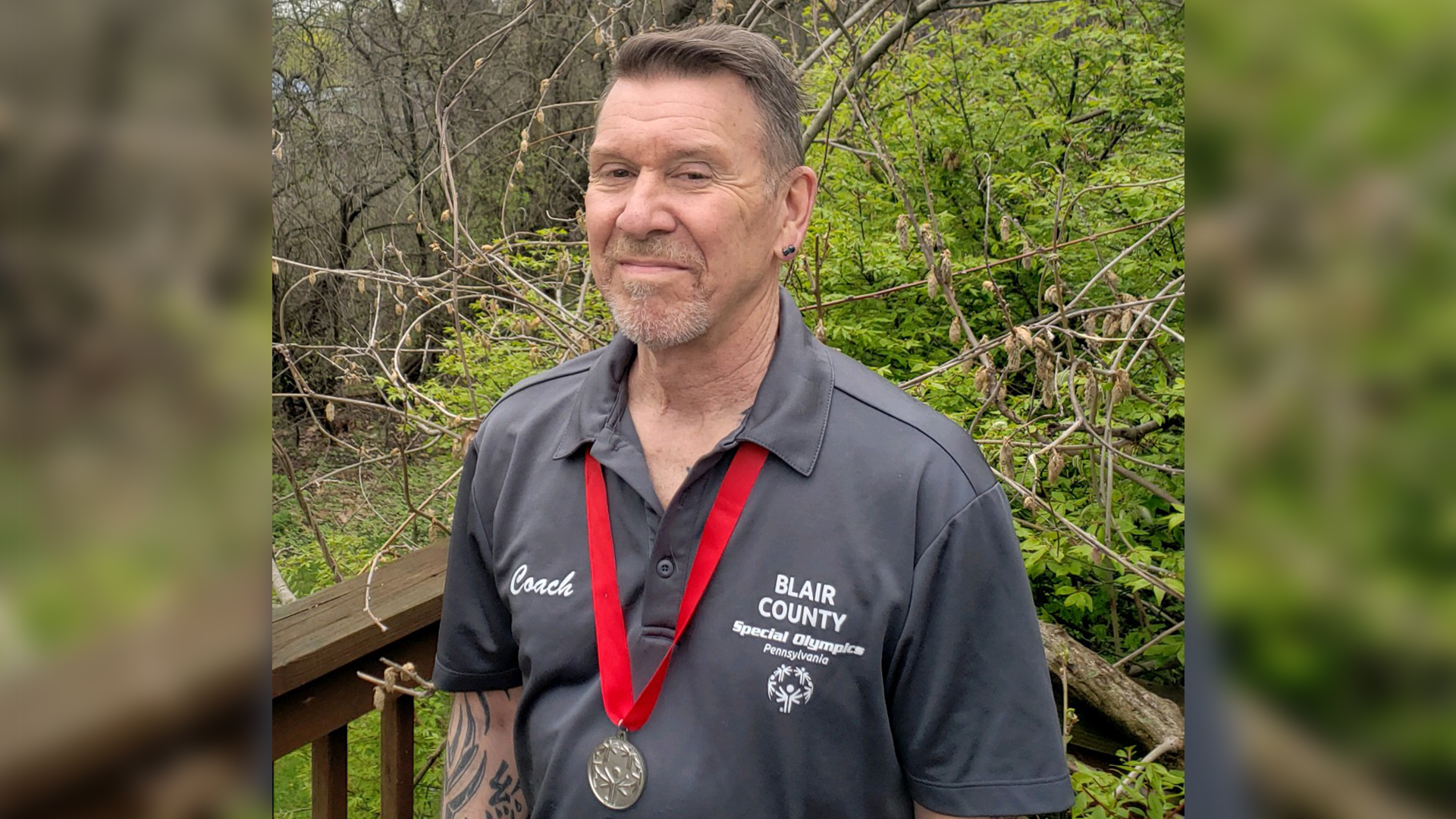 Dr. John Walter, a veterinarian in Tyrone, was recognized in 2011 as the state of Pennsylvania’s Special Olympics Coach of the Year. (Courtesy: John Walter)

TYRONE, Pa. — By day, Dr. John Walter, 64, is the veterinarian at Tyrone Veterinary Associates, a practice he joined fresh out of school in 1983 and ultimately purchased in 1994. As a small-town vet, he treats primarily small companion animals. But on the evenings and weekends, Walter transforms into coach John, and coaches a dozen-and-a-half or so different athletes on three different Special Olympics teams in Blair County, Pa. On top of that, he participates as a unified partner athlete with his Special Olympics bowling teammate.

It all began for Walter in 1987 when he answered an ad in the local newspaper recruiting volunteers to attend a meeting to start a local Special Olympics program. At that initial meeting were Walter and one other volunteer, along with three potential Special Olympics hopefuls.

Today, 33 years later, that initial meeting hosting a total of five people, has blossomed into a model, county-wide program boasting more than 300 athletes and dozens of volunteers who help out, coach or play as unified partner athletes alongside their Special Olympics teammates.

He has dedicated 33 years to the Blair County Special Olympics, which equates to more than half of his life. In 2011, the State of Pennsylvania honored Walter as their Special Olympics Coach of the Year. But what’s more meaningful to him is the opportunity to work, coach and participate with the athletes. And it was those very athletes themselves who recognized their own coach John several times as the annual Coach of the Year.

In nearly three and a half decades, Walter has led his teams to countless regional, state and even national championships, and he and his teams have traveled together throughout the United States.

“It’s very exciting and very gratifying to have athletes, some you haven’t seen for years, remember you and run up to greet you,” Walter said. “To see the difference you’re making in the lives of those athletes is indescribable. Special Olympics truly becomes a lifestyle for these athletes … and for their coaches.”

Many of the coaches and volunteers get involved because they either have children or family members with intellectual disabilities. But for Walter, it was something deeper. A pull. A tug at his heart.

With no athletic ability or sports experience himself, Walter grew up in small-town Pennsylvania, less than half-an-hour from where he now lives and practices veterinary medicine. The self-proclaimed “fastest kid on the playground” was far more interested in academics than in sports and that continued into adulthood.

Four years after launching his career, however, he plunged headfirst into the sports arena called the Special Olympics, which has grown into a multi-faceted and highly structured international dynasty.

Walter, along with thousands of other local volunteers across the globe, each play their own integral part which parlays into the much bigger picture. Everything with Special Olympics, however, starts at the local level. Fundraising, uniforms, the selection of team names and colors. Local volunteers – some of whom choose to become certified coaches. Outreach to the schools to recruits younger athletes as well.

“Special Olympics is truly an investment. One player and one athlete at a time,” Walter explained. “It takes a global army of local volunteers who are willing to share their talents, their love and their hearts. It is a group of individual athletes who make up a team, and several teams who make up a region. Several regions, in turn, make up a state. But it all begins at the local level — one athlete at a time, one volunteer at a time, one coach at a time.

“Special Olympics is a collection of team sports in which these players, most of whom have intellectual disabilities, can truly be a part of something. During their time as an athlete, often participating well into their later years, these players are surrounded by their peers. And, frequently for the first time in their lives, they’re just like everyone else — completely normal.”

And just as it becomes a lifestyle for these athletes, so, too, has it become a nearly three-and-a-half-decade lifestyle for John Walter. Together he and his players learned the leadership and athletic skills needed to create and build a team, which has since evolved into a family. And Walter’s Special Olympics teams are the family he plans to stick with well into the future.