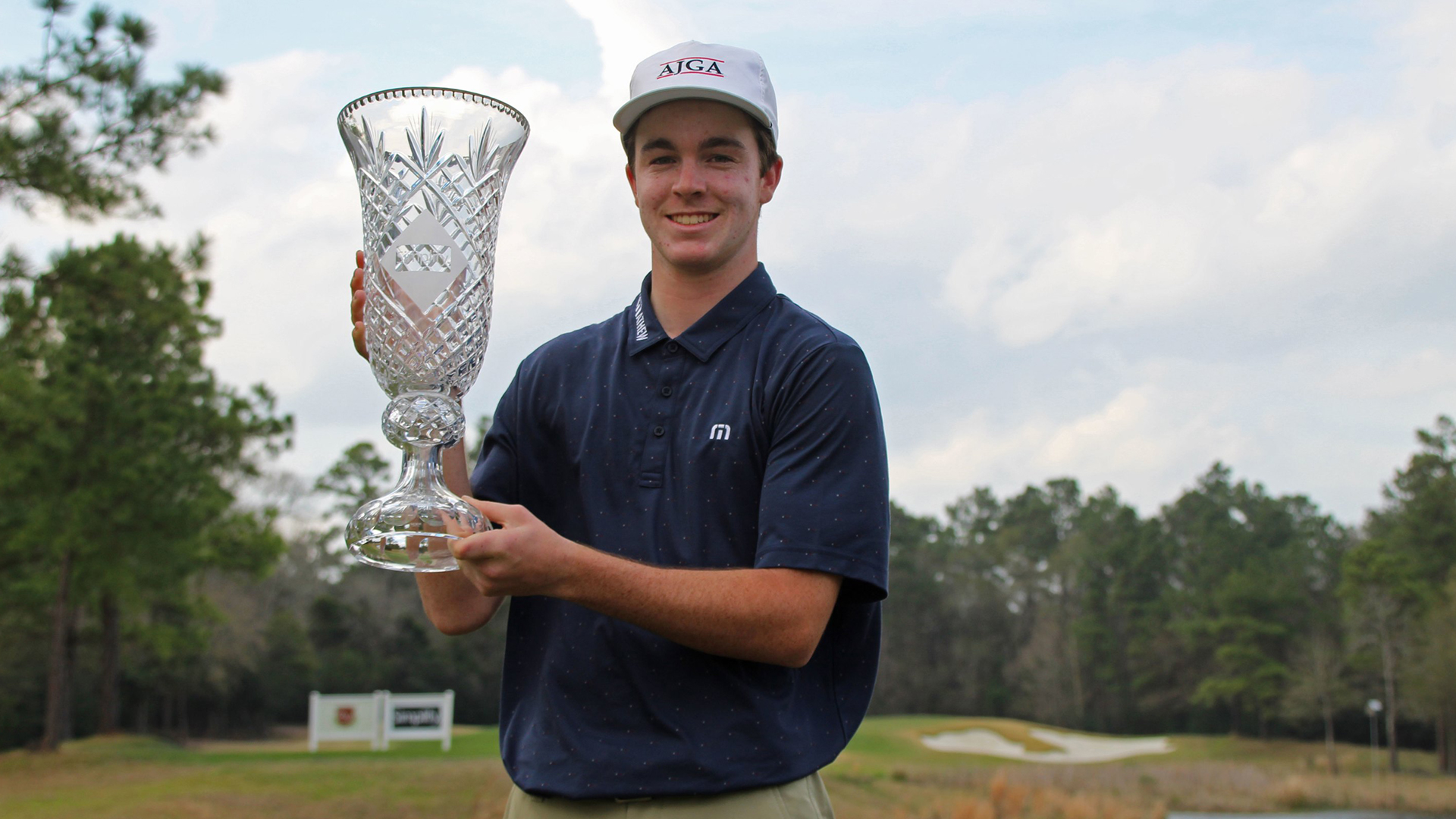 CARLSBAD, Calif. (BVM) – The great Tiger Woods has served as an inspiration for Luke Potter. The La Costa Canyon High School rising junior said Woods’ drive to perfection and will to win has inspired him to do the same.

That inspiration has not only led to tangible results, but has placed the Encinitas native in the company of Woods and a handful of other legendary golfers.

Back in February, Potter won the American Junior Golf Association (AJGA) Simplify Boys Championship at Carlton Woods and did so in record-setting fashion. After setting a course record in the second round at 10-under-par 62, Potter ﬁnished his ﬁnal round with six birdies to bring his tournament total to 22. The sophomore claimed the 54-hole AJGA tournament record with a score of 20-under-par 196.

“When you look at the names on the trophy, it just gives you conﬁdence that you are on the right path,” Potter said. “If I keep practicing hard, I think there’s a good chance I will be in their position down the road. It gives me great conﬁdence moving forward.”

Potter certainly has plenty to look forward to as the No. 4-ranked golfer by the Rolex AJGA Rankings has verbally committed to the University of Arizona State.

From the facilities to the coaching staff, the Sun Devils appear to be a perfect match for the 2018 AJGA Junior All-Star.

“ASU is the right spot for me because the facilities are fantastic and the coaching staff is great,” Potter said. “The courses in the area are great and there is a great variety of courses we get to play at and improve on our games.”

The three golfers ranked ahead of Potter in the Rolex AJGA Rankings are each seniors which means the sophomore is likely to claim the top spot upon the release of updated rankings. In fact, Potter is one of just two sophomores in the ranking’s top 10.

Potter’s win at the AJGA Simplify Boys Championship at Carlton Woods is his second AJGA Invitational win. His ﬁrst came at the 2018 AJGA Junior All-Star Invitational at Reynolds Lake Oconee.

With plenty more championships expected to be attained before Potter heads off for Tempe, Potter’s record-breaking performance at Carlton Woods might just be the beginning of his story.

“I hope to end up playing on the PGA Tour,” Potter said. “I think my game is good right now, but there is a lot of room for improvement.”