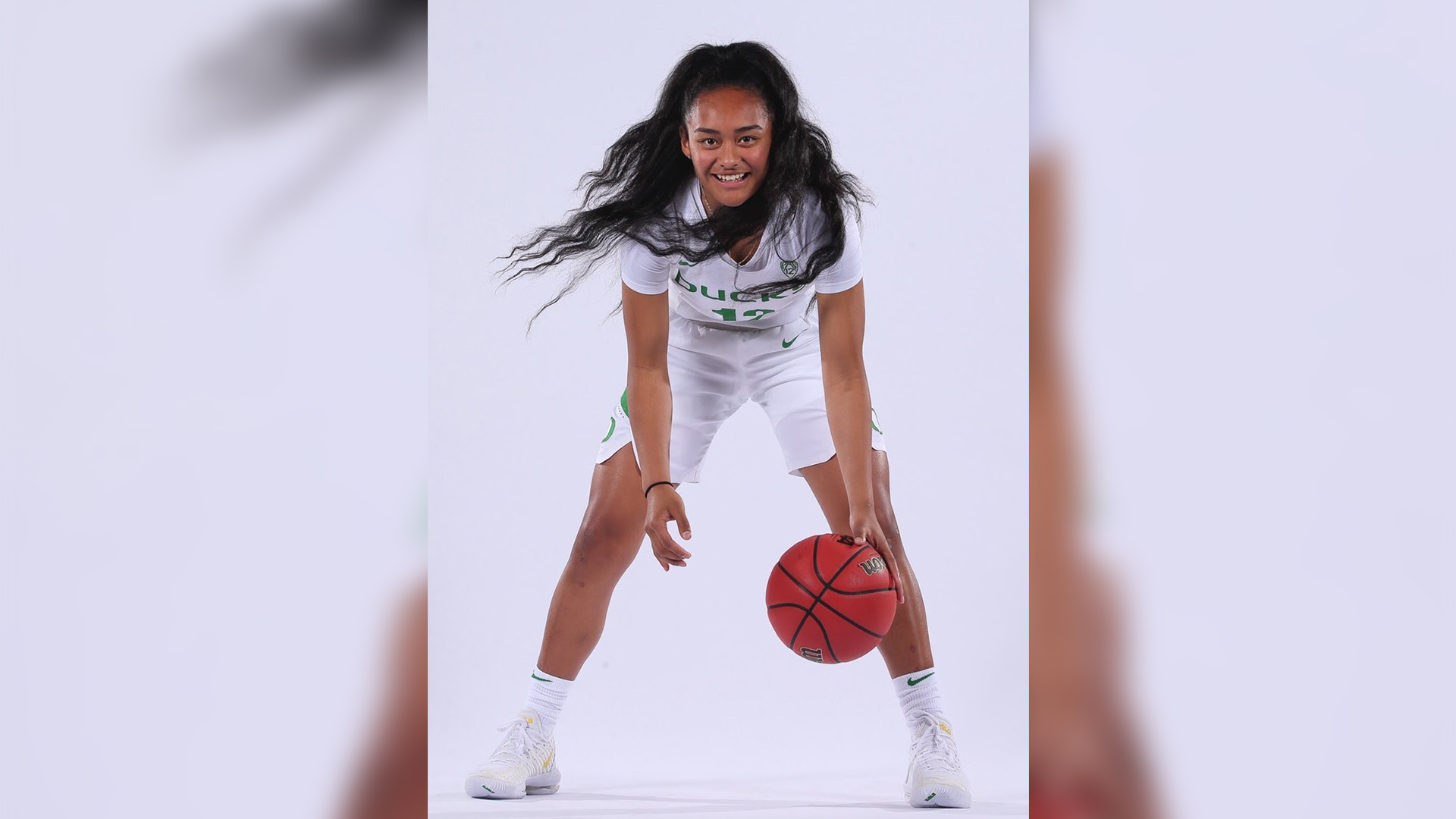 LA JOLLA, Calif. (BVM) – The top-ranked Oregon women’s basketball team had its remarkable 2019-20 season and 19-game winning streak ended short due to the spread of the novel coronavirus. The premature conclusion meant the Ducks had to say goodbye to two of the nation’s top 10 players.

Sabrina Ionescu and Ruthy Hebard, both seniors, earned Associated Press first-team All-America honors as the duo combined for 34.8 points per game in their final season in the green and yellow.
The loss of two of the program’s all-time greats won’t be easy to overcome, but Oregon is as well-positioned as any team to return to college basketball’s mountaintop.

Although the Ducks will look much different in the 2020-21 season, they’ll replenish with ESPN’s No. 1 recruiting class. Sydney Parrish (ESPN No. 10), Kylee Watson (ESPN No. 15), Maddie Scherr (ESPN No. 19) and Angela Dugalic (ESPN No. 24) will join Oregon in the fall, but it’s a guard from La Jolla Country Day School who has head coach Kelly Graves drawing comparisons to Ionescu.

Te-Hina Paopao rounds out the Ducks’ top-ranked 2020 recruiting class and is the first Gatorade California Girls Basketball Player of the Year to be chosen from La Jolla. The 5-foot-10 senior follows in the footsteps of former California award winners like Lisa Leslie and Diana Taurasi.

Ranked No. 33 nationally by ESPN, Paopao averaged 22.3 points, 7.8 rebounds, 4.3 assists and 3.1 steals during her senior campaign in which she led the Torreys to a 30-1 record. The Coastal League Player of the Year, Paopao was also the MVP of the Nike Tournament of Champions and a finalist for the Naismith High School Girls Player of the Year award. If that’s not enough, the future Duck was chosen to play in both the McDonald’s All-American Game and the Jordan Brand Classic.

“Te-Hina’s skillset is incredible,” Graves said when the Ducks announced their 2020 signing class. “She reminds me of Sabrina (Ionescu) in her ability to affect the game in so many ways.”

Just like Ionescu, Paopao is not just a scorer or facilitator but a jack-of-all-trades and well-versed in every skill that makes a hooper standout. Paopao’s 10 double-doubles during her senior season is evidence of that and her 19-10-10 triple-double she tallied in February paints a clear picture of her versatility.

The La Jolla star has not only warranted elite comparisons from Oregon’s leader, but praise from the head coach of an opponent.

“Te-Hina is just something special,” said Jackie Turpin, head coach at Cathedral Catholic High who Paopao scored 26 points and grabbed 13 rebounds against in February. “She has a great stroke from mid-range and from deep, she’s very crafty getting to the rim and she makes everyone around her better. Her form after two ACL injuries is amazing; it’s like they never happened.”

As Oregon looks to return to the Final Four like they did in 2019 and compete for a national championship, they’ll do so with the nation’s top-ranked recruiting class, the program’s first-ever. The Ducks’ five players in the ESPN top 35 are the most in the country, with no other team signing more than three.

Even though Paopao will be surrounded by plenty of high-level talent, it’ll come as a surprise to no one if the La Jolla graduate becomes the next face of the program, not even her future head coach.

“She is a strong rebounder, an uncanny passer and an elite three-point shooter,” Graves said. “She’s an unselfish teammate, a hard worker who always plays the game with a huge smile and a baller to the max with a really high basketball IQ.”