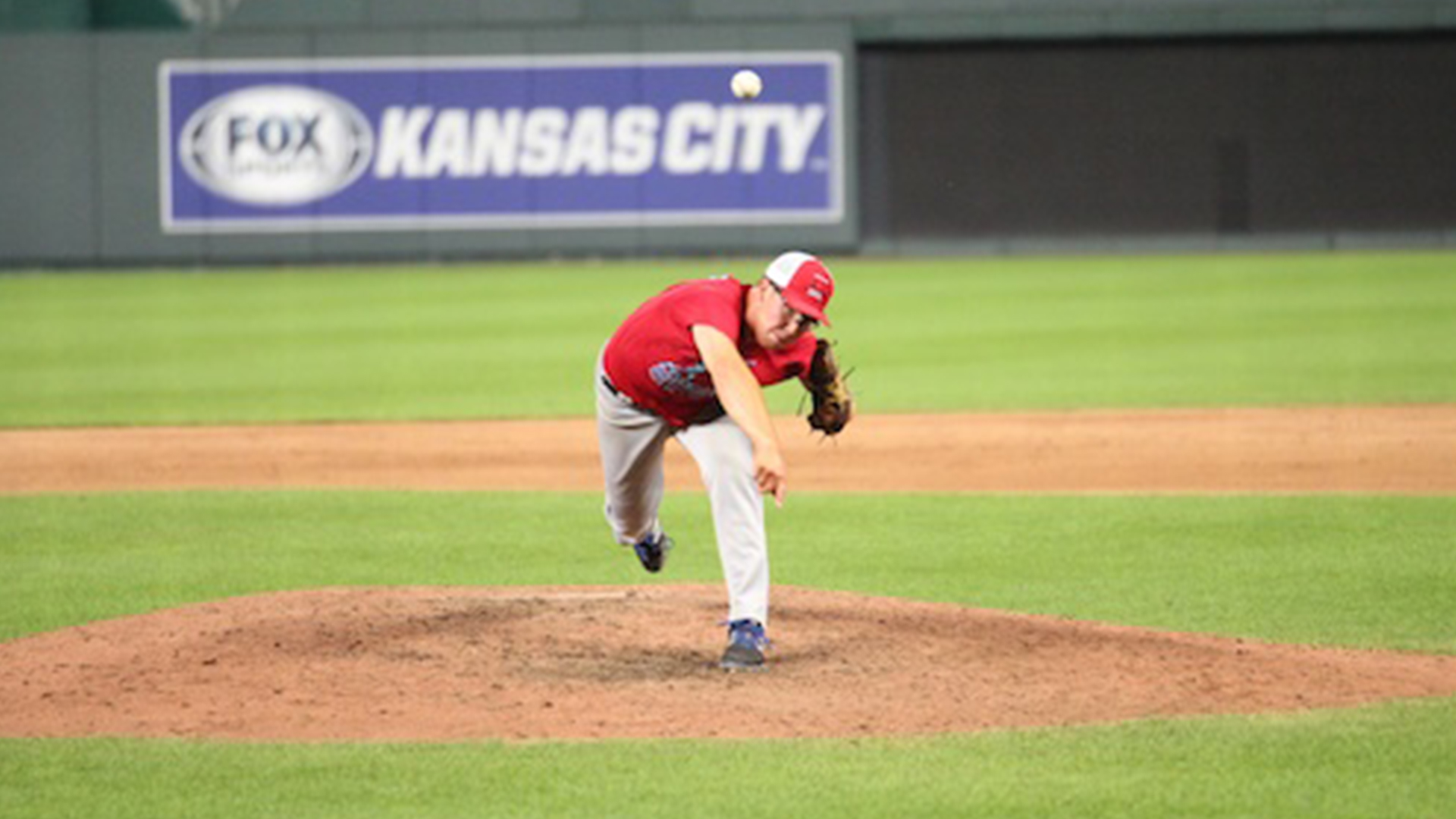 CANEY, Kan. (BVM) — Even if high school spring sports hadn’t been canceled around the country this year due to the COVID-19 pandemic, it would’ve been nearly impossible for Jace Kaminska to top his junior season.

The Caney Valley grad didn’t allow an earned run in 2019 and put together the most dominant stretch of pitching in the history of Kansas high school baseball. Kaminska, who was named the Gatorade Kansas Baseball Player of the Year for the second straight year in May, not only set a state record with his perfect 0.00 ERA, he also struck out 29 consecutive batters over three games, shattering the previous state record of 12. It’s also the second-longest streak in national prep history.

“I didn’t even think about it for the longest time,” Kaminska said of the strikeout record. “The only time I really kind of thought about it was when it ended.”

It ended after only three outings, but those outings came over the course of about a month because the Bullpups were rained out several times. That didn’t do much to dampen the excitement surrounding the record-breaking performance, however.

“It was pretty awesome,” said Jace’s dad and Caney Valley head coach Mike Kaminska. “Everyone knew his record and it was making news everywhere we’d go and everybody was talking about stopping the streak … When a kid finally hit a ground ball, I thought he may lose it, but he just shook his head and went on and started another one so that was pretty neat.”

The future Wichita State Shocker finished his junior season with 85 strikeouts while walking three and allowing seven hits over 32 innings pitched. His innings were limited in part because of the strict limits placed on pitchers by the Kansas State High School Activities Association. Also, Jace had little to prove considering his college plans were already made.

“I wasn’t really worried about him getting a whole lot of innings,” Mike said. “He had already been seen and had a scholarship. I’m not here to get him hurt. His biggest games were ahead of him.”

Jace said he chose WSU because the program stuck by him throughout the recruiting process. He’s also looking forward to learning from pitching coach Mike Pelfrey, a former Shocker who became a first team All-American and a first-round draft pick of the New York Mets in 2005. Jace hopes to make the kind of impact Pelfrey did at Wichita — and he doesn’t want to waste any time.

“I’d like to come in as a freshman and be a weekend guy,” Jace said. “I want to be a starter at least one night a week, preferably a weekend because that’s your one, two and three guys. I think I’ve got a good chance to do it if everything goes the way I plan.”

What made the 6-foot-2, 200-pound righthander so dominant at the high school level was his velocity combined with his ability to locate his pitches.

“He’s got really good control,” Mike said. “He can kind of paint it wherever and he’s got three pitches so it makes him pretty tough to hit.”

Jace’s fastball velocity already sits around 90-93 MPH and he hopes to bump that up to 92-95 by the time he’s ready to suit up for the Shockers. But Jace’s goals go beyond college, and there’s no doubting his potential as a future Major League Baseball draft pick. Last summer, he competed in front of scouts from all 30 MLB teams in the Midwest Showcase held at the Kansas City Royals’ Kauffman Stadium. He’s also already rated as the top right-handed pitching prospect in Kansas by Perfect Game and Prep Baseball Report.

This year’s MLB first-year player draft was cut down to only five rounds, but Jace will be eligible to be picked again in three years after his junior season with Wichita State. And he’s confident he knows what he has to do to become a major league-ready pitcher.

“Command three pitches,” Jace said. “I can throw a changeup right now, and that’s usually the money-maker for anybody, but I need to get to where I can throw all three (pitches) anytime I want and right now I’m at two so if I can get to there and put two or three more miles per hour on my fastball, I think I can do it.”