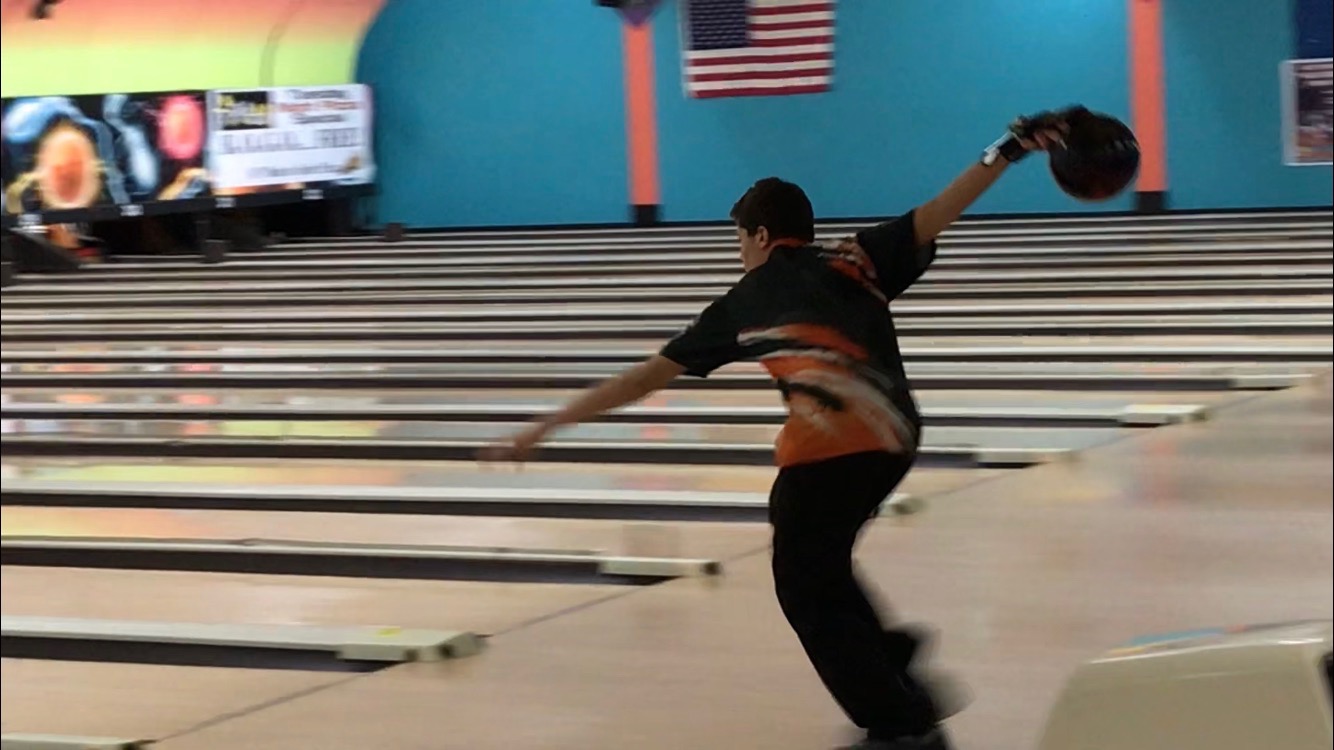 SAINT CHARLES, Ill. (BVM) — Tyler Johnson is a 17-year-old from St. Charles, Ill. An exceptional bowler, Johnson picked up the sport at age 4 and bowled on the varsity team at St. Charles East High School all four years he was there. However, winning a state title had eluded Johnson and his team, after qualifying last year in his junior season but finishing in fourth place.

With his last shot at a state title on the horizon, Johnson and his team were determined to win this season.

“We definitely had high expectations because we had the same starting five lineup of bowlers as last year,” Johnson said.

Just two days before the Illinois bowling state championships though, Johnson came down with the flu. He went to the doctor who advised him not to play. In fact, the 17-year-old’s mom had called his coach to tell him he would not be bowling at state. But luckily, Johnson made a quick recovery, as there was no way he was going to let his high school bowling career finish like that.

Johnson ended up bowling at state with the rest of his team that features some other standout bowlers, including Edgar Burgos – a past winner of the Junior Gold tournament and the individual winner at state as a freshman last year. He joins his cousin Edward, who bowled a 298 at state this year. Nick Cutrara is another member of the squad who bowled a 288 on day two at state, while Ed Nawrocki, Nate Greco, and Josh Cole rounded out what was a dominant St. Charles East team.

Also joining Johnson on the team was his younger brother, Connor, who was a nationally ranked high school sophomore and a bowler who may even be superior to his older brother.

“Even before high school we have had sibling competition and he was the better bowler,” the 17-year-old said.

The state championship is played over two days with 12 total games bowled. After a tough start – that at one point saw St. Charles East sitting in sixth place – the team held strong on day two, but they were still down heading into the final games.

The second to last is where they would make their incredible comeback, led by Johnson’s 300 game. It was the second perfect game of his life and could not have come at a much better time. Thanks to the senior’s perfection, St. Charles East finally captured the program’s first-ever state bowling championship.

While most of us would be shaking trying to bowl a perfect game on this stage, Johnson was completely calm. He had bowled a perfect game in league before, but never at a highly competitive stage of this level.

“Honestly I wasn’t too nervous, it was probably helpful that the entire team was going crazy and everybody was bowling well,” Johnson said.

Averaging a 214 in his senior season, Johnson went out on top about as well as you could ask for.

“It’s just fantastic. To have all of these friends that I have had, these bowlers who are national level bowlers be able to shine and actually pull off the victory…from having the flu to being in sixth place at one point and then having such a comeback, it just was a great experience,” Johnson said.

A straight-A student in high school, Johnson plans to attend Western Michigan University in the fall along with one of his fellow bowling teammates where he will study mechanical engineering. While WMU does not have an actual bowling team, the 17-year-old will still look to continue with the sport as he aspires to start a club or perhaps join a league there.

Johnson will leave the St. Charles East program in good hands with his brother Connor and Edgar Burgos leading the team among others. His coach Steve Dessauer is also a great leader who has meant a lot to the bowler’s career.

“We call him ‘Chef’ since he is a culinary arts teacher. He’s always been there for mental encouragement and working with us for our physical game,” Johnson said.

Although Johnson will soon be taking the next step in his life, he will always remember his senior bowling season, as he filmed he and his teammates all year in order to create a documentary. Most 17-year-olds probably wouldn’t think of doing this, but it is something Johnson enjoys.

“I have the hobby of making videos and it is just a cool thing to document,” Johnson said. “It’s a great story to tell being senior year and with the state victory.”

A filmmaker, a straight-A student, and an obviously incredible bowler, Johnson has a bright future ahead of him as he leaves Illinois for Michigan. Ultimately though, there is little doubt his contributions to the St. Charles East bowling program, and what he did that Saturday in bowling a perfect game for the state title will ever be forgotten.