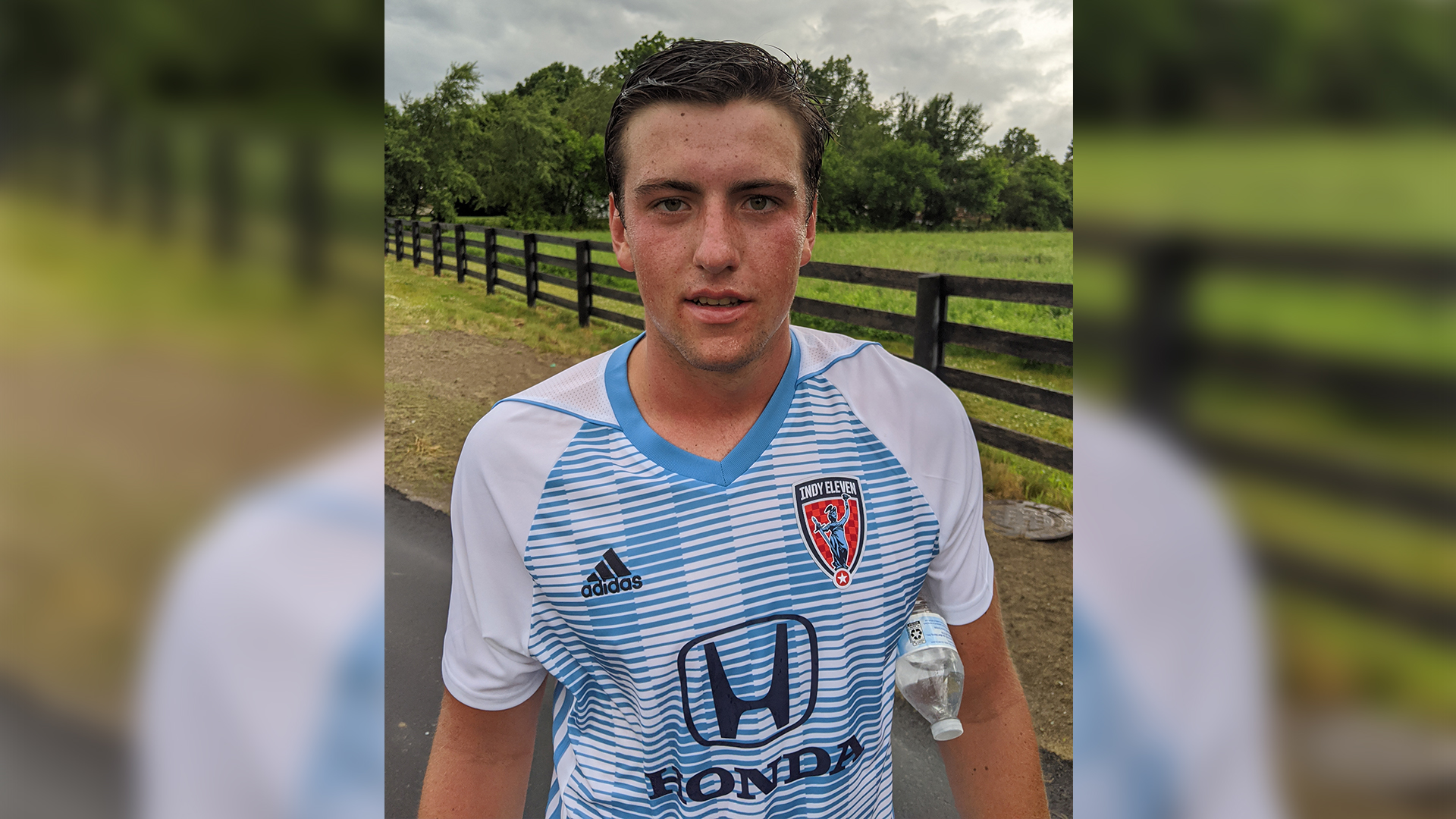 CLEVELAND (BVM) — The St. Ignatius High School boys soccer program has been a powerhouse in the state of Ohio, even being named boys soccer team of the decade nationally by MaxPreps. Over the last few years, a big reason why has been the play of soccer star Kyle Folds.

Folds has put up exceptional numbers during his Wildcats career, while also helping the team to an undefeated state championship season last fall. His impact play earned him the Gatorade Ohio Boys Soccer Player of the Year award last month as he gets ready for his collegiate career at Indiana University.

The 18-year-old first began playing soccer at 7 years old, and now primarily plays center back and center mid while out on the field. The 6-foot-2 soccer star credits his physical dominance but also being able to play on the ball with soft feet as reasons for his success.

A baseball and basketball player as well growing up, Folds grew a love for soccer in his youth due to the high pace and constant movement of the sport. During his youth career, Folds primarily played for local soccer club Team Challenger FC. While playing for the club, he helped lead the team to a win in the Premier Supercopa – one of the biggest soccer tournaments in the country.

Folds also won several state championships in his youth career, and developed many cherished friendships while playing. But perhaps his most notable personal accomplishment was getting to go play at West Ham United in England while in fifth grade after being selected to an international travel team.

The soccer star has continued to play with several different club teams including the Columbus Crew Academy and the Indiana Fire Academy, and is currently under a USL Academy contract with the Indy Eleven. He believes all the high-level experience he has gotten on these club teams will help him in his future soccer career.

But in between the club soccer, Folds put together an outstanding high school soccer career at St. Ignatius. During his freshman year, Folds played on the Wildcats’ junior varsity squad, which did disappoint the rising star, but also motivated him to be better.

“It was a little bit of a disappointment to me because I wanted to make varsity,” Folds said about playing on JV freshman year. “After that season I worked the hardest I ever have before to try and make varsity the next year.”

Folds did just that, becoming a starter for St. Ignatius’ varsity soccer team. The 18-year-old burst on the scene with three goals and eight assists in his sophomore year, and improved on that mark with nine goals in his junior season.

During his junior year, Folds even made it on to SportsCenter’s Top Plays with a spectacular goal early in the season in a game against rival St. Edward.

“It was just a great shot,” Folds said. “It couldn’t have been more perfect and felt so good. It was nice having that against our rivals with our fanbase there and it was just awesome.”

But what eluded Folds and the rest of his team in those two seasons, however, was a state title. Both years the Wildcats made it to the state semifinals. In Folds’ junior season, the loss in the state semifinals was an overtime heartbreaker, which motivated him and his team going into 2019.

Folds would again improve on his numbers senior year with 10 goals and five assists. But his team as a whole would make impressive strides, holding opponents to just nine goals scored all season. The success would culminate with a 21-0-2 overall record, and a 4-0 state title win over Olentangy Orange.

“Winning the state championship was something our whole squad had been trying to accomplish for three years,” Folds said. “Being able to finally win it senior year was just great. It capped off a great three years for my class.”

The St. Ignatius soccer standout has deservingly received many accolades over the course of his three years of varsity soccer. Some of the most notable were being named an Allstate All-American after his junior season, and first team All-Ohio after both his junior and senior campaigns.

But perhaps the most notable honor came this summer, as Folds was recognized with the Gatorade Ohio Boys Soccer Player of the Year award last month. The award recognizes Folds’ impressive play on the field, but also the work he does off of it, and the St. Ignatius grad couldn’t be prouder.

“Winning the award was another great cap to my youth career,” Folds explained. “It was unbelievable and I was super excited. I knew I was a top contender but hearing I actually won it was absolutely unbelievable.”

It was a great way to finish what was a special career at St. Ignatius for Folds. He now hopes that he has left his mark on the soccer program for those coming up behind him.

“I think I left a positive legacy,” Folds said. “Our whole team really did and I think this year’s team will always be remembered as unbelievable.”

Folds became the first player in program history at St. Ignatius to commit to play Division I soccer as a sophomore. Initially, Folds had planned to play collegiately at the University of Louisville after falling in love with the school while attending a camp there. However, in 2018, men’s soccer coach Ken Lolla stepped down after 13 years at the helm of the program, leading Folds to rethink his commitment.

Through the entire recruiting process, Folds always had a love for the men’s soccer program at Indiana University. After opening up his recruitment once again, Folds quickly committed to the Hoosiers halfway through his junior year.

“I had some offers from schools like Ohio State and Notre Dame that were tough to refuse,” Folds said. “But Indiana is Indiana for soccer and I just couldn’t pass that up. It’s been a dream of mine for quite a while to play Division I and to go to Indiana is really special.”

Folds will study sports management at Indiana and would like to coach or start a soccer club post-college. But for now, he is focused on his time on the field with the Hoosiers.

“I can’t wait to get started down there,” Folds said. “I want to come in and just work hard and try to get on the field freshman year.”

But Folds hopes his soccer career doesn’t stop there. The 18-year-old wants to play professional soccer after his time with the Hoosiers, and believes that dream can become a reality.

“My goal is definitely to play pro soccer and I think Indiana will prepare me well for that,” Folds said. “I would like to dabble overseas but I think the MLS would be a good league to go to as well if possible. I see myself being able to accomplish it if I just work hard and stay focused.”

One of the best young soccer players in Ohio, Folds is ready to make an impact as he heads to Bloomington, Ind. Hard work and focus will be key, but based on his accomplishments so far, Folds has a great chance at achieving his professional soccer dream.