Major League Baseball released its pandemic-shortened schedule Monday, featuring a tantalizing season opener between the New York Yankees and World Series champion Washington Nationals, even as some teams were still bogged down by coronavirus concerns.

By the time MLB revealed each team’s 60-game slate Monday evening, the Nationals and Houston Astros — last year’s pennant winners — had canceled workouts because of COVID-19 testing delays that one executive worried could endanger the season.

Nick Markakis became the second Atlanta Braves veteran to opt out of the season, swayed by a phone call with teammate Freddie Freeman, who has been stricken with COVID-19. The Texas Rangers said All-Star slugger Joey Gallo tested positive and is asymptomatic.

Opening night on July 23 will feature the Yankees and their new ace, Gerrit Cole, visiting the Nationals. On the West Coast, the Los Angeles Dodgers and their big offseason acquisition, Mookie Betts, will host the rival San Francisco Giants.

Everybody else will be in action by the next day. Teams will play only their division rivals and teams in the corresponding geographic division in the other league.

One quirk of the 60-game schedule is that division foes will play 10 times each, but not necessarily five times in each city. For instance, the Yankees and Red Sox will play seven games in the Bronx but just three in Boston.

Combined with another quirk of this bizarre season — a new rule awarding teams an automatic runner on second base to start each inning after the ninth — home-field advantage could be a huge difference maker, even in empty ballparks.

“I think it does tip the scales to favor the home team if you do get to an extra-inning scenario with this rule in place,” Yankees manager Aaron Boone said.

The schedule was a bright spot on an otherwise shaky day in baseball’s reboot following a shutdown of more than three months. The steady stream of players testing positive and opting out is leading to a growing unease that the full season might not be played.

“Sixty games looks pretty good on paper, but when you go through it day by day, it gets more difficult to kind of see that, the end of the finish line,” Minnesota Twins catcher Mitch Garver said.

“There’s a ton of players out there quoted saying this, but it almost feels like you’re waiting on bad news, right? You’re just waiting on somebody’s camp to break out. You’re waiting for travel restrictions to be shut down across the nation. You’re waiting for a second wave, where things become unplayable and sports take a backseat. We’re all just kind of going day to day right now, making sure that we’re ready for the given day and looking forward to that.”

The Nationals and Astros were idled after not receiving test results from Friday. That came a day after Nationals reliever Sean Doolittle criticized slow test results and a lack of some personal protective equipment.

“Without accurate and timely testing, it is simply not safe for us to continue with summer camp,” Nationals general manager Mike Rizzo said. “Major League Baseball needs to work quickly to resolve issues with their process and their lab. Otherwise, summer camp and the 2020 season are at risk.”

MLB said in a statement that 95% of its intake testing had been completed and the Utah laboratory it’s using had reported 98% of results, a majority of those a day after samples were collected. MLB said it addressed delays caused by the holiday weekend, doesn’t expect them to continue and commended teams for canceling workouts.

But it’s clear that players, managers and coaches have a lot more to worry about than just getting in shape and rounding out rosters.

“You get around the cage and you know you’re not supposed to be touching the cage,” Marlins manager Don Mattingly said. “You have this mask on all day, which is quite honestly cumbersome when it’s hot and you’re working. But it’s something you get used to. When you’re out there and guys are working, it looks exactly the same. You totally forget about it. You can get past it, for sure.”

Mattingly said he tries to be as careful as possible before and after workouts: “You go to touch a door and you’re like, ‘If I can open that without actually having to grab it,’ you’re trying to do that. That’s everywhere now. All the stuff we’re having to do everywhere in the world, especially in the South Florida area where it has been rough lately, that’s what we’re trying to do here.”

Testing hasn’t been an issue everywhere.

“We have not had any, I wouldn’t even say hiccups,” Cleveland Indians manager Terry Francona said. “Our trainers and our medical staff and then the testers, I don’t know what the term is exactly, collectors, whatever. They’ve been terrific. They’ve been on time. I think maybe the first morning we might have had a little hiccup where they were a little late, but from then on, it’s been terrific.”

Indians All-Star shortstop Francisco Lindor said it’s incumbent upon the players to follow every protocol and guideline if baseball is going to be able to re-start — and finish. He also knows there could be more players who opt out for health or family reasons.

“It seems like we’re going to be in a good spot, God willing. That being said, we understand there’s high risk of getting the virus at some point. Hopefully we don’t get it,” Lindor said.

The 36-year-old Markakis joined Braves teammate Félix Hernández in opting out. Dodgers pitcher David Price, Washington infielder Ryan Zimmerman and Colorado outfielder Ian Desmond are among the other players who have opted out.

Markakis said he talked to Freeman, a four-time All-Star, a few days ago.

“Just hearing him, the way he sounded on the phone, it was tough,” Markakis said. “It was kind of eye-opening. With everything that’s going on, not just with baseball but all over the world, it makes you open your eyes.”

Milwaukee Brewers shortstop Luis Urias and pitcher Angel Perdomo tested positive for coronavirus prior to the intake screening and are asymptomatic.

Manager Craig Counsell said there have been no issues with testing, allowing him to focus on getting his team ready for the season.

On Sunday, Counsell had many of the players’ wives and kids appear on the Miller Park scoreboard via a Zoom session while the team was working out.

“The purpose of the call was to really highlight not only are we as a team connected, all of our families are part of this as well, and more than ever before, we are all making sacrifices together, right?” Counsell said.

Brewers reliever Brent Suter said the surprise session “was awesome. I saw a few guys tearing up — I teared up a little bit. That was a great move by Counsell and the wives did a great job keeping it under wraps. It was such a cool, touching moment. It kind of reinforced why we’re here and doing all these things to keep each other safe because it’s about our families, as well.” 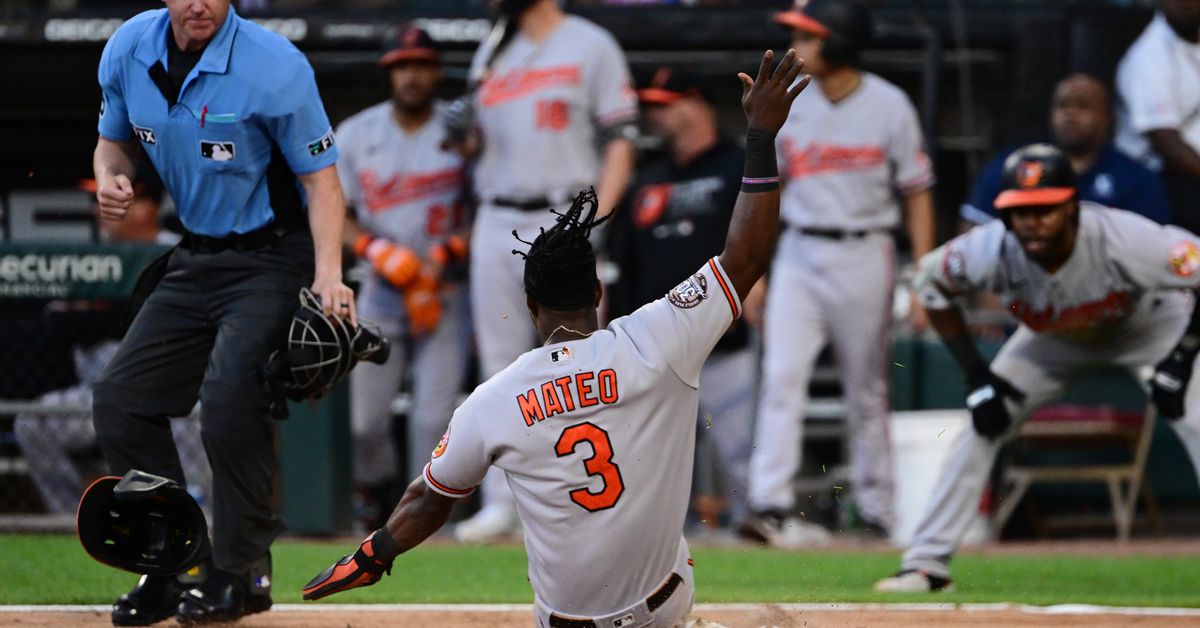 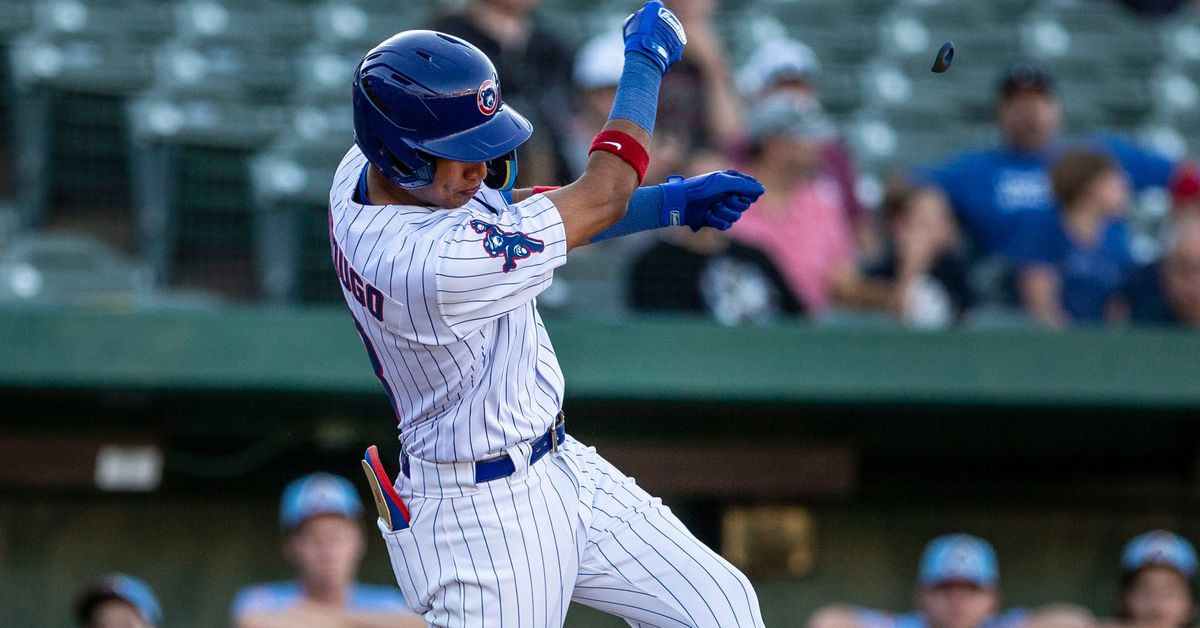 The second-half of the season starts with wins for three of the four full-season teams.