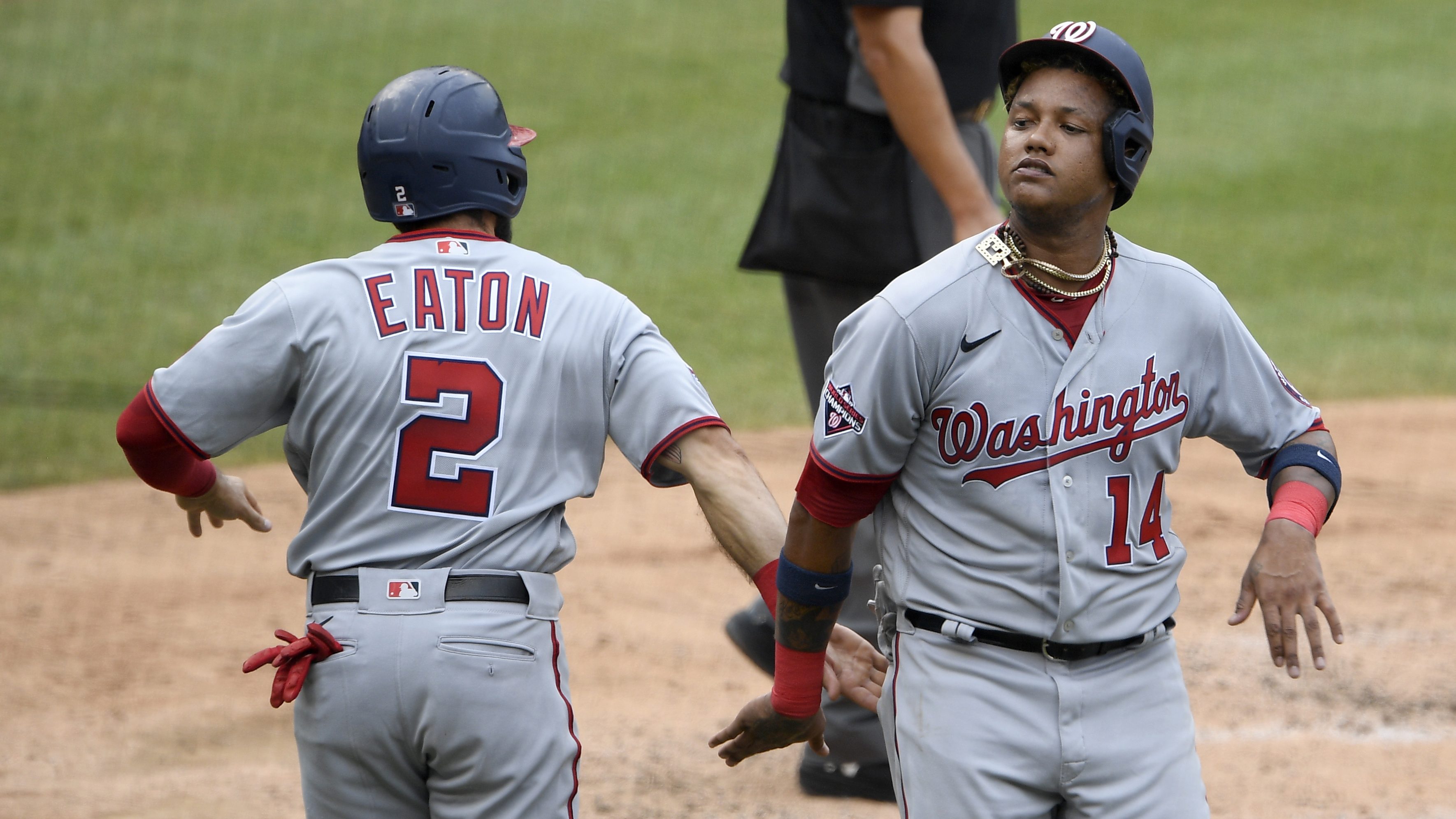 Kurt Suzuki delivered a two-run double and Asdrúbal Cabrera added an RBI double off Ryu (0-1), who gave up Taylor’s two-run shot to straightaway center that he celebrated with a socially distanced dugout dance in the fourth. Taylor is now 2 for 14 this season, a .143 average, but both hits cleared the fences.

Ryu’s ERA is 8.00 after he allowed five runs and nine hits in 4 1/3 innings, his second start under an $80 million, four-year deal Toronto gave him after he was second in NL Cy Young Award voting for the Dodgers in 2019.

Erick Fedde, making his second start in place of a sidelined Stephen Strasburg, gave up two runs in 3 1/3 innings. Ryne Harper (1-0) followed and got five outs for the win. Daniel Hudson pitched the ninth to earn his first save of the year.

Teoscar Hernández homered twice, giving him four during this four-game series at Washington, and Cavan Biggio hit a solo shot for Toronto.

Technically, the Blue Jays were the “home” team for the last two games; they are barred from their Toronto stadium in 2020 and waiting for a Triple-A ballpark in Buffalo to be readied for major league action.

And it appears that Washington will be the Blue Jays’ home for a bit longer. That’s because neither they nor the Nationals will play again until Tuesday, a four-day gap that is normally unheard of in baseball, where clubs can go weeks at a time without any respite.

In a season already delayed and cut to 60 games — at least — by the pandemic, odd scheduling is the norm now. Washington was supposed to be at Miami on Friday through Sunday, but the Marlins had more than half-a-roster’s worth of players test positive for the coronavirus and so aren’t allowed to play until next week at the earliest.

The Blue Jays were supposed to be in Philadelphia this weekend, but that series was postponed because the Phillies just hosted the Marlins.

Toronto manager Charlie Montoyo said he thought his squad would remain in D.C. for workouts. That matches Martinez’s plan for his own club.

“Just try to stay positive. That’s why you see me smiling,” Montoyo said about his take on all that’s going on with his team these days. “We’ve got to deal with it.”

Home plate umpire Joe West was bloodied when he was hit in the head by Bo Bichette’s flying bat in the first inning. The 67-year-old West left but returned in the third. Vic Carapazza took over as plate umpire; West shifted to third base.

Nationals: 1B-DH Howie Kendrick missed a second game in a row because of upper back stiffness. Josh Harrison made his debut for Washington, batting sixth as the DH. … Cabrera has a sore toe after taking a ball off his foot, so he played 1B instead of 3B. … Strasburg, out because of a nerve problem in his pitching hand, planned to throw off flat ground Thursday and mix in all of his pitches after just going with fastballs on Wednesday.

A lot of waiting around until the next game for both the Nationals and Blue Jays.