EDMONTON, Alberta (AP) — Ryan Johansen had a goal and an assist, Jusse Saros stopped 24 shots and the Nashville Predators beat the Arizona Coyotes 4-2 Tuesday to even their Stanley Cup qualifier series.

Predators coach John Hynes stuck with Saros after the Finnish goalie gave up four goals on 37 shots in the opener. Saros responded with a strong Game 2 performance, turning away multiple flurries in the first two periods before giving up goals to Clayton Keller and Lawson Crouse 9 seconds apart late in the third.

Nashville had the early jump after falling into a three-goal hole to lose Game 1, scoring on goals by Nick Bonino and Johansen in a span of three minutes of the first period.

Calle Jarnkrok scored in the second period and Viktor Arvidsson put it away with a goal in the third to tie up the best-of-five series heading into Game 3 on Wednesday.

Darcy Kuemper stopped 24 shots for the Coyotes after turning away 40 in the series opener.

Arizona, the Western Conference’s No. 11 seed, won the opener 4-3 after scoring three goals in the first period and holding off Nashville’s late charge.

The Coyotes seized momentum early in that game when captain Oliver Ekman-Larsson scored on a shot that caromed off two Nashville players.

Nashville got the early jump in Game 2, scoring midway through the first period when Bonino beat Kuemper glove side from the right faceoff dot on a power play. Johnansen made it 2-0 less than three minutes later, squeezing a sharp-angle shot past Kuemper after Arizona’s goalie was caught out of position trying to clear a puck.

Saros was sharp in the first period, turning away all 14 shots, and Jarnkrok made it 3-0 midway through the second, beating Kuemper after his initial shot was blocked by Coyotes defenseman Jakob Chychrun.

Arvidsson capped it in the third period, beating Kuemper glove side with a slap shot from the right circle.

Notes: Coyotes C Nick Schmaltz missed his second straight game after taking a shot to the head in an exhibition against Vegas last week. … Nashville has three power-play goals in the series after struggling most of the season with a man advantage. … Arizona is 1 of 9 on the power play in the series after going 0 for 3 in Game 2. … Coyotes backup goalie Antti Raanta left the bench in the second period and the Coyotes said he was “unfit to play.”

Game 2 is Wednesday in Edmonton. 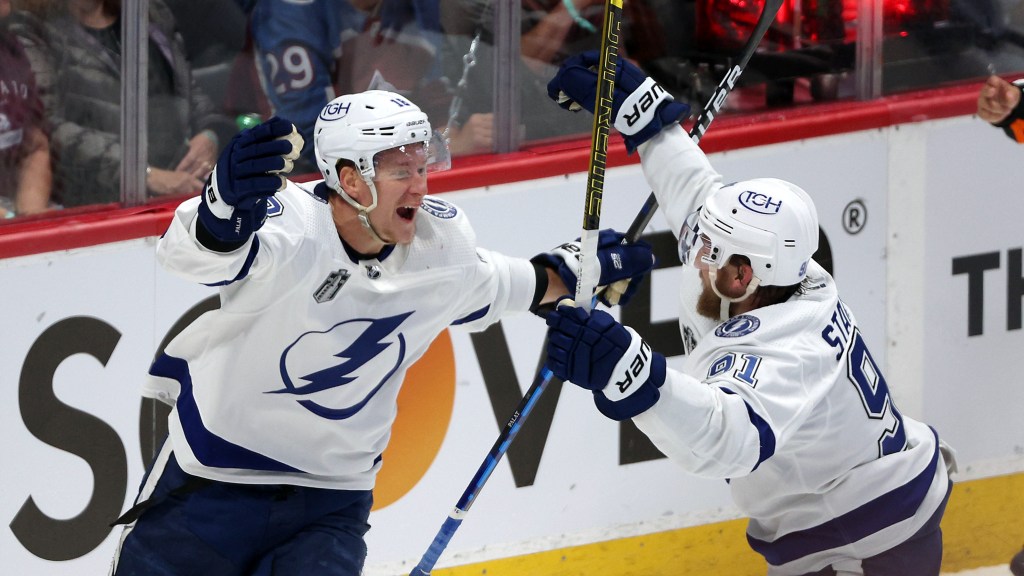 Heroics from Ondrej Palat keep the Lightning alive for another day! 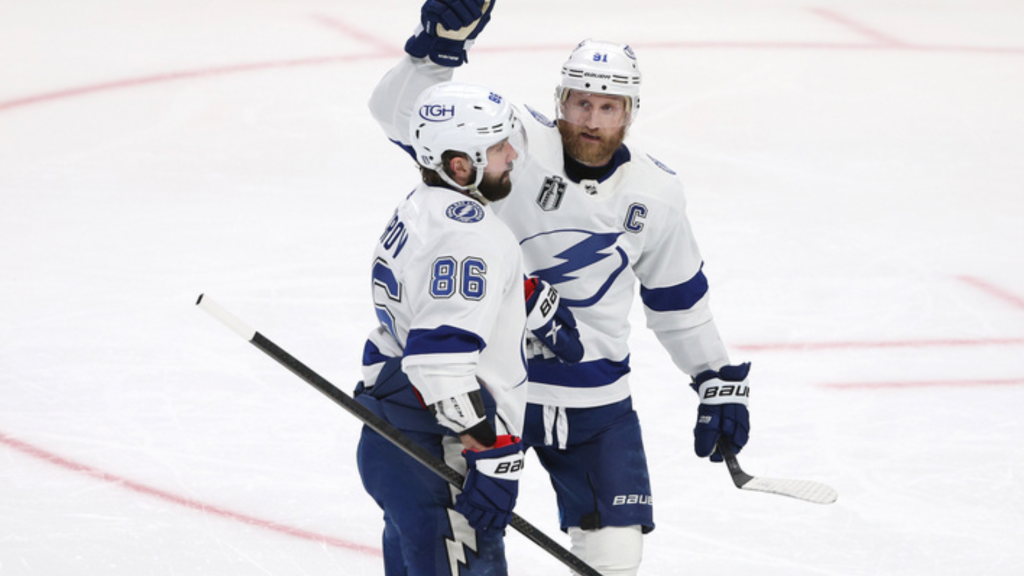 The only other team to make history isn’t one you’ll expect.