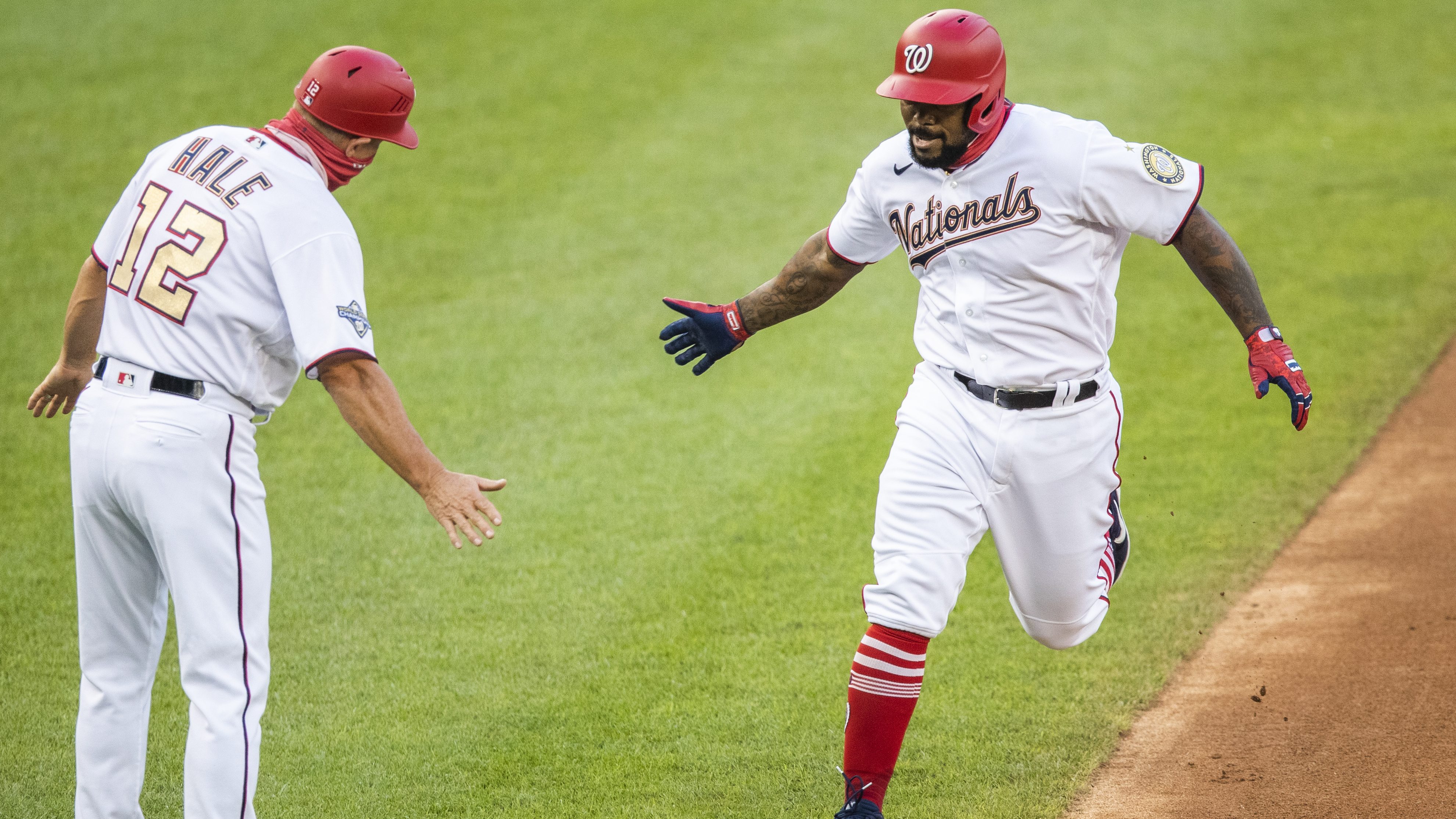 Kendrick — who missed Washington’s last two games with a bad back, so hadn’t played in a week — went 4 for 4. Harrison drove in two runs and stole a base, and Patrick Corbin (1-0) allowed three runs in 5 2/3 innings while striking out eight.

The Nationals won their third consecutive game after a 1-4 start; the Mets are 4-8 after losing six of seven.

Reinstated from the COVID-19 injured list after being out since opening day, Soto made his presence felt for the 2019 World Series champions without appearing in the game.

When Kendrick drove a changeup from Steven Matz (0-2) over the wall in the first, Soto — who was sitting in the stands, wearing a red mask — hopped atop the home dugout and boogied as the speakers blared Montell Jordan’s 1995 hit, “This Is How We Do It.”

Soto repeated the celebration when Harrison delivered his first homer of 2020 an inning later.

By the third, the cushion was 5-0 for Washington, which hadn’t played since Thursday; a series at Miami was postponed because the Marlins had a COVID-19 outbreak.

Washington’s relievers made that stand up. Ryne Harper got out of Corbin’s two-on, two-out jam in the sixth, Tanner Rainey got out of Harper’s two-on, no-out trouble in the seventh, Javy Guerra worked around two singles in the eighth after a 67-minute rain delay, and Daniel Hudson pitched the ninth for his second save in two chances, getting Wilson Ramos to fly out with a man on to end it.

The Mets were missing three starting infielders. They put second baseman Robinson Canó on the IL with a strained left leg muscle, while third baseman Jeff McNeil and shortstop Amed Rosario were listed as day-to-day.

Speedy outfielder Billy Hamilton, acquired from San Francisco over the weekend, was selected from the Mets’ alternate training site but didn’t play.

The Mets’ overnight plane from Atlanta went through a storm. “It got a little bumpy,” manager Luis Rojas said. “I was looking around — I saw a few people kind of, like, holding onto their seats.” … Hamilton’s flight from New York was canceled, but when he was told he could take a train, he declined — citing TV. “I watch too much ‘Criminal Minds’ for the train,” Hamilton joked. He used a car service for the roughly four-hour drive.

Mets: McNeil strained a muscle between ribs on his right side. Even sidelined, his 2020 error total rose: MLB made a scoring change in a July 28 game against Boston, switching a hit for Kevin Plawecki to a throwing error by McNeil. … Rosario has left quad tightness. … Starting for Canó was Brian Dozier, a member of the Nationals last season. Dozier went 1 for 4, made a fielding error and was thrown out trying to get to second base on a wild pitch in the eighth.

Nationals: RHP Wander Suero was reinstated from the 10-day IL; OF Andrew Stevenson went to the alternate training site.