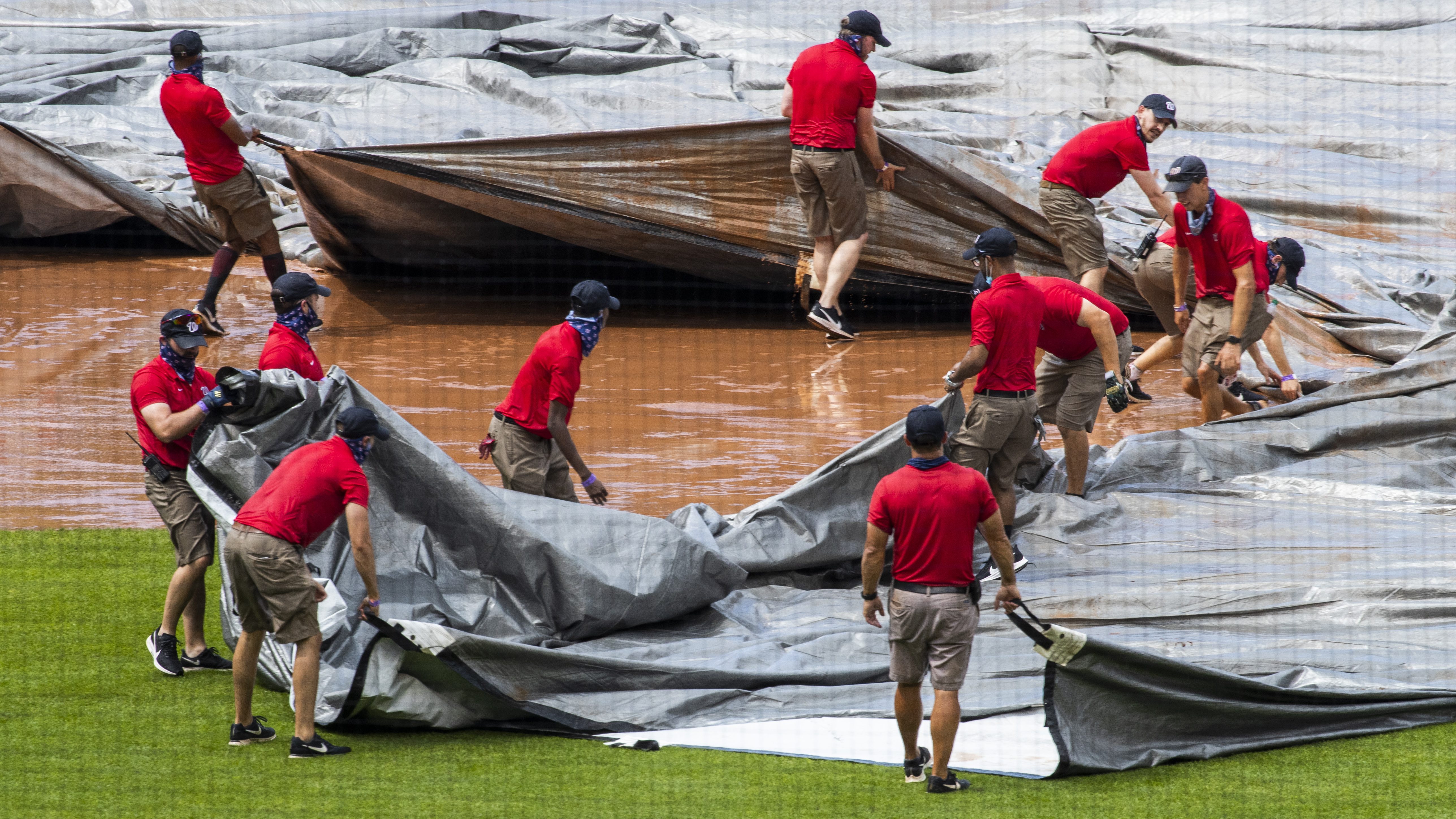 WASHINGTON (AP) — When it rained in the top of the sixth inning of the Washington Nationals’ game against the Baltimore Orioles on Sunday, it really poured on the infield dirt, because the grounds crew had trouble unrolling the giant tarp used to protect the diamond.

The cover got twisted, so the 15 members of the Nationals Park crew needed more than 15 minutes to get the entire thing spread out over the dirt — and even then, it was upside-down, with a sponsor logo facing the ground.

There were large puddles between the bases, a result of the sort of gridlock with which the nation’s capital is all too familiar.

In all, a process usually completed in just a couple of minutes took more than 20 for the tarp to be properly put in place. And by then, the shower was done, anyway, leaving the sun was peeking through the clouds.

Once the tarp was removed, then began the job of trying to make the infield dirt dry enough to allow for a Major League Baseball game resume. Trucks were driven out so that workers could shovel the wet ground into the flatbeds. As the delay stretched past an hour in length — even though it rained for about a third of that time — there were still patches of puddling in the basepaths.

The Orioles were leading 5-2 when the rain came and the delay began. They did all of their scoring in the fifth inning against Stephen Strasburg, the World Series MVP who returned from a nerve issue in his pitching hand to make his season debut.