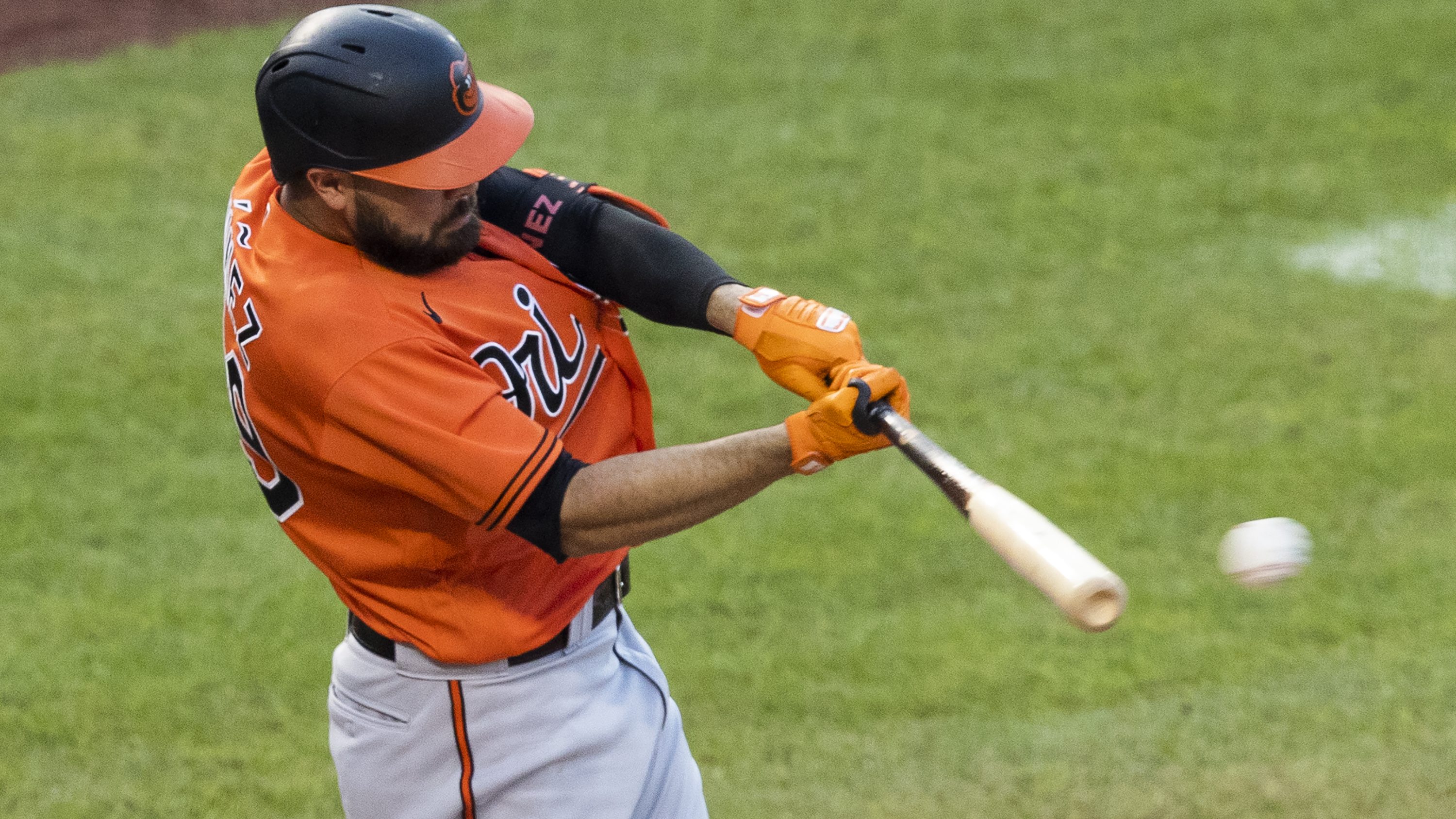 WASHINGTON (AP) — Pat Valaika, Pedro Severino and Anthony Santander homered during a five-run rally in the eighth inning as the Baltimore Orioles roughed up Washington’s relievers and beat the Nationals 5-3 Saturday night.

Sean Doolittle relieved and Baltimore, which routed the World Series champions 11-0 on Friday night, began the eighth with back-to-back, pinch-hit homers by Valaika and Severino.

Daniel Hudson (1-1) took over with one out and after a walk and single, Santander hit his third homer of the season into the left-field bleachers.

Doolittle, who led Washington with 29 saves last season, has a 18.00 ERA this season in four appearances out of the Nationals bullpen.

Juan Soto hit his first home run of the season in the second to give Washington a 1-0 lead. Eric Thames had an RBI double in the sixth as the Nationals went up 3-0.

Soto, who started the season on the COVID-19 injured list, also singled in the fourth inning for his second multihit effort in three games since returning to the lineup.

It was the 21-year old’s first homer since Game 6 of the 2019 World Series. Soto had five home runs last postseason.

Shawn Armstrong (1-0) allowed just one hit and struck out two in 1 ½ innings of middle relief.

Miguel Castro earned his first save of the season with a scoreless ninth.

Orioles: Right-handed reliever Hunter Harvey (right forearm strain) is still around three weeks away from making his season debut. “We’re very encouraged about his progress, and I’m hopeful we’ll get him at some point at the end of this month,” manager Brandon Hyde said.

Nationals: RHP Max Scherzer (right hamstring) was scheduled to throw a bullpen session for the second day in a row on Saturday. Manager Dave Martinez said if all goes well it would set up for Scherzer to start Tuesday at the New York Mets. “My biggest concern is Scherzer being able to push off his leg,” Martinez said. “If he can do that, I think he’s going to be alright.”

Orioles: Asher Wojciechowski (0-2, 5.40 ERA) will start Sunday in the series finale on three days rest. He threw only 67 pitches in his last outing Wednesday against Miami, allowing two runs in five innings.

Nationals: World Series MVP Stephen Strasburg will make his season debut on Sunday. The 32-year old had missed his first two starts of the season because of a nerve issue in his right hand.