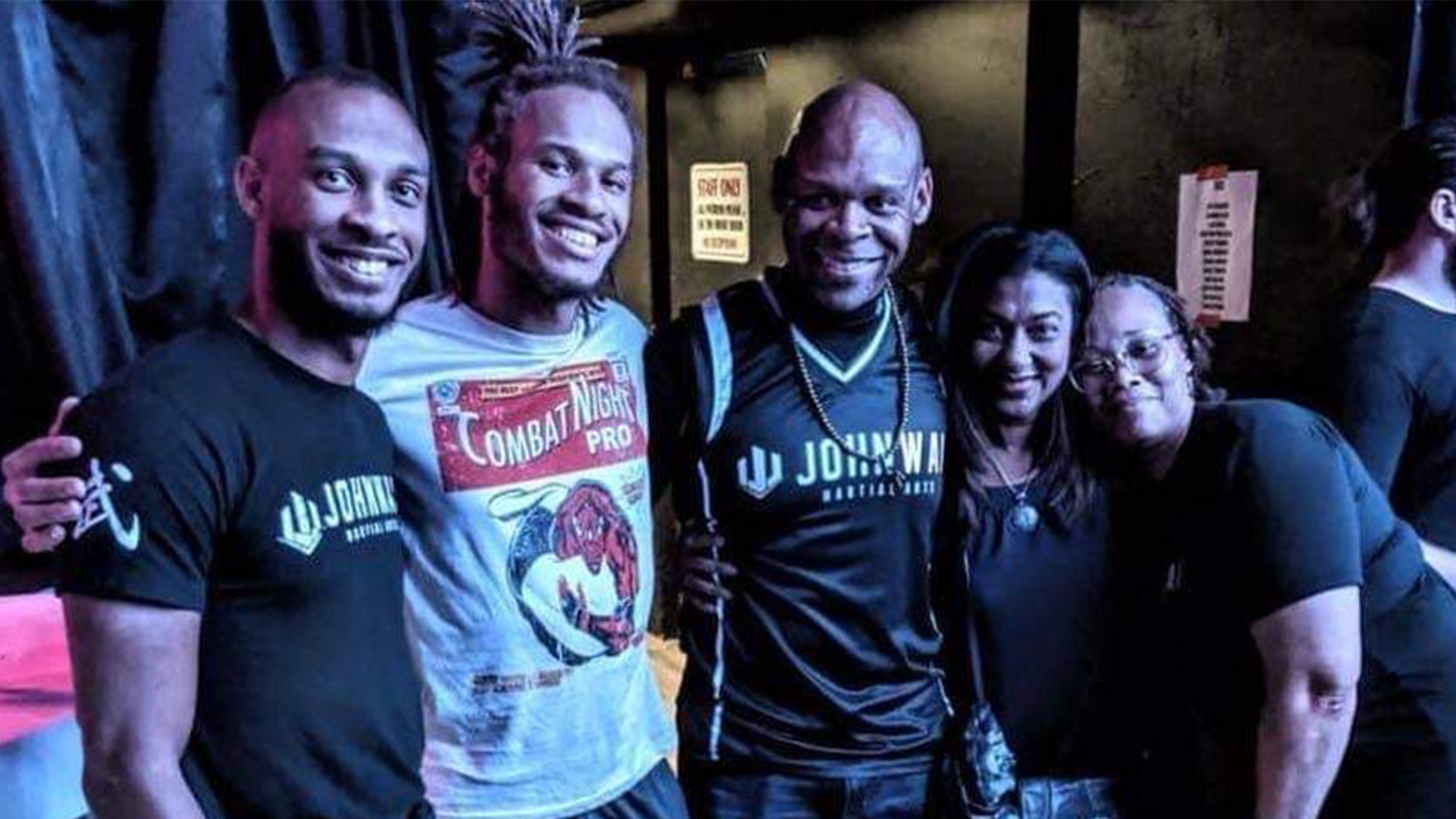 PLANTATION, Fla. (BVM) – Maurice (Mo) and Daniel Morrison of Plantation, Fla., are living proof of the outcome of determination, passion, strength, and hard work. Mo and Daniel both began studying kung fu when they turned 4. They studied under their father, Maurice Morrison, Sr.

When Mo was 9, he began training at John Wai Martial Arts (JWMA).

Daniel started with sparring and Brazilian jiu-jitsu, but after working on forms at JWMA summer school at the age of 9, he decided to embrace the traditional Choy Lay Fut practice as well.

Since then, both brothers have become skilled in many styles of martial arts and have both earned black belts in kung fu. In Brazilian jiu-jitsu, Daniel is a purple belt and Mo is a brown belt. The brothers also both hold titles in best of the best Muay Thai and have earned gold medals at the International Chinese Martial Arts Competition (ICMAC). In addition, Mo has earned a belt from the North American Grappling Association (NAGA).

They both work tirelessly to teach children and adults various forms of martial arts, including sanshou/striking, kickboxing, Brazilian jiu-jitsu, Choy Lay Fut and MMA fitness. It is working to teach others which really grounds Mo and Daniel, while also allowing them to perfect their own MMA crafts.

“Maurice and Daniel are just awesome people and they practice what they preach,” John Wai, sifu and owner of JWMA, said. “They come from a strong family foundation that cultivates dedication, training, passion for teaching, and respect. They have been able to pass that on to others and are true role models.”

Already, Mo and Daniel have earned accolades as amateur fighters. Mo began fighting at age 18, and he has several kickboxing and MMA fights under his belt. Daniel has fought since age 19 in sansou, Muay Thai, and MMA.

Both Mo and Daniel are currently working to build their MMA careers by fighting tough opponents and gaining experience. By the end of next year, their goal is to be able to make the jump to the professional level, with both aspiring to be part of the UFC.

Ultimately, both brothers were drawn to MMA because it is a blending of all disciplines.

“The transition and being able to think in all disciplines at once was quite a learning curve,” Mo said.

Daniel feels that to be the greatest martial artist, one must be the best across all disciplines, so that is what he strives to be.

To help them on their path to greatness, Wai enlisted the help of their trainer, Eric Morel. They were immediately drawn to his expertise, caring, and dedication. Morel works to build their individual strengths and eliminate any weaknesses. This kind of personalized coaching works well with Mo and Daniel since their styles are different.

The brothers describe Morel as a “great mind in the sport.” They are grateful to him and for their training at JWMA, which they say has made them more well-rounded fighters.

“Though we are both more comfortable standing up, at the end of the day, we can go anywhere,” Daniel said. “Even when someone takes us down, we can feel comfortable.”

Mo and Daniel feel that they also owe much of their success to their mom, Erika Morrison.

“Mom taught us that we can do whatever we want,” Daniel said. “She keeps it real, but she motivates us. She is the biggest part of our support system.”

The brothers also appreciate the support that the JWMA family has shown. Wai serves as their trainer/manager, ensuring that they have time to prepare, and that they have good matchups that will help them improve overall. The other JWMA instructors are always ready to help them prepare for a fight, while the parents and students at JWMA are always there to cheer them on.

Mo and Daniel have little time for anything besides instructing others and training to fight — except maybe the occasional video game. Therefore, they are usually found inside JWMA. There they serve as role models to kids, which Mo says makes him work even harder to succeed. He wants to help them find the confidence and focus that martial arts provided for him.

“I want to show the kids that if you have a dream and you want to go out and do it, you can do it. … Some people say that MMA is about the money, but at the end of the day it is about passion,” Daniel said.

It is indeed that passion, hard work, and determination that both Mo and Daniel inspire in their JWMA students and peers.