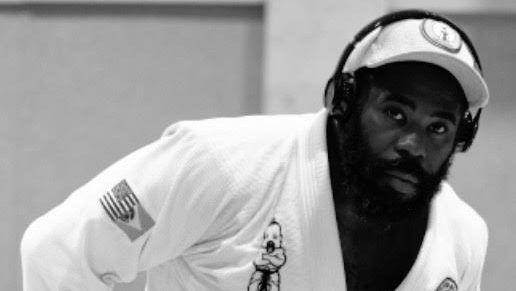 NORTH LAUDERDALE, Fla. (BVM) — Gym owner Jean-Blanchard Mongeois, 39, moved to the United States from his homeland of Haiti in 1999. He was always athletic, but in 2009 he sustained an injury that would change his path. He demolished his ankle playing soccer, which led to bedrest, surgery and physical therapy.

“I needed to learn to walk again,” Mongeois recalled. “During that time, I started putting on some weight.”

In 2010, after the horrific Haiti earthquake, his parents moved to the U.S. as well. Mongeois began driving trucks, a job that led to constant snacking and late-night eating.

In 2016, Mongeois married his beautiful wife, Jennifer. But just a year later, he was feeling short of breath after climbing stairs, so he stopped at a store kiosk to check his pressure and weight. Mongeois was shocked to discover that his weight was 320 pounds.

“The strange thing about weight gain is you don’t realize you gained the weight,” Mongeois explained. “The people who see you every day don’t seem to notice either.”

Therefore, in 2017, Mongeois joined a local UFC gym to work out and get some cardio kickboxing training — hoping to get back to his soccer-playing physicality. At the same time, someone was trying to recruit Mongeois to do jiu-jitsu. One day, to be polite, he tried it out. As a former wrestler, Mongeois figured he would do fine until a 17-year-old kid — that was half his size — demolished him.

“When I got home, I was thinking of what happened,” Mongeois said. “What if I was on the street and had to defend myself?”

That moment directed Mongeois to his Brazilian jiu-jitsu (BJJ) path.

He began his training under Francisco Albuquerque (Toco), who was a black belt in Carlson Gracie BJJ. Mongeois’ first competition was after only a few months of training, and he was promoted at the podium after his first win.

“It was a huge adrenaline rush,” Mongeois said. “I was so excited, I thought, ‘I can see myself doing this all the time.’ I started training more.”

One day, Toco took Mongeois down to Miami to train.

“I got my butt handed to me that day,” Mongeois said. “It was a different level of the same sport, so I decided to start training there in Miami with Roberto ‘Cyborg’ Abreu.”

Mongeois trained twice a day, six days a week. As a result, his weight dropped down to 245 pounds, and he started winning everything. His goal was to become a world champ.

In 2018, Mongeois competed in the International Brazilian Jiu-Jitzu Federation (IBJJF) as a blue belt, and accumulated numerous wins. He won double gold in the Pan-American Games, and was ranked No. 1 in the world in blue belt NoGi and No. 10 in Gi. When he won the world championship — despite a back and knee injury — he earned his purple belt.

Despite his success, Mongeois soon lost his faith in martial arts and his trainers. But just when he thought he was done, he met up with former training partner and instructor, black belt Joseph Shane “Zezhino” Riviera.

Riviera reminded him that a martial arts school should be a place where everyone feels accepted and where the relationship between “master” and student should be one built off mutual respect. Riviera encouraged Mongeois to open his own school, and before long, he did.

In late 2019, Mongeois and his wife opened the Carlson Gracie Broward County Brazilian Jiu-Jitsu School in North Lauderdale, Fla. There, they teach BJJ, judo, wrestling and MMA to kids 4 and up, and adults. This is the only Haitian-owned Carlson Gracie BJJ school in existence.

Since opening his own school, Mongeois has certainly found his true path. He believes that trainers of martial arts are “servant leaders.” This means that instructors are also in the business of customer service. He also believes that martial arts training is supposed to empower you to become a better fighter and a better person.

“If you were born Black, Asian, Hispanic, white, at the end of the day we are on the mat training, and we all bleed red,” Mongeois said. “We welcome everyone who is respectful.”

This is what Mongeois and his main instructor, Riviera, foster in their school every day. In fact, under Riviera’s instruction, Mongeois was able to win his 2019 competitions and earn his brown belt. He will continue competing when COVID-19 allows, with his now powerful and fit, 6-foot-1, 240-pound frame.

Regarding kids’ martial arts training, Mongeois – a father of five — has a powerful message for parents.

“Let your kids train in martial arts,” Mongeois said. “Yes, they may get injured physically, but when you get hurt emotionally, that is the worst hurt and the most difficult to overcome.”

When he was a boy, Mongeois snuck out of the house to study taekwondo for months because his parents did not want him to get hurt. He feels that kids need to be mentored, so they not only have someone to look up to, but also so they feel mentally strong.

That is why he opened the school. Not to make money, but to give back and foster acceptance because that is the martial arts culture that he fell in love with. A culture where all people can leave as better people than they were when they walked in the door.