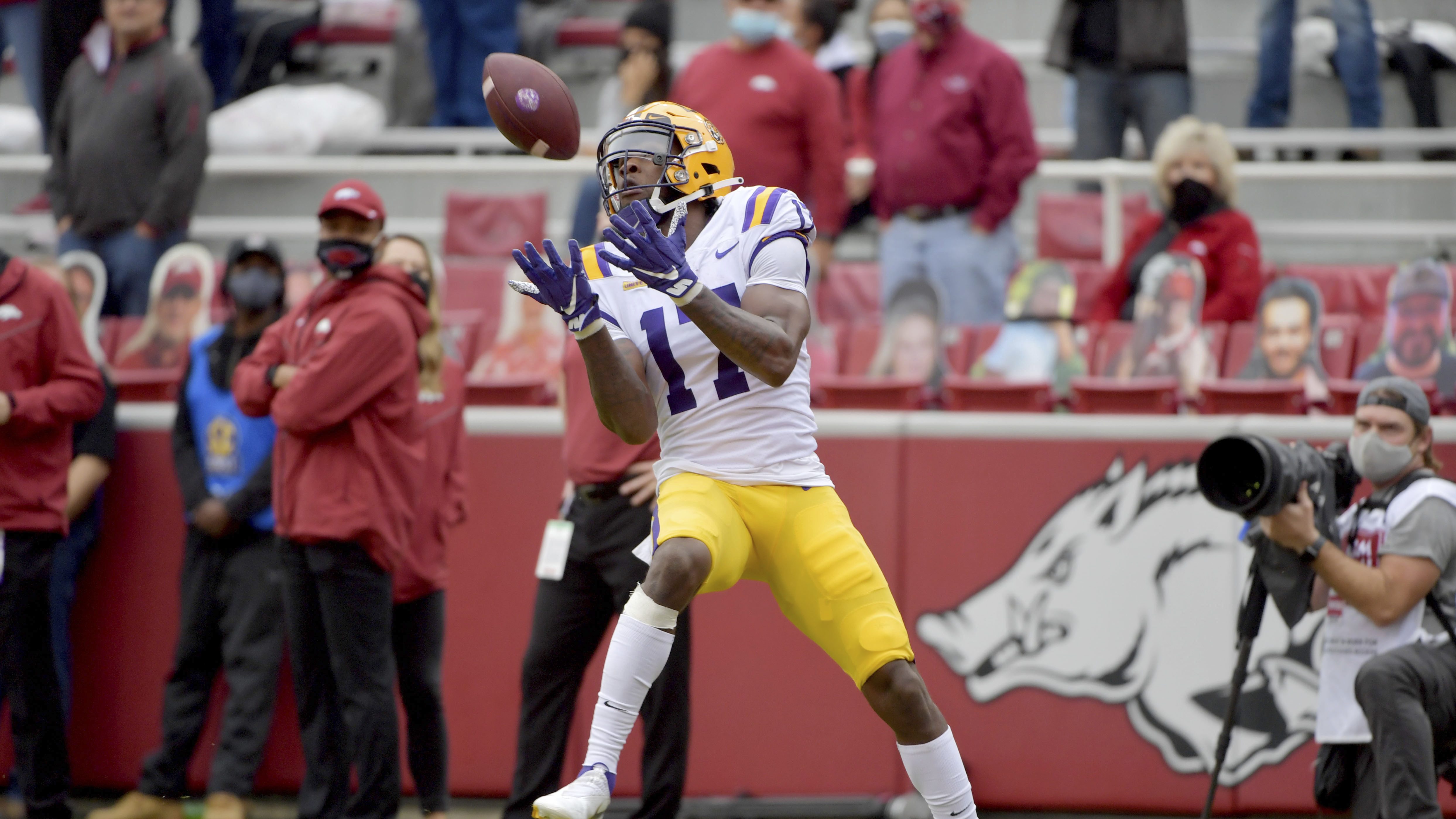 TJ Finley found Jaray Jenkins for a 13-yard touchdown to put LSU (3-3, 3-3 Southeastern Conference) ahead by three points. It was the capper to a 10-play, 67-yard drive on which Arkansas safety Jalen Catalon was flagged for a 15-yard targeting penalty and ejected.

LSU sealed the game when Jay Ward got his hands on an AJ Reed 44-yard field goal attempt with 1:24 left, the ball falling well short of the crossbar.

Finley threw for 271 yards and two scores, the other in the second quarter on a 30-yard pass to Racey McMath.

Arkansas (3-5, 3-5) had taken its first lead late in the third quarter when Feleipe Franks led a 5-play, 95-yard drive. Reed’s 22-yard field goal early in the fourth put Arkansas ahead 24-20 ahead of Jenkins’ final touchdown.

Franks finished 17 of 26 for 339 yards with an interception and a touchdown. He ran for 43 yards and a touchdown, as well. Four of Franks’ completions went for more than 50 yards.

LSU’s penchant for allowing the big play remains, but the Tigers are back to .500 with three games remaining, including two top-10 teams.

Arkansas’ path back to mid-tier in the SEC suffered another setback, following Florida’s dismantling last week. Arkansas had alternated wins and losses every game of the season until Saturday.

Arkansas will go to Missouri to play the Tigers in a rivalry game for the Battle Line Trophy.

LSU travels to No. 5 Texas A&M next week.