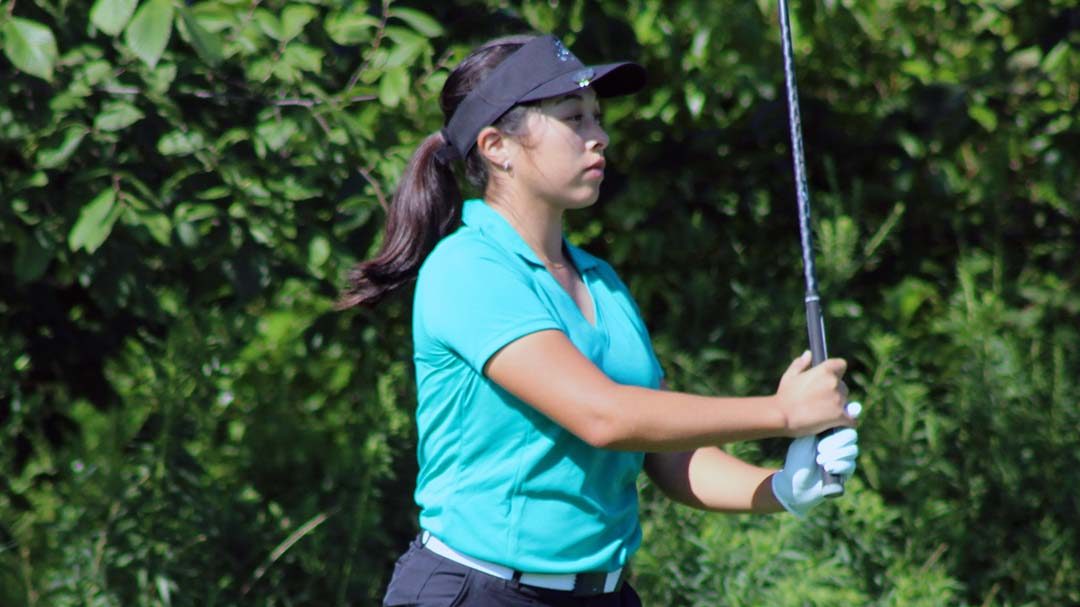 AURORA, Ohio — Brooklyn Millard (freshman) Aurora High School, Aurora, OH. had a great first year. She won all but one of her individual matches. The team record was 9-4 in comparison to last years 6-5. She was medalist in 2 of the 4 conference matches, placing second in the other two. She was also the medalist in the Rough Rider a.m. flight in the first match of the season. Her individual achievements went way beyond what was expected for her first year. She was named Suburban League American Conference Golfer of the year, Team MVP, Akron Touchdown Club All star for Girls Golf, All Northeast Ohio Division 1 first team, and Suburban League Female Athlete of the Year for Golf.

But to her the team accomplishments were far greater. Her impact on the team made the rest of the team play better. They qualified for sectionals for the first time in school history, following it up with qualifying for the Districts falling short and missing the state tournament as a team and individual, (she played her worst round of the year.) She has a lot to live up to for the next few years after all of her and the teams achievements. Anything less would be a let down, by her own words.

Jon Rahm’s steady back nine paves way to US Open title
Rahm birdies last 2 holes to win US Open at Torrey Pines
DeChambeau within reach of second straight U.S. Open
The eagle lands at Torrey Pines for Oosthuizen, Hughes
US Open Round 2: Bland, Henley surprise leaders at Torrey
Westmoreland thriving at U.S. Open after Air Force service
Henley has happy return to Torrey and takes early Open lead
Mickelson off to uneven start after dinging at U.S. Open
US Open tennis tournament to allow 100% fan capacity in 2021
US Open serves up major championship with a side of ‘beef&#...
Kikuyu rough figures to be a brutal test at Torrey Pines
A return to Torrey and prime time for US Open on West Coast