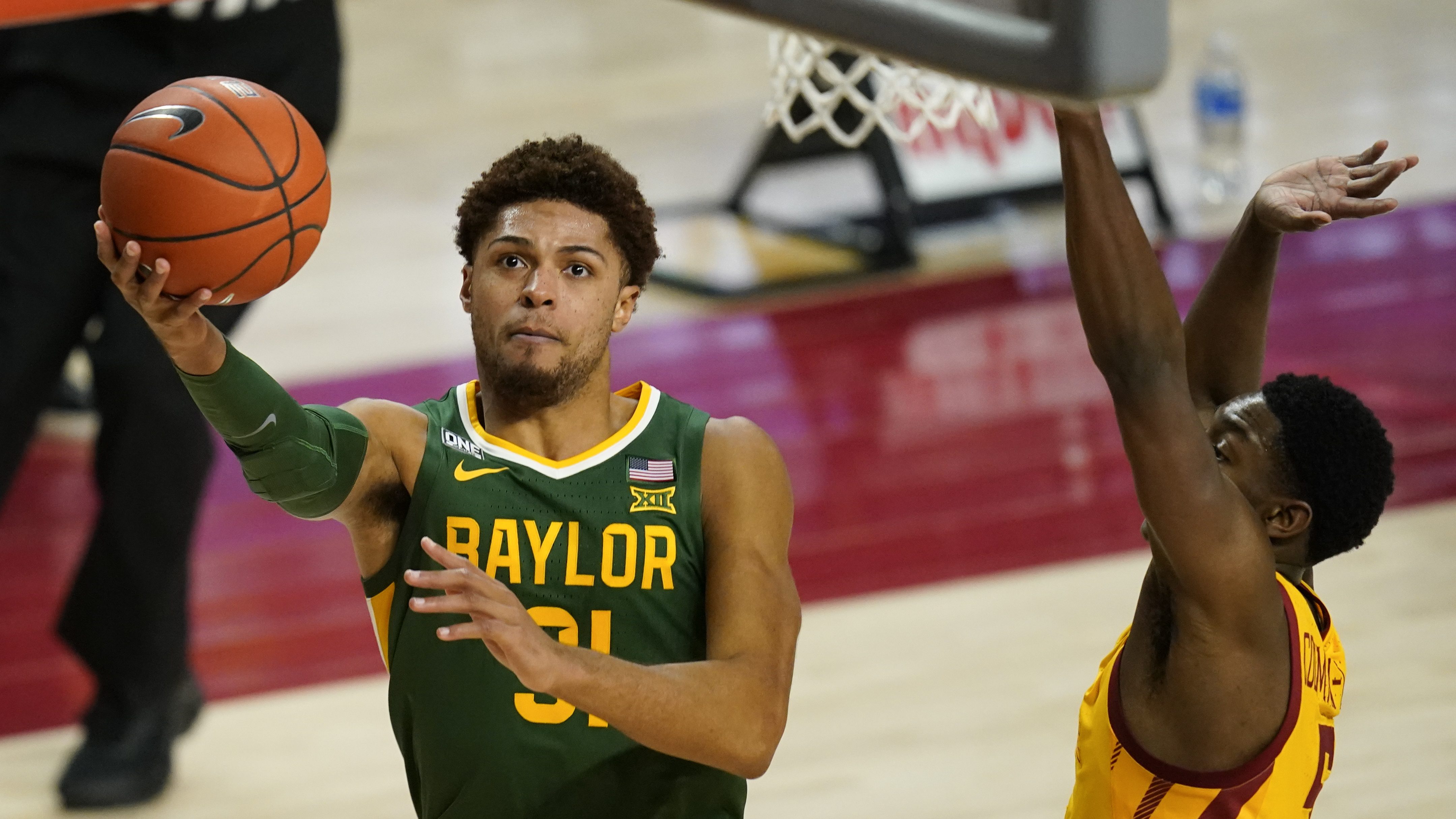 AMES, Iowa (AP) — Jared Butler scored 21 points to lead four scorers in double figures and No. 2 Baylor held off Iowa State 76-65 Saturday for its narrowest margin of victory this season.

Butler hit a 3-pointer from the right corner for a 63-55 lead with 7:31 remaining and made three key free throws in the final 3 minutes after Iowa State pulled within 66-61.

Baylor buried its past opponents with a barrage of 3-pointers, hitting 45.9% from long range and averaging 11.9 3s per game.

The Bears missed all six of their 3-point attempts in the first half Saturday and finished 4 of 19 (21.2%) from deep for the game.

Butler and Macio Teague ended Baylor’s 3-point drought by converting from behind the arc on consecutive possessions early in the second half, helping the Bears build a 44-34 lead.

The teams combined for 24 turnovers in the first 20 minutes.

Baylor, preseason favorite to win the Big 12 title, looked less-than dominant against an Iowa State team that had lost its first two league games. The Bears began this weekend as the only team nationally to win every game by at least 13 points.

Baylor will be a heavy favorite in its next two games against Baylor and at TCU, before hosting No. 9 West Virginia, visiting No. 13 Texas Tech and returning home to play No. 3 Kansas.

Iowa State plays three of its next four games against teams ranked among the top 25.