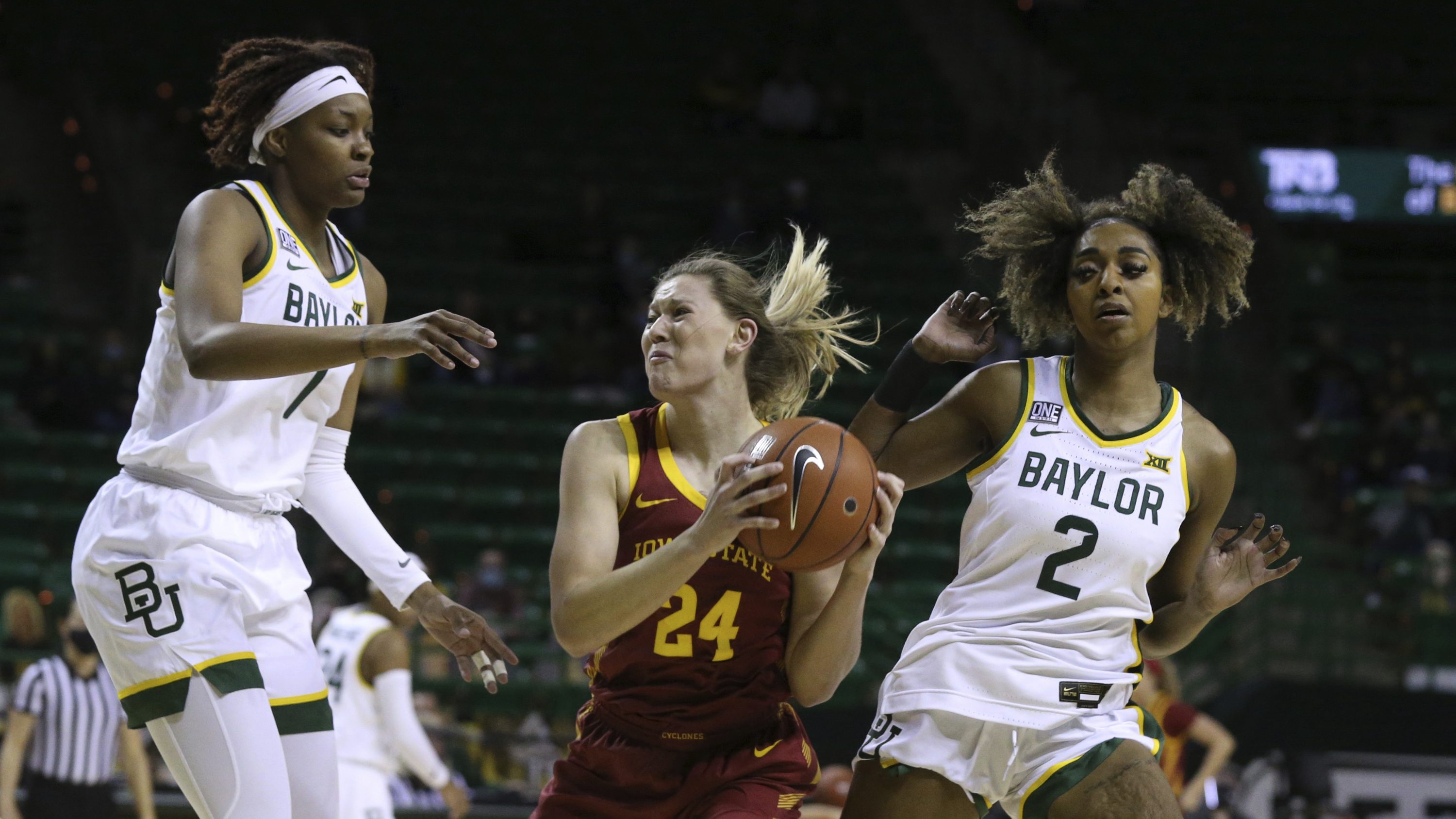 Baylor (8-2, 3-1 Big 12) played for the first time in two weeks because of a pause in the program after coach Kim Mulkey tested positive for COVID-19. The Lady Bears overcame an early 13-point deficit, but couldn’t avoid a second consecutive streak-snapping loss to the Cyclones.

Jaden Owens had 15 points for Baylor, while NaLyssa Smith had 14 points and 12 rebounds. Moon Ursin had 12 points and Queen Egbo 11.

The Lady Bears hadn’t lost at home since Feb. 6, 2017 against Texas. Their home winning streak was the 10th longest in NCAA history.

Baylor played its first game since a 74-50 win at TCU on Jan. 2, a game Mulkey missed two days before her positive test. Mulkey skipped that game even though she had tested negative three times after being exposed to COVID-19 on Christmas Day by a family member who tested positive.

The Lady Bears had three games postponed during the pause before returning to the court for their first full full-team practice was earlier in the day.

Iowa State’s win last March came only days before the cancellations of the Big 12 tournament and the NCAA Tournament because of the virus.

The Lady Bears were still without senior guard DiJonai Carrington and junior forward Caitlin Bickle, two of their primary players off the bench. Both were still out because of COVID-19 protocols.

Iowa State had a 15-0 run that took less than four minutes in the first quarter, going ahead 18-6 on a jumper by Joens after Kristen Scott had two 3s only 32 seconds apart. Joens started that spurt with a putback jumper and a three-point play, making the free throw after getting fouled on a fastbreak layup.

But Joens got her second personal foul right after that her run-ending basket, and didn’t return until after Baylor had a huge spurt of its own.

Maggie Espenmiller-McGraw’s layup in the opening minute of the second quarter put the Cyclones up 25-12, handing Baylor its largest deficit in more than two full seasons. But Baylor then scored 14 in a row in less than three minutes, going ahead 26-25 after consecutive baskets by Smith — the second a short hook after a nifty bounce pass by Richards.

Iowa State: The Cyclones were already the only Big 12 team with two wins over Baylor the past six seasons.

Baylor: The Lady Bears were playing for only the second time since consecutive 93-point non-conference wins on Dec. 18-19.

Iowa State plays three of its next four games at home, a stretch that begins Tuesday against Oklahoma and ends Jan. 31 when Baylor visits Ames.

Baylor is at Oklahoma State on Wednesday night.