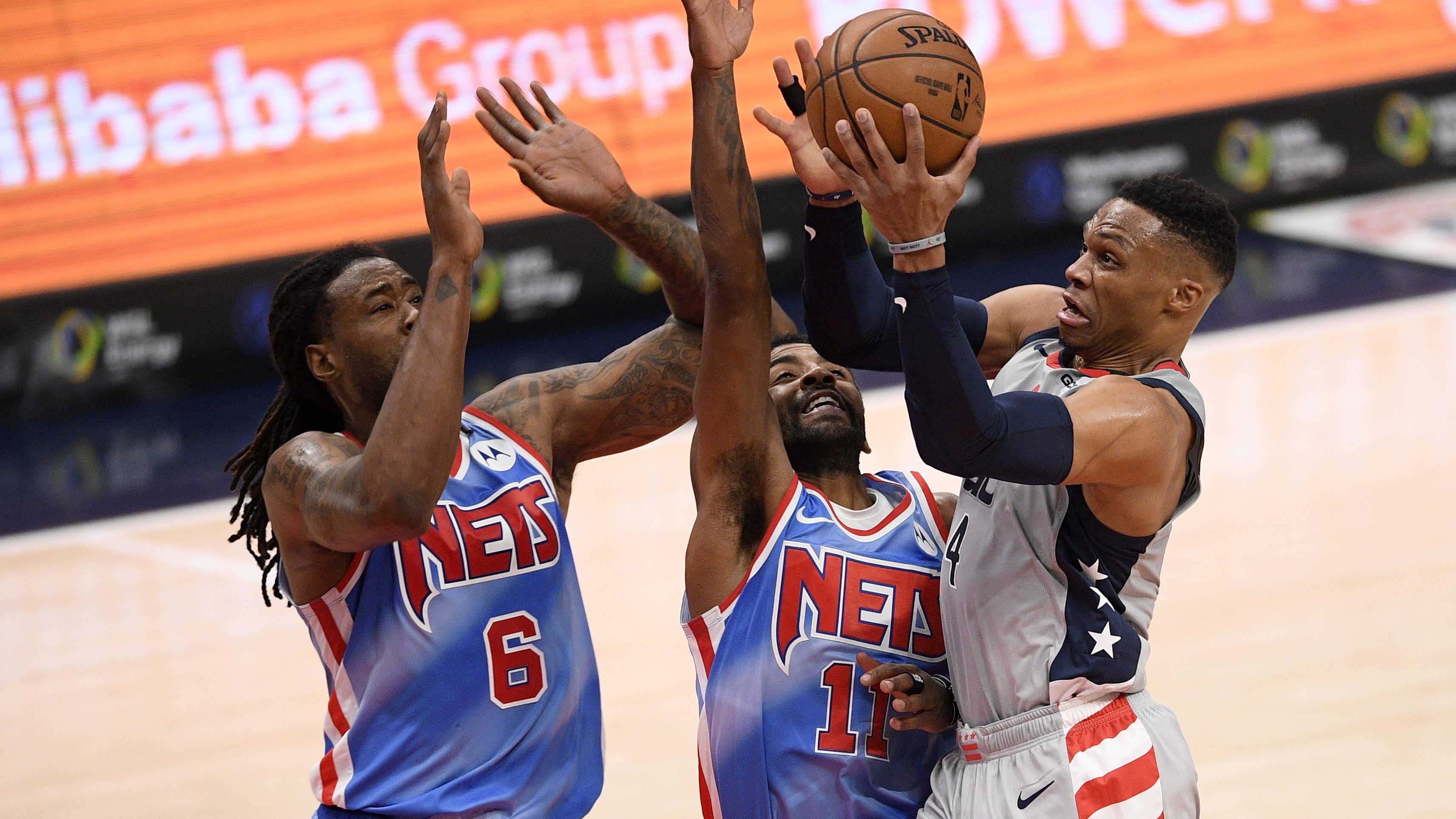 WASHINGTON (AP) — Bradley Beal and Russell Westbrook hit 3-pointers in a wild 3.8-second sequence in the final seconds to help the Washington Wizards stun Kevin Durant and the Brooklyn Nets 149-146 on Sunday night.

Kyrie Irving found Timothe Luwawu-Carbarrot under the basket with 2.9 seconds left, but his layup attempt spun around the rim and failed to drop. Beal added two free throws with 0.7 seconds left as the Wizards broke a four-game losing steak and improved to a still NBA-worst 4-12.

Harris scored a career-high 30 points, and Irving had 26 for Brooklyn. The Nets had won four in a row.

James Harden sat out because of a thigh contusion, the first game he has missed since being traded from Houston to Brooklyn on Jan. 13.

Westbrook has set season scoring highs in back-to-back games. He entered the game averaging 18.9 points, his lowest output since his second season in 2009-10.

The Wizards are 1-4 since resuming play after a 13-day layoff that included six postponements due to COVID-19 related issues.

Nets: Bruce Brown started with Harden out and finished with three points in 32 minutes and picked up a technical in the fourth quarter after some words with Westbrook. Westbrook also was called for a technical. … Jeff Green scored a season-high 23 points, but Brooklyn fell to 8-3 when Green reaches double figures.

Wizards: Coach Scott Brooks picked up a technical in the first quarter. … Beal had just 11 points in the first half. … Davis Bertans was 3 for 12 on 3-pointers and finished with 11 points…