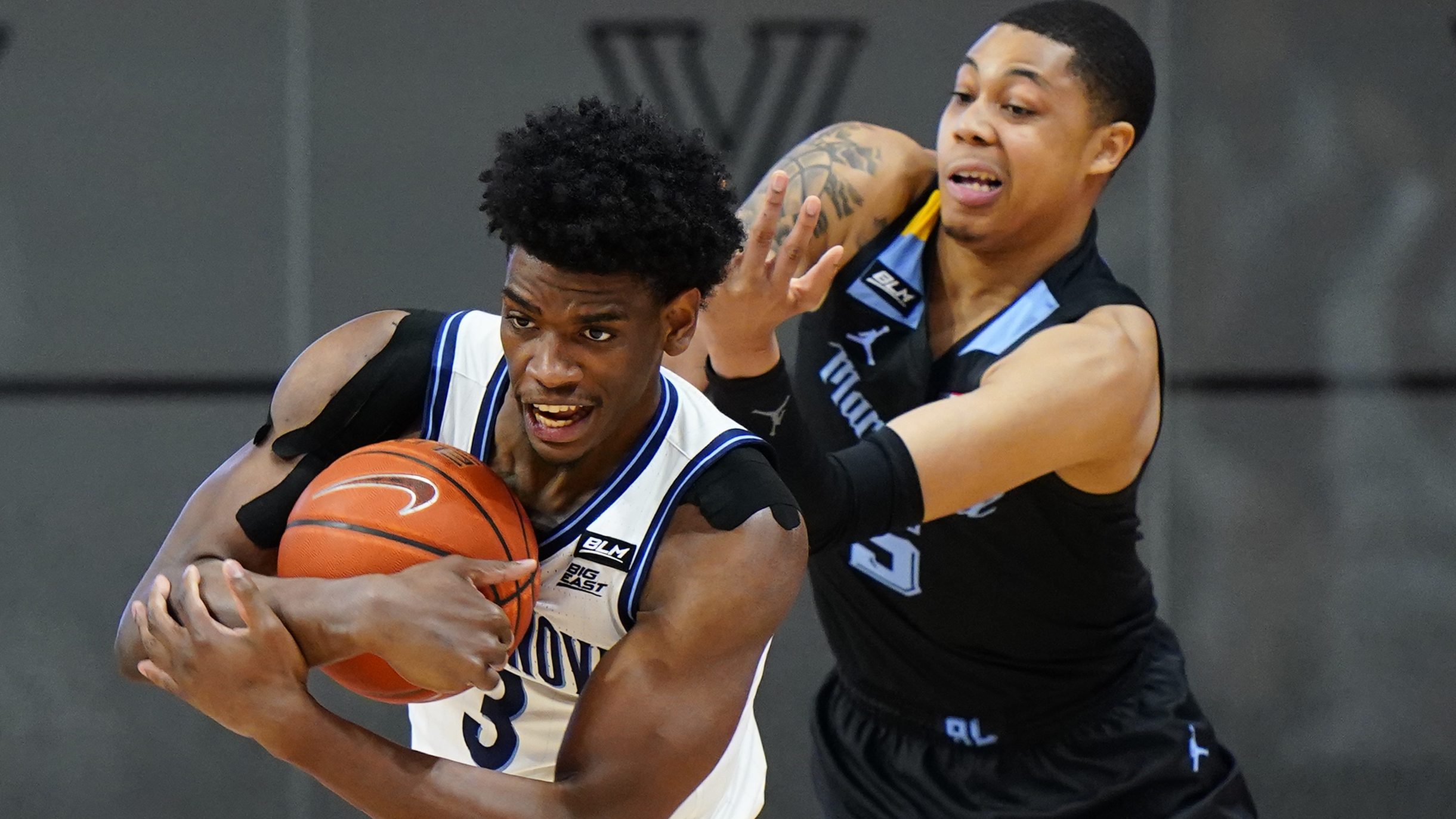 VILLANOVA, Pa. (AP) — Jeremiah Robinson-Earl scored a season-high 27 points to lead No. 5 Villanova to a 96-64 victory over Marquette on Wednesday night.

Dawson Garcia scored 28 points and D.J. Carton had 13 for Marquette (9-11, 5-9). The Golden Eagles, playing the first of five straight road games, have lost five of six.

The Wildcats used a 12-2 run spanning the halves to take a commanding lead on Robinson-Earl’s 3-pointer that made it 45-32 less than two minutes into the second half. The Golden Eagles got their deficit under double digits on Koby McEwen’s 3-pointer that cut Villanova’s advantage to 45-36.

But Theo John was called for a Flagrant 1 foul on Gillespie on the play. Gillespie made both free throws and Samuels hit a jumper on the ensuing possession and it was a 13-point Wildcats lead that quickly.

The Golden Eagles got it under 10 again in the half, 61-52, on Garcia’s two free throws with 11:33 left. But Robinson-Earl hit a 3-pointer on each of Villanova’s next three possessions, the last with 9:41 to play that gave the Wildcats a 70-54 advantage.

The five 3-pointers were a career high for Robinson-Earl, who entered shooting 27% from beyond the arc and had made just 12 from long range all season.

The Villanova lead reached as man as 33 points in the second half.

Already short-handed due to the absence of injured sixth man Justin Lewis, Marquette coach Steve Wojciechowski was forced to go deep on his bench early after Jamal McCain picked up his second foul 2:24 into the game.

The Golden Eagles were scrappy in the opening 20 minutes, but they also hurt themselves. Down 33-30 late in the half, McEwen was whistled for a foul on Samuels and then given a technical for arguing the call. Villanova’s four ensuing free throws made it 37-30, and the Wildcats entered the break up 40-32 when Caleb Daniels drained a 3 from the right wing at the halftime buzzer.

Carton’s driving, one-handed highlight reel dunk with 1:02 left was a bright spot for Marquette in the first half. Carton also had a steal and breakaway dunk with 14:01 remaining in the contest.

Marquette: If the Golden Eagles are going to build any momentum heading into the postseason, they’ll have to do it on the road. They aren’t scheduled to play another home game until their regular-season finale on March 6, against Xavier. This is the first time since the 1980-81 season that Marquette has a five-game trip.

Villanova: Coach Jay Wright said prior to Wednesday’s game that the Wildcats still have a ways to go to reach the standard in which he’s accustomed.

“We’re struggling this year playing Villanova basketball,” Wright said, referring to the intangibles such as rebounding, defense, limiting turnovers that have turned the Wildcats into a powerhouse.

Without making excuses, he acknowledged that three COVID-19 pauses that have limited practice time have affected Villanova, similar to how it’s affected every team in the country. However, Wright credited his players with how they’ve responded to the constant uncertainty.

“They’ve handled everything great,” he said.

Marquette: Lewis, a freshman, sat with a left leg injury. Lewis is averaging 8.1 points and 16 rebounds while coming off the bench in 17 games. After missing a pair of contests, he tried to play in Saturday’s 71-68 loss to Creighton but was lifted after just eight minutes.

Marquette: At Seton Hall on Sunday.

Villanova: At No. 19 Creighton on Saturday.