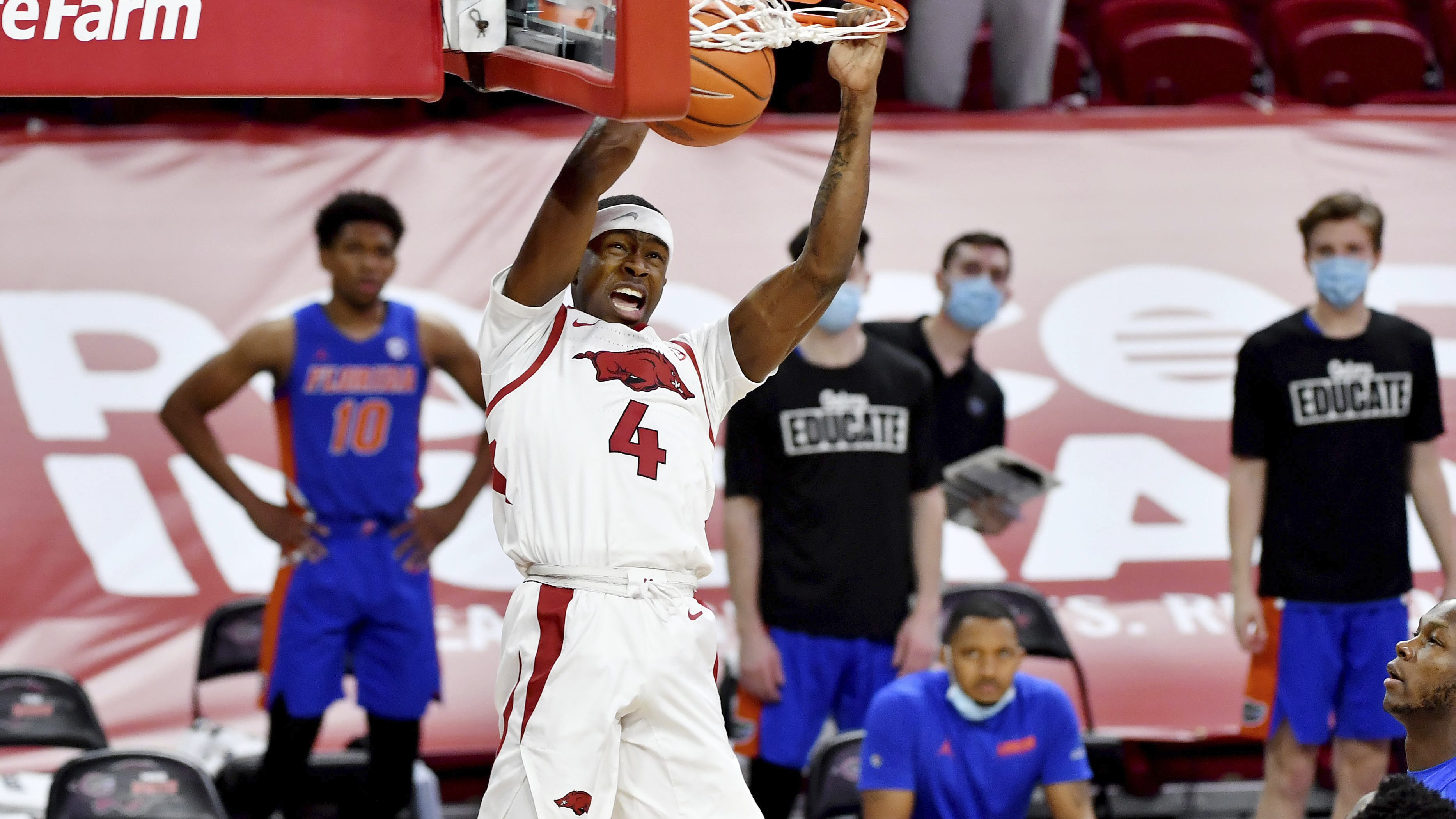 Arkansas (17-5, 9-4 Southeastern Conference) entered the Top 25 on Monday for the first time since 2018 and has won seven straight league games.

Florida (10-6, 6-5) turned a 15-point, second-half deficit into a lead with 4:40 left after Tyree Appleby’s lay-up. Davis and Jalen Tate made back-to-back buckets, Justin Smith blocked Anthony Duruji at the rim and Moses Moody made a pair of free throws to push Arkansas back ahead by two possessions with less than 1:30 left.

Arkansas built its big lead mostly in the first half when it shot 52% to Florida’s 31%. Florida was just 3 of 14 from 3-point range in the opening 20 minutes and trailed at halftime by 10. It was the Gators’ first game in 13 days after matchups against LSU and Texas A&M were postponed because of the COVID-19 pandemic.

A stretch of eight straight baskets early in the second half trimmed Arkansas’ lead before the Gators went the final 4:40 without a field goal, dooming their fate. Appleby led the Gators with 16 points.

Smith finished with 15 points, while Moody and Tate added another 14 apiece.

The Razorbacks are nearing a lock for the NCAA Tournament, which would be their first since 2018.

Florida felt more comfortable about its postseason prospects two weeks ago. Postponements have left the Gators winless since Jan. 30, but the quality of wins they do have should provide room for error for now.