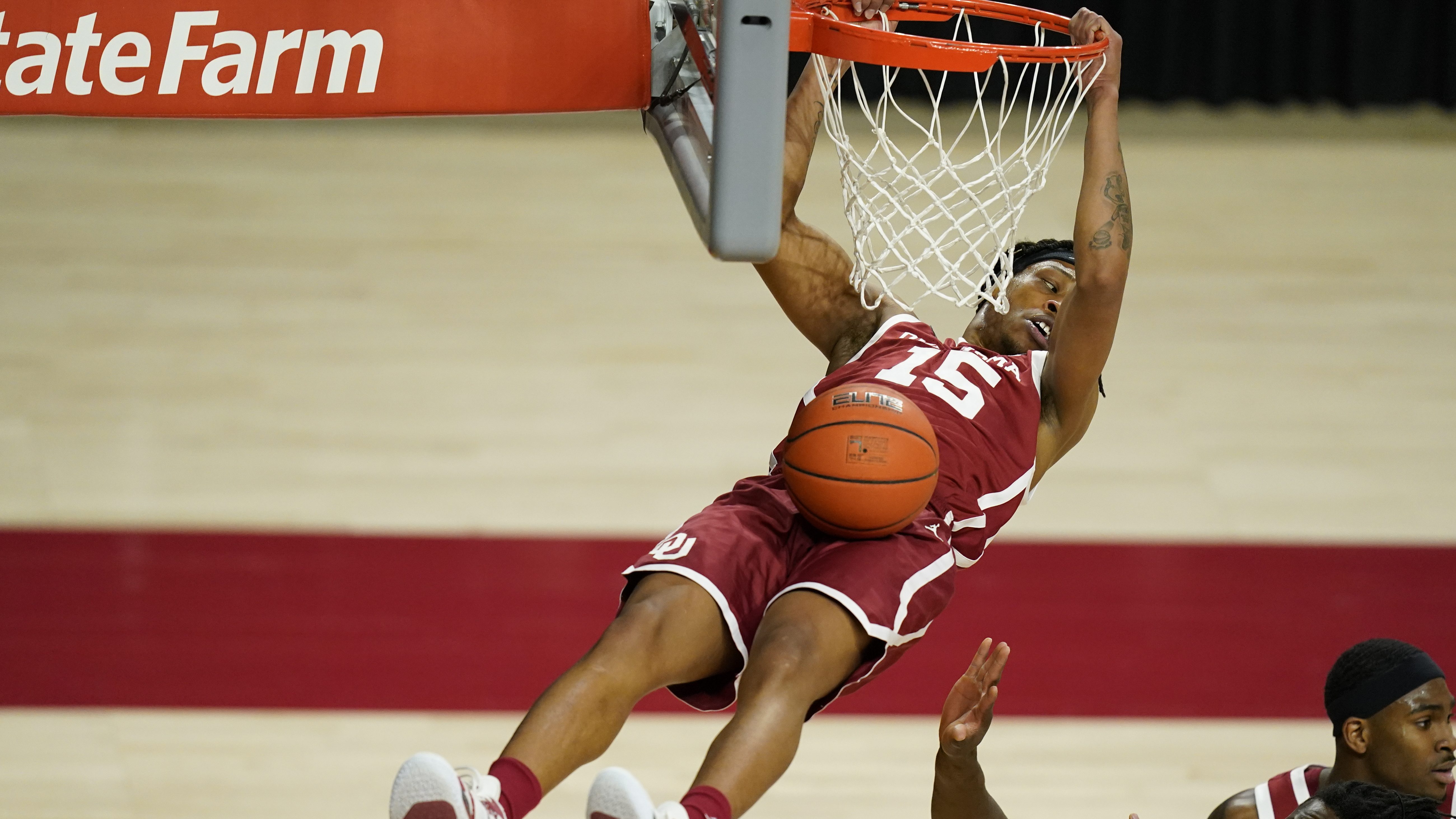 AMES, Iowa (AP) — Austin Reaves scored 20 points to lead No. 9 Oklahoma to a wild 66-56 victory over Iowa State on Saturday.

Iowa State trailed by as many as 21 in the first half before rallying to a 46-45 lead on Tre Jackson’s 3-pointer with 11:29 remaining. The Sooners then responded with a 16-4 run to grab the lead for good.

De’Vion Harmon and Umoja Gibson each made a 3-pointer before Reaves capped the decisive stretch with a free throw, making it 61-50 with 4:38 left.

Reaves helped seal the win with two free throws and a long 3-pointer in the final 1:34. He finished 8 for 10 from the line.

Gibson and Harmon each had 10 points for the Sooners. Rasir Bolton led Iowa State with 14 points and six assists.

Oklahoma jumped ahead early, going on a 12-0 run and building a 14-2 lead. Iowa State missed seven consecutive shots during the Sooners’ scoring spree and was 2-for-11 entering the second media timeout.

A 3-pointer from Jalen Hill and a dunk by Alondes Williams helped Oklahoma extend its margin to 26-7. The Cyclones used a 7-0 run to keep the game competitive, but still trailed 41-25 at halftime.

The teams were a combined 3-for-19 shooting from 3-point range during the opening 20 minutes.

Oklahoma, which was unranked to start the season, should remain among the Top 25 for a fifth straight week. The Sooners’ peak is No. 9.

Iowa State appears headed to its worst conference season since finishing 2-12 in the 1980-81 Big Eight standings.