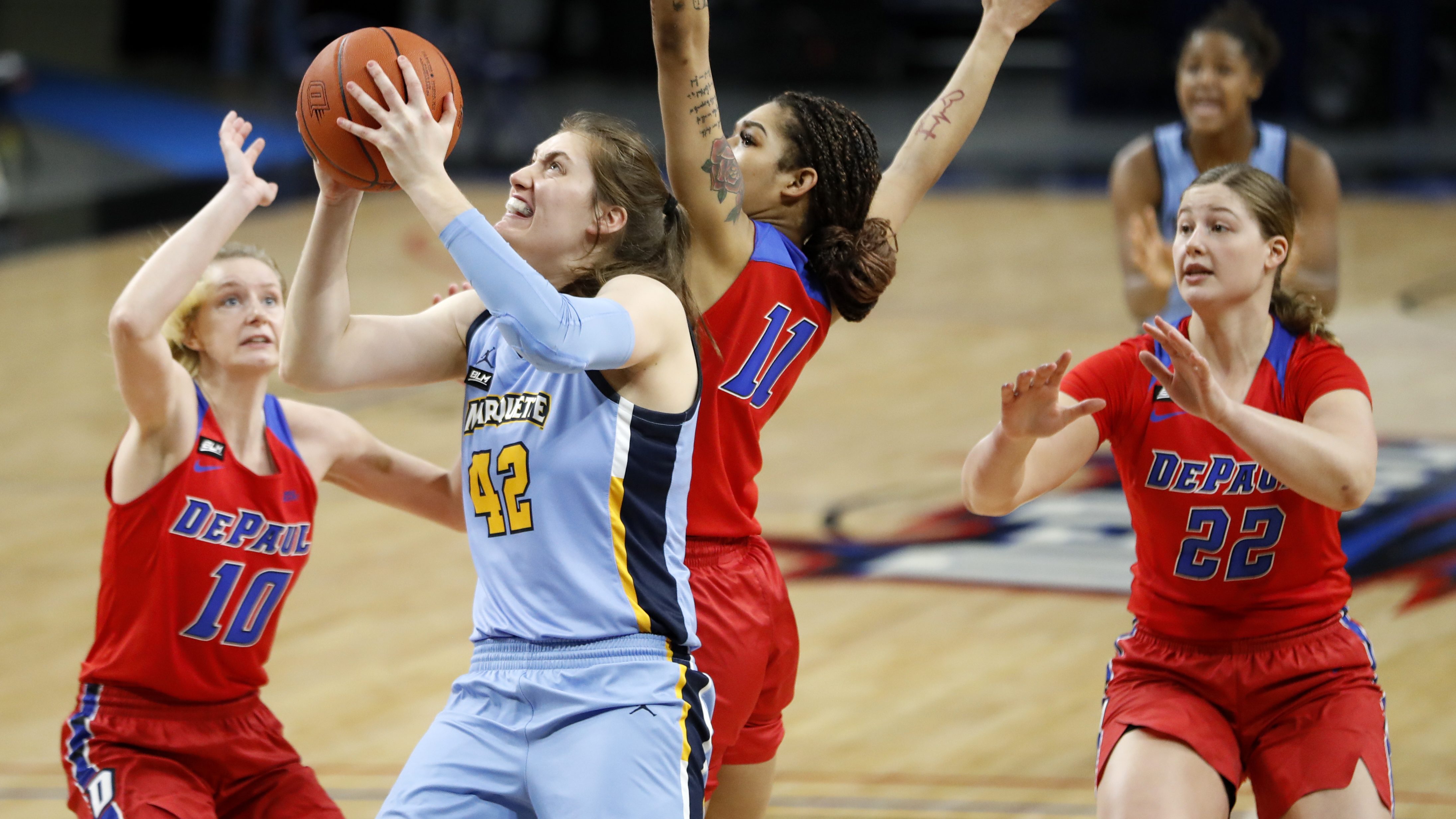 Chloe Marotta added 16 points and Jordan King 13 for the Golden Eagles (17-4, 14-3 Big East), who have won six straight with their first win over a ranked team since beating DePaul at the end of last season. The win clinched the No. 2 seed for the conference tournament next weekend.

Lott scored 14 points on 5-of-7 shooting and four free throws in the third quarter when Marquette opened a 63-56 lead. Taylor had 12 points in the fourth quarter, including six straight, after the Blue Demons got within five.

Taylor also grabbed 11 rebounds to help Marquette to a 50-27 advantage on the boards, which helped translate to a 66-36 difference for points in the paint.

DePaul goes to Providence on Sunday and wraps up the regular season at home on Monday against Butler. Marquette is scheduled to end the season Monday at top-ranked UConn.