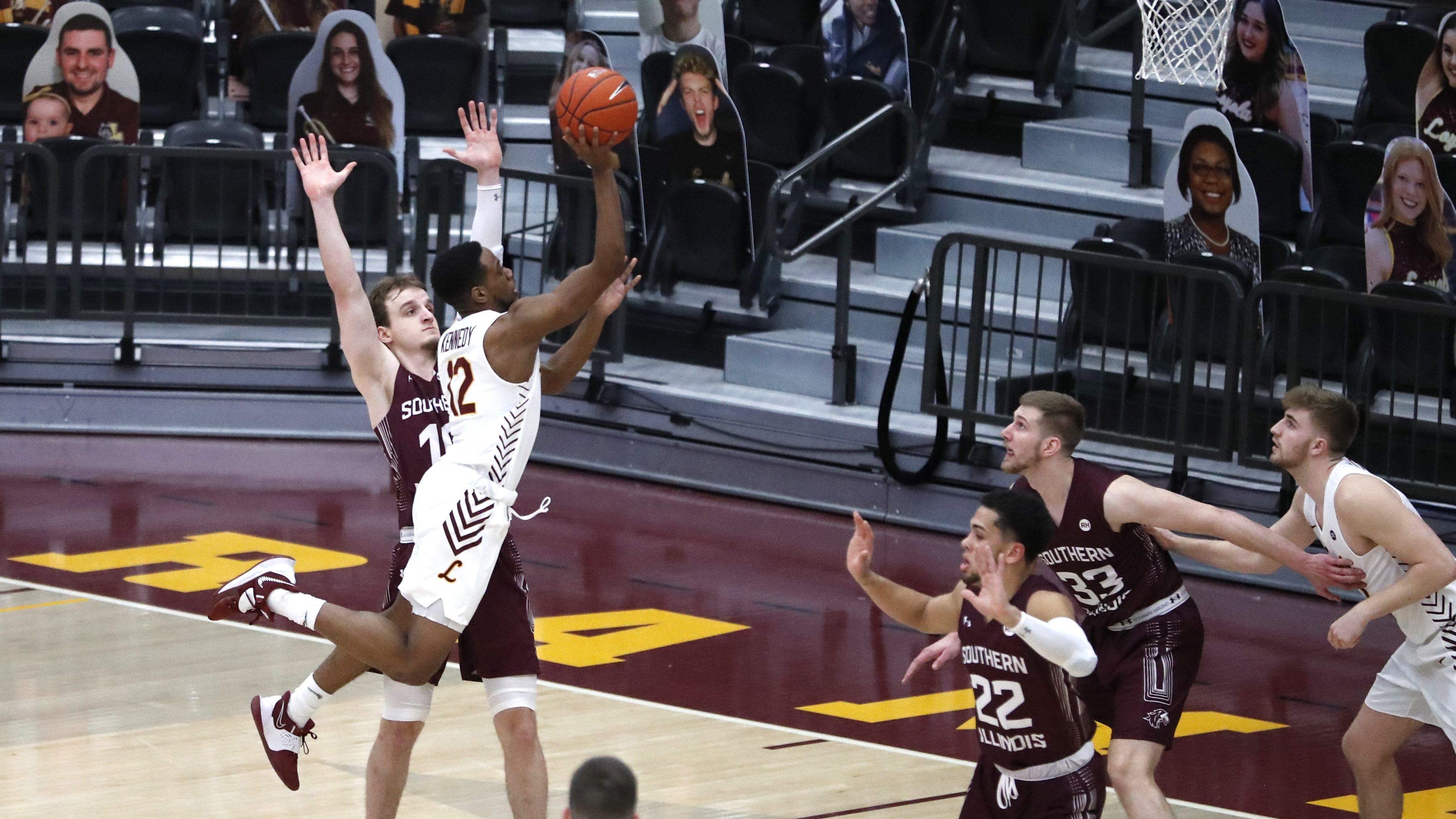 The Ramblers (20-4, 15-2 Missouri Valley Conference) steadied themselves in the closing minutes after letting a 16-point lead shrink to four and came out on top for the 13th time in 14 games. They also reached 20 wins for the fourth straight year, a streak that started when the 2017-18 team went 32-6 and made the Final Four.

Steven Verplancken led Southern Illinois (11-12, 5-12) with 17 points. Lance Jones scored 14 points while making 4 of 8 3-pointers, but the Salukis lost their 14th in a row against ranked opponents.

Loyola was rolling along with a 41-25 lead early in the second half, only to see things tighten down the stretch.

Kennedy hit two free throws for Loyola with 1:15 remaining to make it 52-44 and stole the ball from Jones, leading to a layup for Jacob Hutson, bumping the lead to 10 with 44 seconds to play.

Loyola had eight steals in the first half and held Southern Illinois scoreless for nine minutes while building a 29-20 lead.

The Ramblers trailed 14-5 about five minutes into the game after Jones — a sophomore from nearby Evanston, Illinois — made his first four 3-pointers. But things turned around in a big way after that.

The Salukis missed their next 10 shots as Loyola scored 12 straight in a 17-2 run.

Layups by Krutwig and Keith Clemons put the Ramblers on top by three before Jones made one of his own to end SIU’s drought. Clemons then hit a 3-pointer and Lucas Williamson scored on a fast-break layup to stretch the lead to 22-16 with about five minutes left in the half.

Loyola: The Ramblers remain tied with Drake for the conference lead heading into Saturday’s finale.

The teams meet again Saturday to close out the regular season, with the conference tournament in St. Louis starting on Thursday.