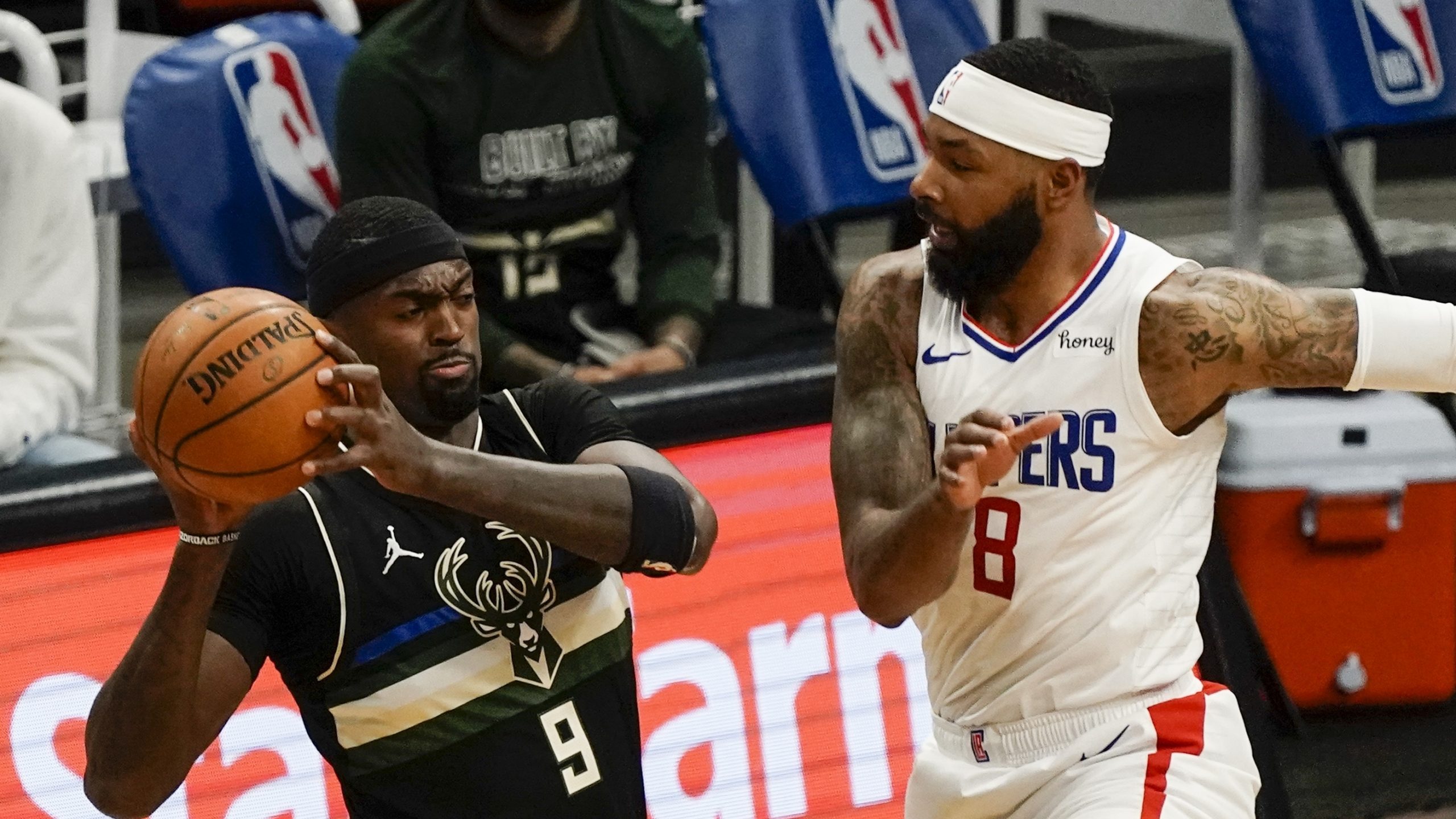 MILWAUKEE (AP) — Giannis Antetokounmpo scored 36 points and sparked a closing 9-0 run to help the Milwaukee Bucks rally to beat the Los Angeles Clippers 105-100 on Sunday for their fifth consecutive victory.

The Bucks won for the first time in 11 games this season when trailing after three quarters.

Kawhi Leonard’s potential tying 3-point attempt bounced off the front rim with about four seconds left. Khris Middleton got the rebound and sealed it with two free throws with 2.1 seconds remaining.

Antetokounmpo has scored at least 35 points in four straight games. He’s the first Bucks player to do that since Kareem Abdul-Jabbar from Jan. 6-14, 1973.

After trailing by seven points in the fourth quarter, the Bucks regained the lead 101-100 when Antetokounmpo made two free throws with 1:57 left.

Khris Middleton then found Antetokounmpo for a dunk to make it 103-100 with 10.3 seconds left. Antetokounmpo high-stepped up the court in celebration as the Clippers called a timeout.

The Clippers took a 81-77 lead into the fourth quarter after an 18-4 run that included 12 points from Serge Ibaka, who finished with 15 points and 11 rebounds.

Middleton scored 19 points, Donte DiVincenzo had 11 and Brook Lopez added 10 for the Bucks. Antetokounmpo had 14 rebounds and five assists.

Clippers: Leonard and George carried Los Angeles in the first half by scoring 30 of the Clippers’ 48 points. They got much more help in the second half, particularly from Ibaka and Williams. But everything fell apart in the last four minutes.

Bucks: Jrue Holiday returned to action after missing 10 games due to the NBA’s health and safety protocols, though he showed some signs of rust. Holiday came off the bench midway through the first quarter and finished with two points and three assists in 18 minutes. The Bucks went 5-5 in the games Holiday missed.

Clippers: At Boston on Tuesday night.