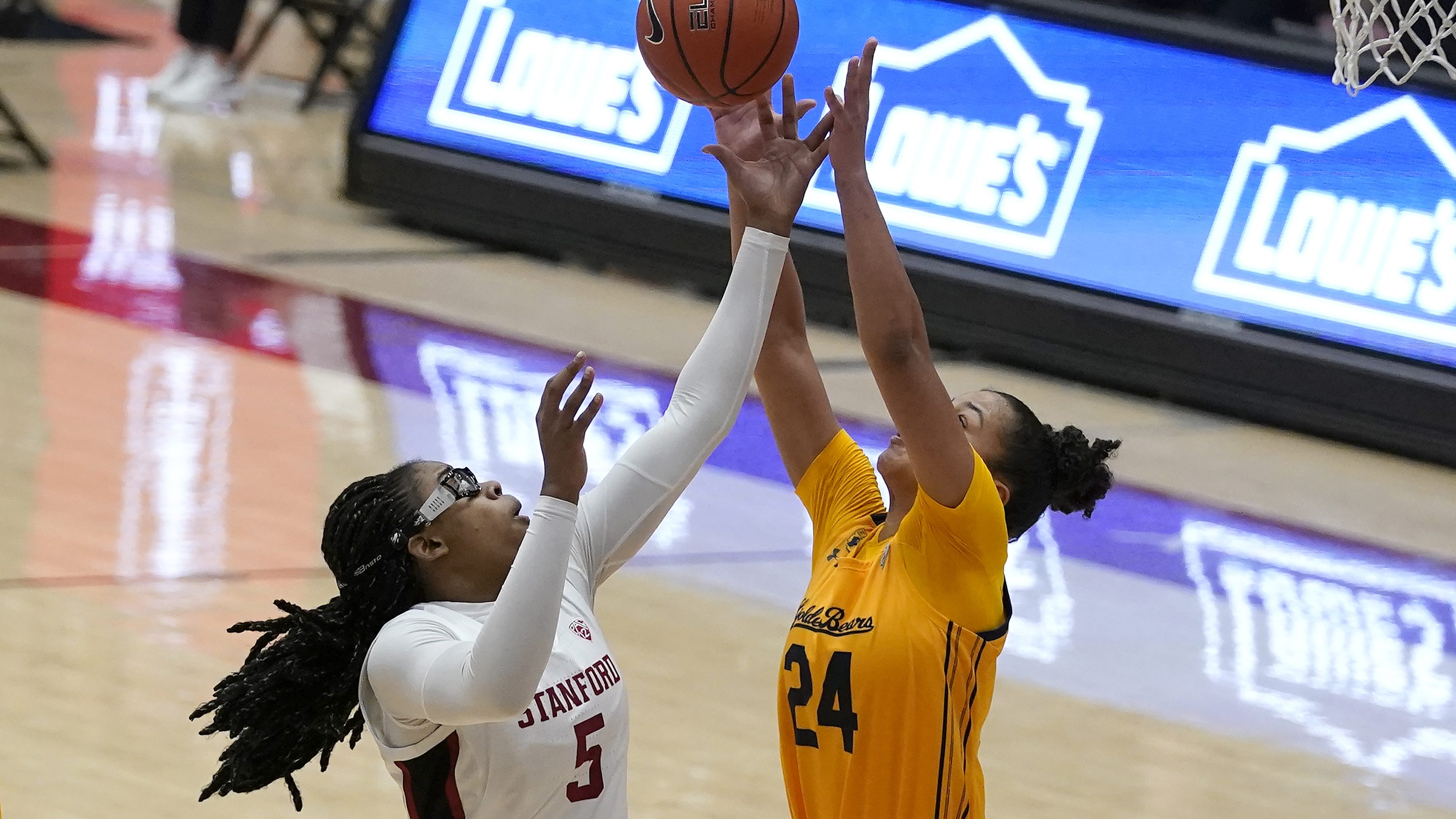 STANFORD, Calif. (AP) — Tara VanDerveer presented flowers to each of her Stanford three seniors and told them sorry their parents or family members couldn’t be at Maples Pavilion for senior day as is usual custom.

Kiana Williams scored 12 points in her final home game and defensive stopper fifth-year senior Anna Wilson added three steals playing for the final time on The Farm, and the fourth-ranked Cardinal used a big second half to beat California 72-33 on Sunday to close out the regular season.

Hall of Famer VanDerveer took advantage of a chance to use her entire bench to prepare for the upcoming Pac-12 Tournament. as Stanford closed the game with a 9-0 run over the final 3:35.

Freshman leading scorer Dalayah Daniels had 11 points and seven rebounds for Cal (1-15, 1-12), coming off its lone victory of the season against Arizona State last Sunday.

The Golden Bears stayed within 31-25 at halftime outshooting Stanford 44-39 %. The team lost three guards to season-ending injuries that made it tough to field a full team during stretches — and Cal had nine games postponed.

Leilani McIntosh was held to nine points on 3-for-14 shooting and missed all six of her 3-point tries coming off a career-high 21 points with four 3-pointers in the 67-55 victory over the Sun Devils.

The Cardinal earned their sixth straight in the rivalry and 10th in the last 12.

Stanford won 83-38 — its largest since a 51-point win on Jan. 31, 1997 — in Berkeley on Dec. 13 just before COVID-19 health restrictions imposed by Santa Clara County sent the Cardinal on the road for more than two months living out of hotels as nomads.

Michelle Onyiah overcame a slow start to score eight points and grab eight rebounds for Cal, which was outscored 27-2 in the third quarter and missed eight straight shots in the third and again midway through the fourth quarter.

Stanford led 9-0 as Cal began 0 for 6 and was forced into five quick turnovers, then the Cardinal missed seven of eight shots.

Williams’ basket in the waning moments of the first half gave her eight points to move past Alanna Smith and into 10th place on Stanford’s career scoring list. Williams also ranked

California: The Bears shot 1 for 15 from beyond the arc. … Cal has lost six straight on Stanford’s home floor in Maples Pavilion since the Bears’ last victory here on Feb. 22. 2015. … Senior Archer Olson, a former walk-on, played her final regular-season game and was honored by Stanford officials with flowers like the Cardinal seniors.

Stanford: The Cardinal forced Cal into 18 turnovers and scored 18 points off those miscues while committing just six — a big focus of VanDerveer of late to take better care of the ball. … Williams, Wilson and Alyssa Jerome were recognized postgame on senior day with bouquets and each shared remarks at midcourt. Their family members then were shown and participated via video call on a big screen.

The teams head to Las Vegas to begin the Pac-12 Tournament beginning Wednesday. Stanford has a first-round bye as No. 1 seed while Cal is set to face the fifth seed.