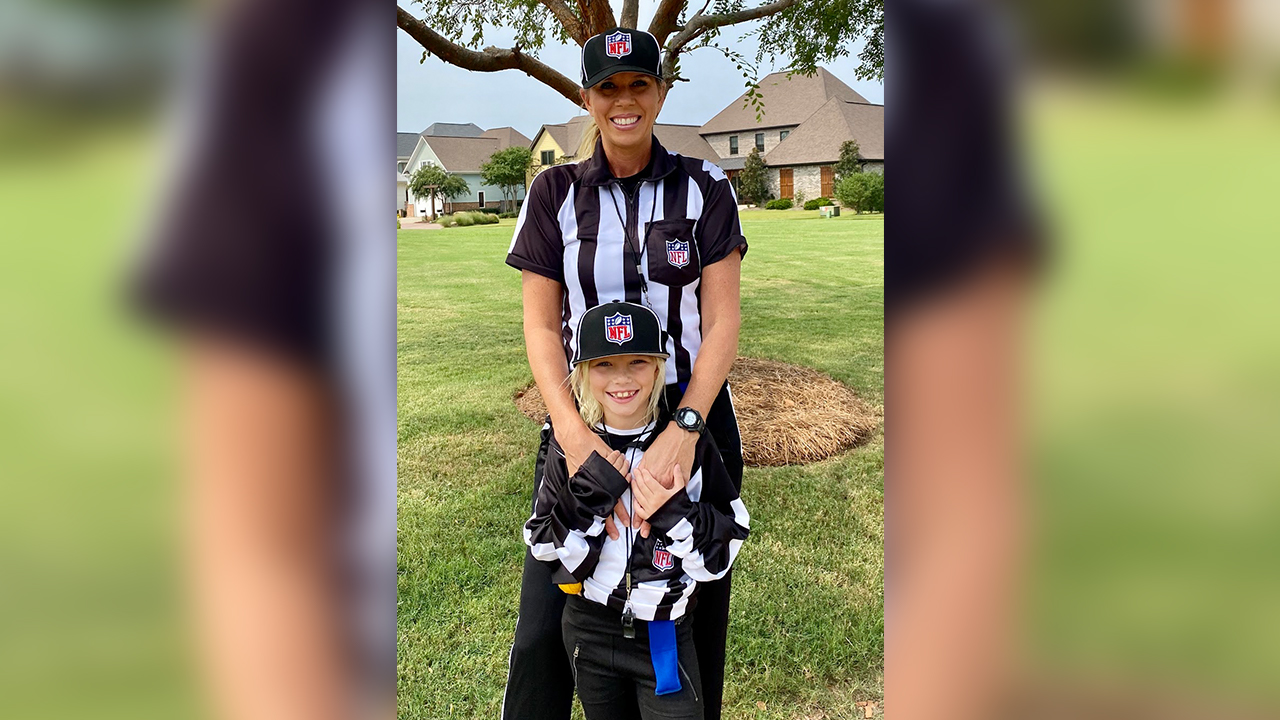 Thomas has been a football official for over 20 years. She has become an inspiration for women and young girls across the world, as she has continued to break barriers and accomplish things women have been thus far unable to accomplish.

Thomas’ entry into officiating happened after she was kicked out of a men’s basketball league she was playing in because she was female.

“I was shocked,” Thomas said, “I had been in that league for three years. I was just like, ‘Are they just now realizing I’m a female.’”

Thomas was angry after being kicked out of the league she was in. With no organized sports for women at that time in Pascagoula, Thomas had no idea what she would do.

Being kicked out of the league however, set her on a new path. Soon thereafter, Thomas, in a phone call with her brother, who was officiating, asked, “Can girls do that?”

It was then Thomas dove into officiating. She knew nothing about football but her fellow officials were there to help. She was welcomed by the men she worked with, as an official, not as a female.

The blessing in all of it Thomas says is the effect that is has had on young girls.

“That my little girl and other little girls don’t have to ask as often – there’s one glass ceiling that’s been broken,” Thomas said. “And that they don’t have to say, ‘Can girls do that?”. “They can now – because seeing is believing.”

“So, it’s no pressure, it’s a blessing. The pressure we put on ourselves as an official is the pressure I feel – not because I’m a female and I’m carrying the torch for other females.”

Thomas has been paving the way for females these past 20 years and has been looked at as inspirational.

“I never set out to be the inspiration,” Thomas said. “But there is a story to be told and I’m glad that God’s blessed me to be a vessel for him and to be able to share my journey. There’s been a lot of valleys that I’ve gone through, but there’s also been a lot of mountaintops that I’ve climbed and gotten on the other side of – and if that does inspire young girls, young women, then that means a lot to me.”

Even as her officiating career transitioned from high school, to college, and then to the NFL, Thomas has mentioned she felt the need to prove she belonged, “I need to prove that I belong to myself and to the others, that I’m here for the same reasons that you are.” Thomas said.

After all she endured from her early days of having been kicked out of the men’s basketball league, to going into officiating football, the day came where she was assigned to the Super Bowl – the first female ever.

“It was the call that you want to receive because you know you ranked at the highest spot at your position, but it was another game,” Thomas said. “We prepare every Sunday as if it’s the Super Bowl.”

“But there was a different element to it at the end of the game,” Thomas said. “With the confetti coming down, it was the end of the season….and leaving the field and knowing that we worked an elite game and did our best, that was a little different. ‘Once it was all done, then I could celebrate.”

Even with her success and the history she’s made, Thomas still remains humble, preparing for the next season just as she has every other season.

Thomas stays focused on her goals because she loves what she does, “I love what I’m doing and that’s what keeps me going,” Thomas said.

Altogether, Thomas has accomplished a lot. She has broken barriers that have taken far too long to be broken. She has inspired girls and women across the world.

And for all those girls, young women, and every woman around the world still struggling to break barriers and to succeed, Thomas has one final message.

“Don’t let your gender hold you back, don’t use that as an excuse,” Thomas said. “Just know that when you walk into a room (and if it’s all men) just throw your shoulders back, keep your head held high, pull your seat up at the table and understand that you belong there.”