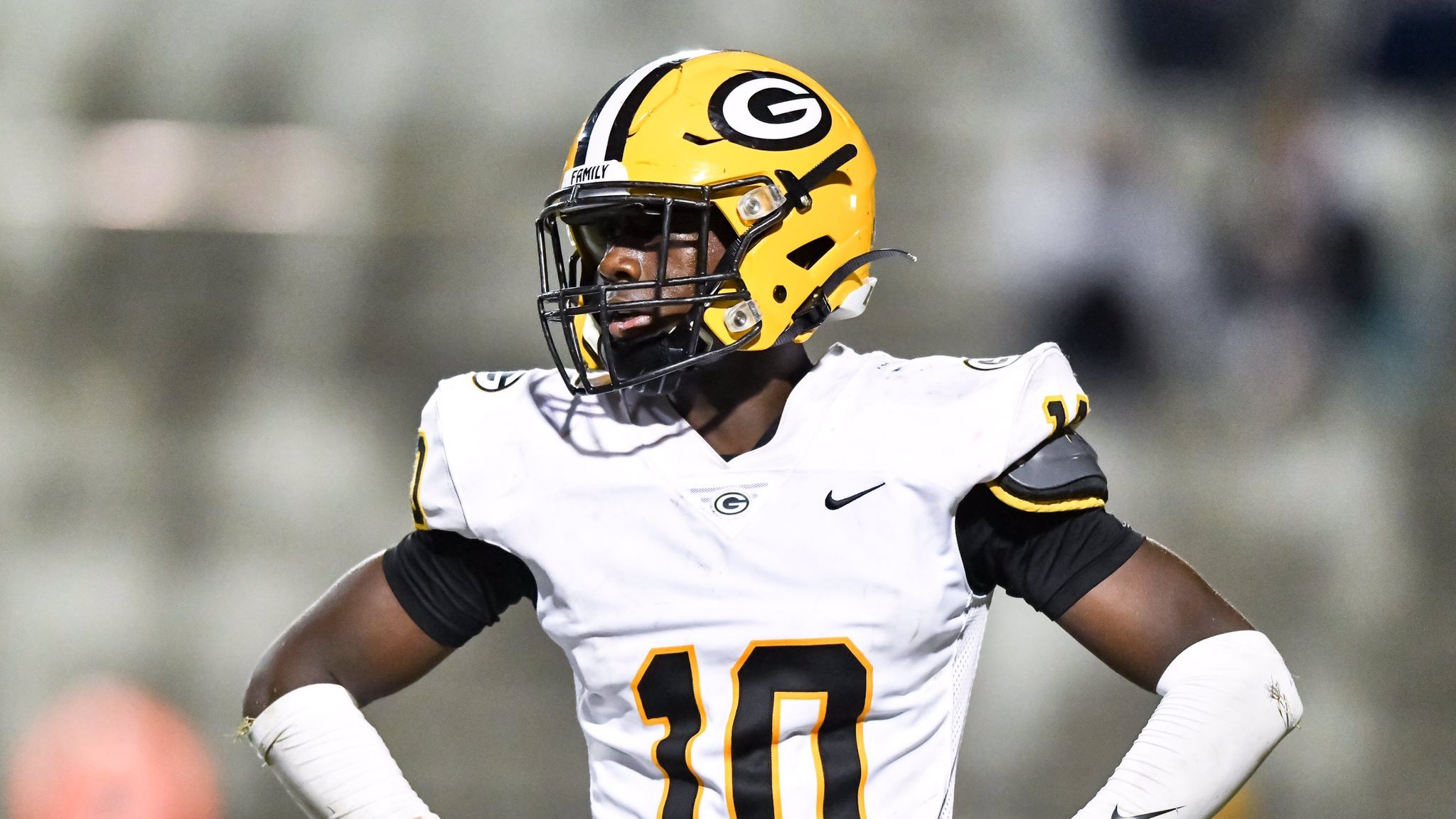 KJ Scott will be playing either outside or inside linebacker for the Gamecocks, but his position is undecided on at the moment. (Courtesy: KJ Scott)

GREENWOOD, S.C. (BVM) — The first time that Greenwood High School linebacker KJ Scott ever heard from the South Carolina football staff, it was to extend him a playing opportunity. Without ever talking to him in the past, their first words were, “we want to offer you a preferred walk-on spot here at South Carolina.”

“They liked how I played, my aggression getting to the ball and the way I hit,” Scott said.

But committing to the Gamecocks was a long process. In total, Scott had 15 different scholarship offers, the majority of them consisting of a full-ride. For a high school athlete, debating between a walk-on at a Power Five school or a full-ride at a mid-to-low major school can be stressful. Sticking to his long-time goals ultimately helped him make the decision.

“My first dream was always to go play DI football, and the SEC, this is one of the biggest divisions,” Scott said. “After talking with my mentors, family members and siblings I decided to go there.”

At the time of his commitment, Shane Beamer was still the freshly-appointed head coach. Coach Drew Hughes, who texted Scott his PWO offer, was still on the staff. But since then, the Gamecocks program has been completely shaken up. Hughes is no longer with the team, and an assortment of new assistants were brought aboard.

Yet Scott never wavered in his choice.

“When I got the offer, in my mind I knew that was the place I wanted to go but you always have to ask God,” Scott said. “Talk to him about it, and I did all that and found out that it was the right choice to make.”

Coming off of a senior year where the 6-foot-3, 207-pound linebacker produced 10 sacks, 55 tackles and four touchdowns through seven games, Scott is ready to prove he’s a full-scholarship kid. He understands that he’ll have to keep his head down and get to work. In order to do that, he’s keeping his goals simple.

“First of all, to get an education. To go in and work, and be on a full scholarship here,” Scott said. “Make big plays and build relationships with the coaches and my teammates.”

This next stage of his career will lead him just an hour and a half east of Greenwood to Columbia; close to home. A home that he is forever grateful for. Where he got to play under first year head coach Chris Liner, and work out at Next Level Fitness with some of his most important mentors, Jamal Crawford who owns Next Level Fitness, and Greenwood graduates DJ Swearinger and Sam Montgomery.

Swearinger is currently a safety for the NFL’s New Orleans Saints, and Montgomery most recently played with the DC Defenders of the XFL, but has also spent time in the NFL. These faces played a huge role in his development and decision making.

With a good head on his shoulders and the right people within his inner circle, Scott is ready to show that he fully belongs on the SEC level.