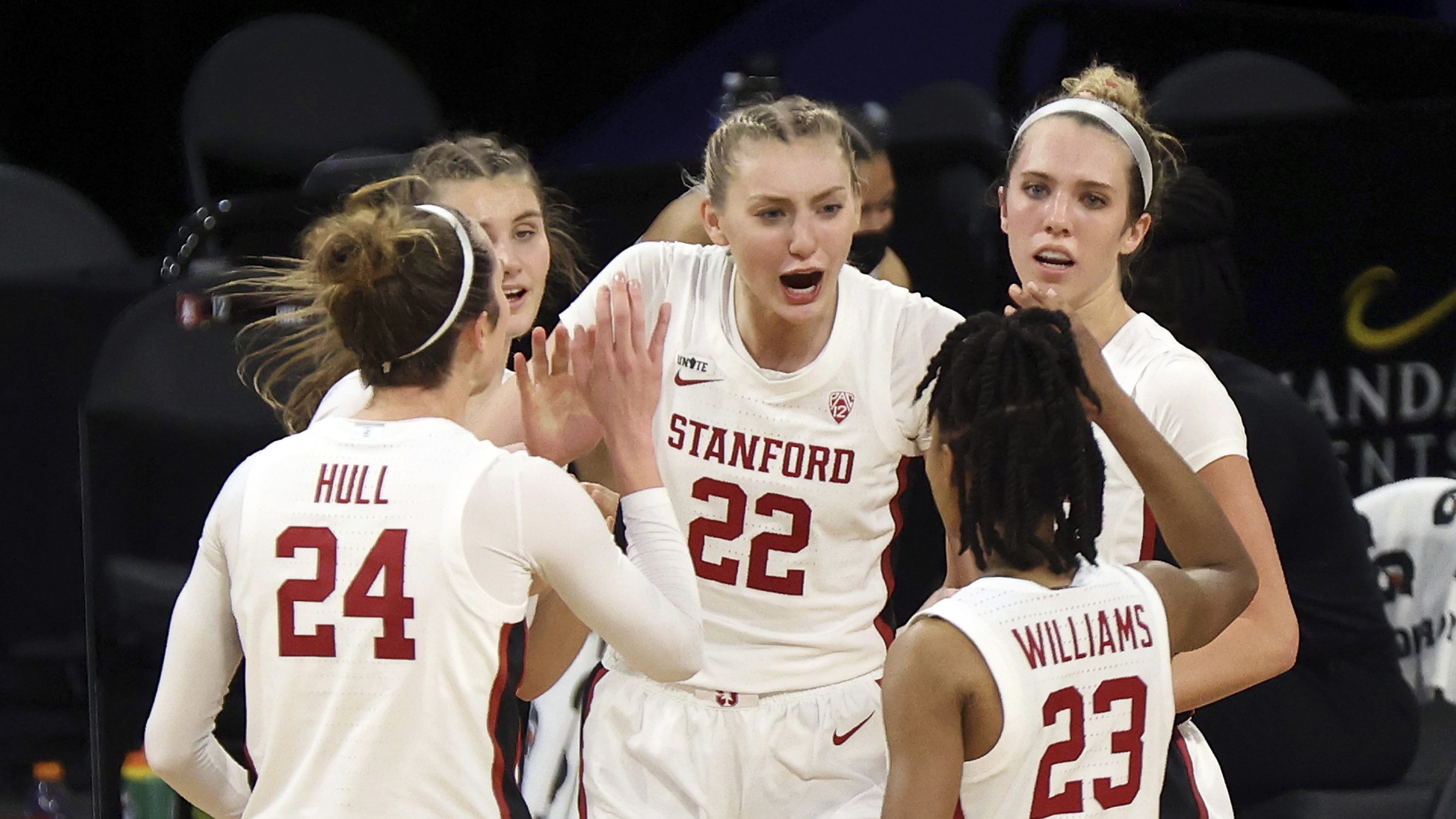 LAS VEGAS (AP) — Cameron Brink scored a career-high 24 points and grabbed 11 rebounds to lead No. 4 Stanford into the Pac-12 Tournament title game with a 79-45 victory over Oregon State on Friday.

Stanford will play for the championship Sunday against the winner of the second semifinal between No. 9 UCLA and No. 11 Arizona.

Brink, selected to the conference’s All-Freshman team after averaging 9.8 points on 58.6% shooting and 6.8 rebounds per game this season, finished 9 of 13 from the floor while adding four blocks.

When the teams met on Feb. 13, the Beavers challenged Stanford by getting within four midway through the third quarter before the Cardinal pulled away late for an 83-58 victory. Stanford, which improved to 62-9 against Oregon State, wasn’t about to let it get that close Friday.

The game was tied 13-all after one quarter, and the Beavers took the lead briefly when Sasha Goforth drained a 3-pointer five seconds into the second.

Then it was Brink’s turn.

Brink’s surge sparked the Cardinal after a rather stagnant first quarter, when they shot 6 for 20. They improved to 46.7% in the second period.

Brink also controlled the paint on the defensive end, shutting down passing lanes and making it difficult for the Beavers to penetrate, forcing them to shoot from the outside. But Oregon State couldn’t find its shooting touch, as it was a mere 3 for 13 (23.1%) from the floor in the second quarter.

Turnovers plagued the Beavers, who ranked sixth in the league with 14.1 per game but had committed 13 by the end of the third quarter. Oregon State finished with 15, and Stanford outscored the Beavers 18-5 in points off turnovers.

Oregon State: The Beavers came in having shot a blistering 49.7% from 3-point range in their previous nine games but managed a meager 23.1% (6 for 26) on Friday.

Stanford: Will play in Sunday’s Pac 12 final vs. the winner of Arizona-UCLA.