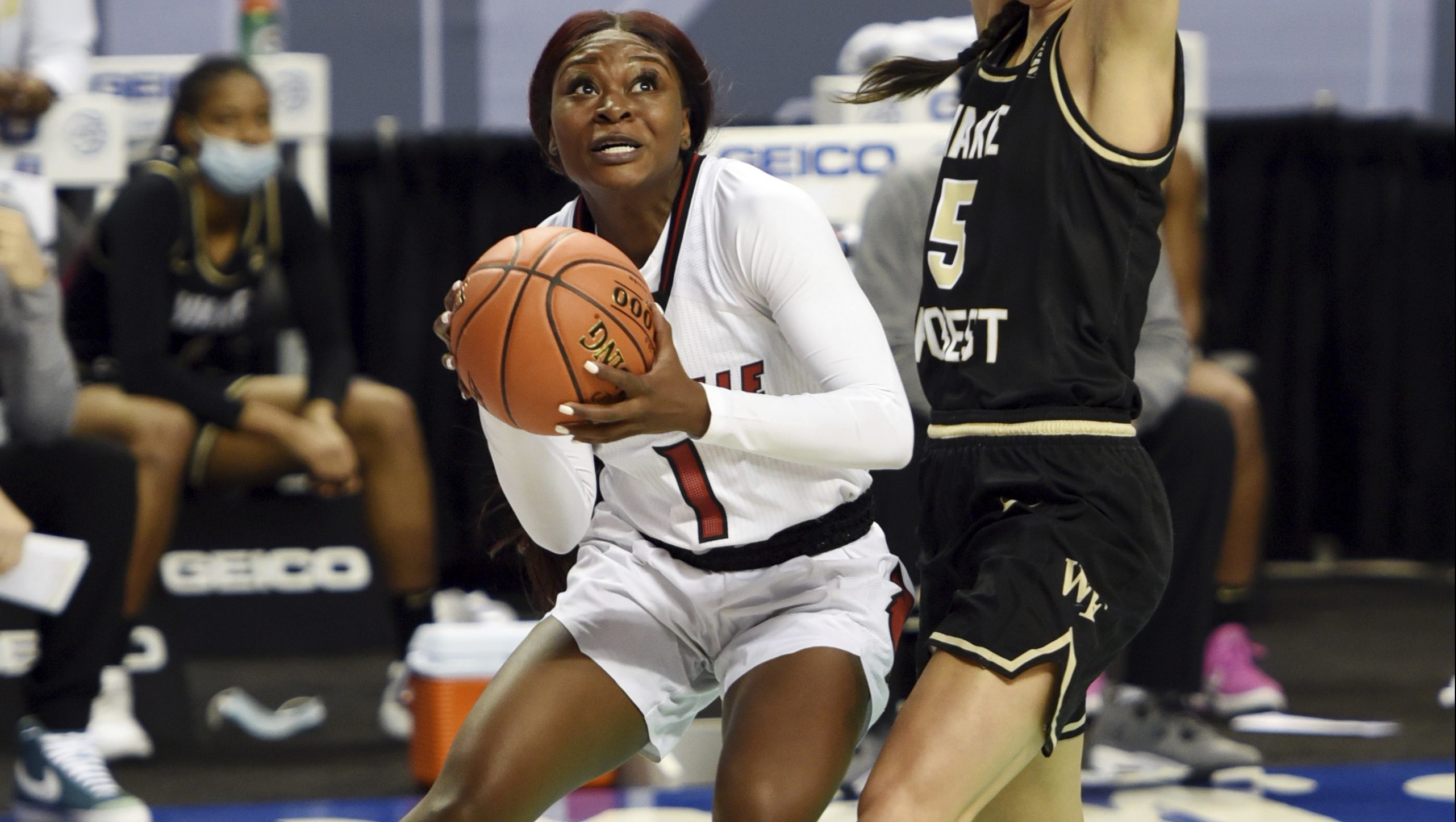 Van Lith made 9 of 15 shots and hit 6 of 10 3-pointers, including two during the decisive 13-0 run that finally broke the tournament’s top seed loose from a tie game.

The Cardinals (22-2) had barely avoided a huge upset against the Demon Deacons while carrying a No. 1 ranking in January, surviving on a late three-point play from Dana Evans and a final-play missed 3-pointer for the win by the Demon Deacons.

They had trouble again with the ninth-seeded Demon Deacons (12-12). And this time, Evans — selected as the repeat ACC Player of the Year earlier this week — struggled offensively with eight points on 3-for-15 shooting.

Ivana Raca had 13 points to lead Wake Forest, which entered the tournament as a bubble team and was looking for a marquee win. But the Demon Deacons shot just 31% and made 3 of 18 3-pointers a day after knocking down 10 3s in a win against North Carolina.

Wake Forest: The Demon Deacons are hoping to make just their second NCAA Tournament and first since 1988. They helped their chances with Thursday’s win against the Tar Heels, but they couldn’t add what would have been a marquee win. That dropped the Demon Deacons to 0-8 all-time in the series and 0-64 against top-5 opponents.

Louisville: The Cardinals entered the tournament with the top seed for the third time in four seasons, edging out third-ranked North Carolina State for the regular-season title by a small win-percentage margin. This game was tied at 44 entering the fourth quarter, but the Cardinals responded by shooting 60% in the final 10 minutes while holding the Demon Deacons to 3-for-14 shooting.

Wake Forest: The Demon Deacons must wait to find out whether they’ve done enough to earn an NCAA bid.

Louisville: The Cardinals advanced to Saturday’s semifinals to face the Syracuse-Florida State winner.