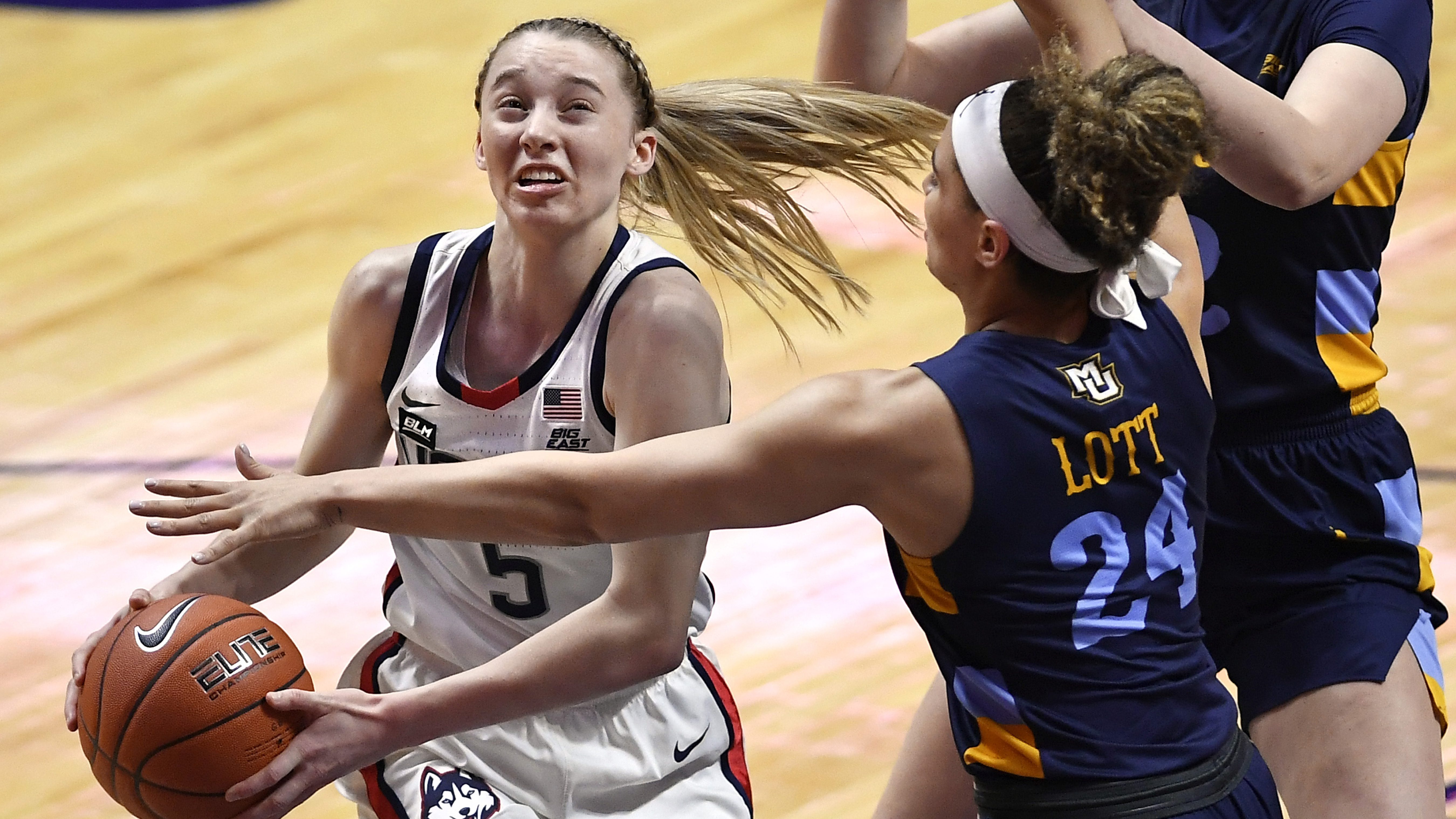 The standout freshman hit 10 of 15 shots, grabbed six rebounds and had four assists for the Huskies (24-1), who rejoined the league this season after winning seven straight titles in the American Athletic Conference.

Camryn Taylor had 11 points and 13 rebounds for Marquette (19-6), which lost in the conference final for the fourth straight season after winning the title in 2017. Selena Lott, who came into the game averaging just over 15 points, was held to two points on five shots and was hounded by Williams all game.

UConn never trailed during the tournament and celebrated by gathering in a circle near center court and jumping up and down.

Marquette slowed the pace in the second quarter and outscored UConn 13-12, but the Huskies went into halftime up 41-23.

The Golden Eagles cut the lead to 16 early in the third quarter, but Nika Muhl (11 points) followed a 3-pointer with a steal and a basket to push the lead back to 21.

The Huskies led 56-30 after three quarters.

Connecticut held Marquette to 22% shooting and scored 28 points off of 21 Golden Eagle turnovers.

Marquette: The Golden Eagles had won seven of their previous eight games. That other loss came at Connecticut on March 1.

UConn: Despite being absent from the conference for seven seasons, the Huskies still have more tournament titles than all the of this year’s other conference members combined (14). The Huskies last Big East title came against Notre Dame in 2012. UConn lost to the Fighting Irish in the 2013 championship game before leaving for the AAC.

Both teams await NCAA Tournament bids, where UConn is expected to be the overall No.1 seed.