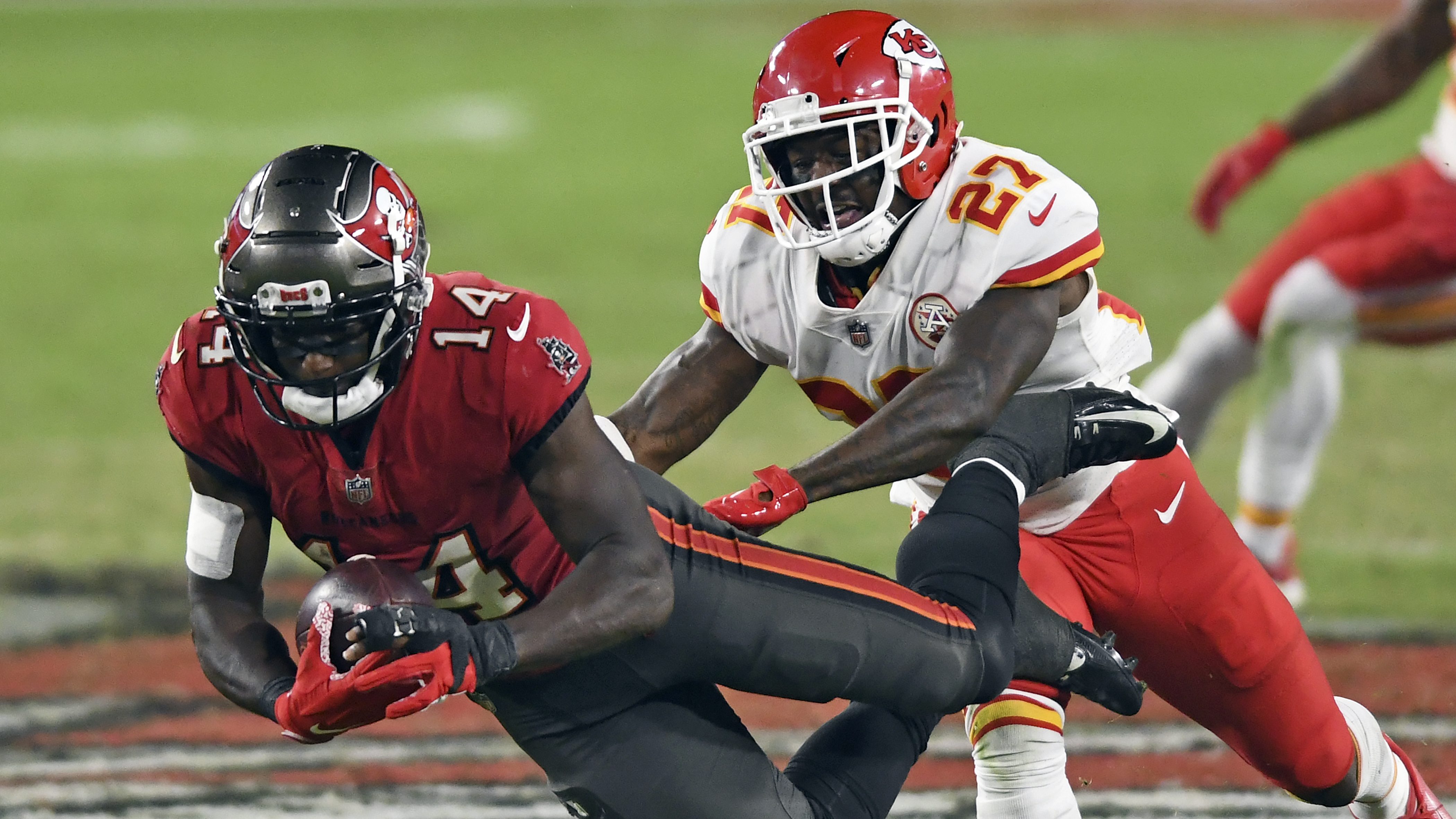 The big money that accompanies franchise tags for the 2021 season is going to receivers, safeties and linemen.

No running backs. No tight ends. No linebackers. And, with Dak Prescott reaching agreement with the Dallas Cowboys on a new four-year deal, no quarterbacks.

So wideouts Chris Godwin, who helped the Buccaneers win the Super Bowl, and Chicago’s Allen Robinson were tagged just before Tuesday’s NFL deadline. So were tackles Taylor Moton of Carolina and Cam Robinson of Jacksonville, defensive tackle Leonard Williams of the New York Giants, and safety Marcus Williams of New Orleans.

Previously announced as tagged players were safeties Marcus Maye of the New York Jets and Justin Simmons of the Denver Broncos, and All-Pro guard Brandon Scherff by Washington.

While none of them is in line for the $160 million, four-year contract — with a record $66 million signing bonus — that Prescott got, they all will bring home hefty paychecks.

Leonard Williams, Scherff and Simmons were tagged for a second straight year. Barring their teams working out long-term deals by July 15, they will earn about $19 million, $18 million and $13.7 million, respectively.

Godwin, a budding star with the Buccaneers — so much so that the team apparently will allow top linebackers Shaq Barrett and Lavonte David to test the open waters — and the veteran Allen Robinson will be paid approximately $16.4 million apiece in 2021.

The going rate for safeties under their first tag is around $10.5 million, which Maye and Marcus Williams will make in New Jersey. Moton and Cam Robinson will come in at about $14 million.

The 2021 salary cap has not been set yet, but it will decrease from $198.2 million to between $180 and $185 million due to lost revenues for the league during the coronavirus-impacted 2020 season. It is the first decrease in the cap.

The 25-year-old Godwin earned $2.13 million in 2020 when he had 65 receptions for 840 yards and seven touchdowns in 12 games. Tampa Bay also has such free agents as defensive tackle Ndamukong Suh, tight end Rob Gronkowski, receiver Antonio Brown and running back Leonard Fournette.

“He loves it here. It’s hard to leave and go to another system just for money,” coach Bruce Arians said last month, adding of Godwin and Mike Evans: “But it’s not bad paying two No. 1 receivers, that’s for sure, when they’re as good as our No. 1s.”

Robinson was on a three-year, $42 million contract. He earned his money by catching a career-best 102 passes for 1,250 yards last season in quarterbacks-weak Chicago.

While Simmons and Maye, both rising stars, were expected to be franchised, New Orleans’ decision on Marcus Williams was more surprising. He has been an inconsistent performer at free safety, though he does find the ball and has 13 career interceptions.

Both Simmons and Maye are considered team leaders, with Maye in particular stepping up when New York traded the disgruntled Jamal Adams to Seattle.

Scherff was an easy choice for Washington after his best pro season.

“I love it here,” Scherff said on locker cleanout day. “I’m just looking forward to the offseason and hopefully I can sign my name to stay here.”

Moton, 26, started all 48 games at right tackle over the past three seasons, and has allowed only 10 sacks in 2,071 pass-blocking snaps in his career and his 81.2 grade for 2020 was 13th among all tackles, according to Pro Football Focus. He allowed three sacks and committed two penalties last season.

Cam Robinson made the biggest jump in potential salary. A second-round draft pick from Alabama in 2017, Robinson made a little more than $7 million in his first four years in the league.

“We feel that the way the free agency is moving is that left tackle position — as always but maybe more now this year from hearing from the guys who have been in the NFL — this is a tough year for that left tackle position,” coach Urban Meyer said, “and we feel just what’s out there and with coaching, culture and development, Cam has a lot of the talent.”

The 26-year-old Leonard Williams, the first player the Giants have tagged twice, has flourished with the team after being acquired on Oct. 29, 2019, from the other local New York club, the Jets. He was the Jets’ first draft pick, sixth overall, in 2015.