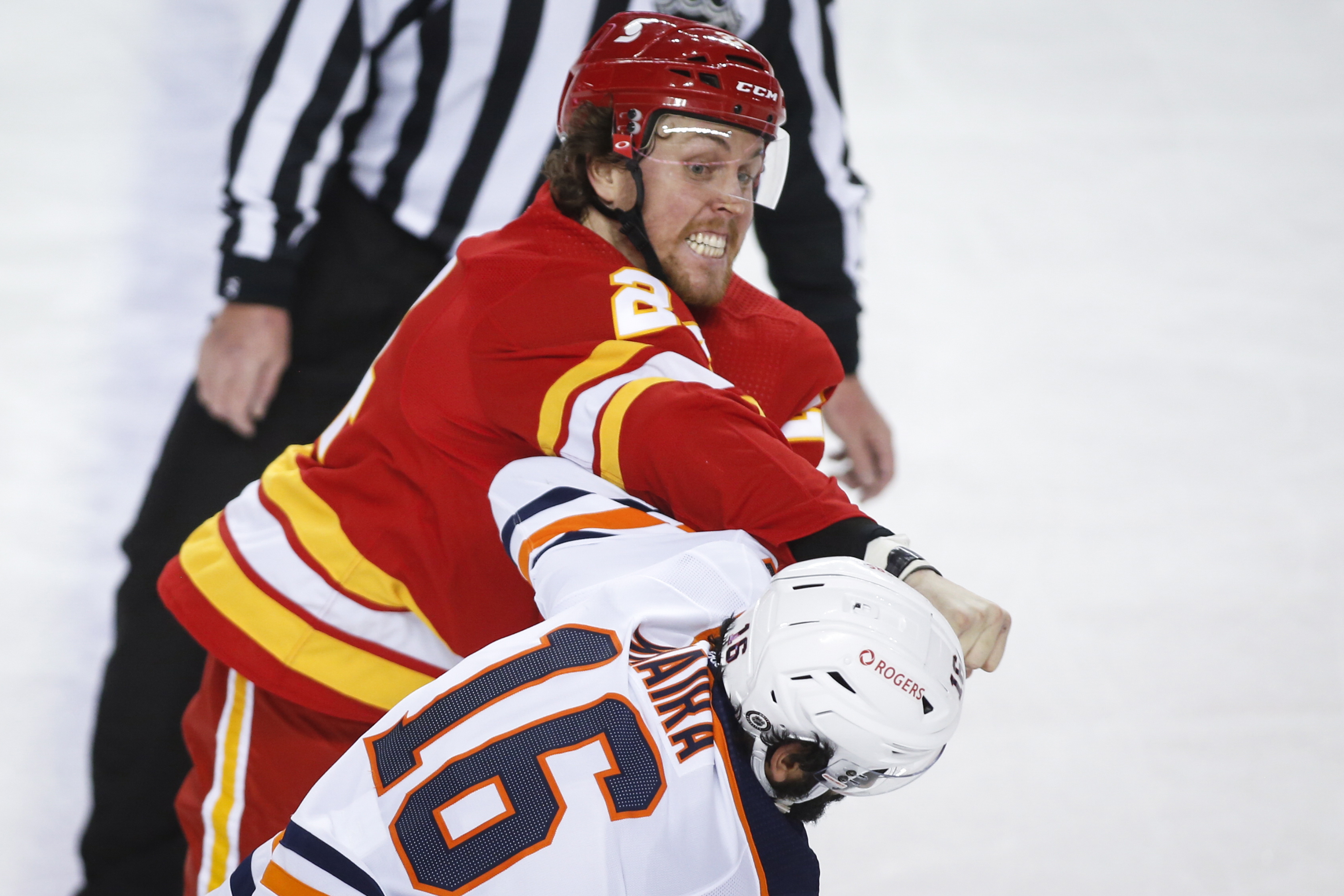 The Oilers hold the third spot in the all-Canadian North Division. The Flames were two points back of the fourth-place Montreal Canadiens.

Flames defenseman Oliver Kylington left the game in the first period after taking Jujhar Khaira’s elbow to the head. Kylington was back on Calgary’s bench before the end of the period.

Khaira and Flames forward Brett Ritchie fought a few shifts later. Khaira appeared dazed after taking several punches to the head and needed help to the bench and down the tunnel. He did not return.

NOTES: The Flames improved to 12-0-0 this season when leading after two periods. … Draisaitl extended his point streak to seven games (seven goals, five assists) and Connor McDavid had an assist to stretch his run to six (three goals, 10 assists).

The teams play again Wednesday night. Then the Oilers host Winnipeg on Thursday night, and the Flames open a four-game trip at Toronto on Friday night.