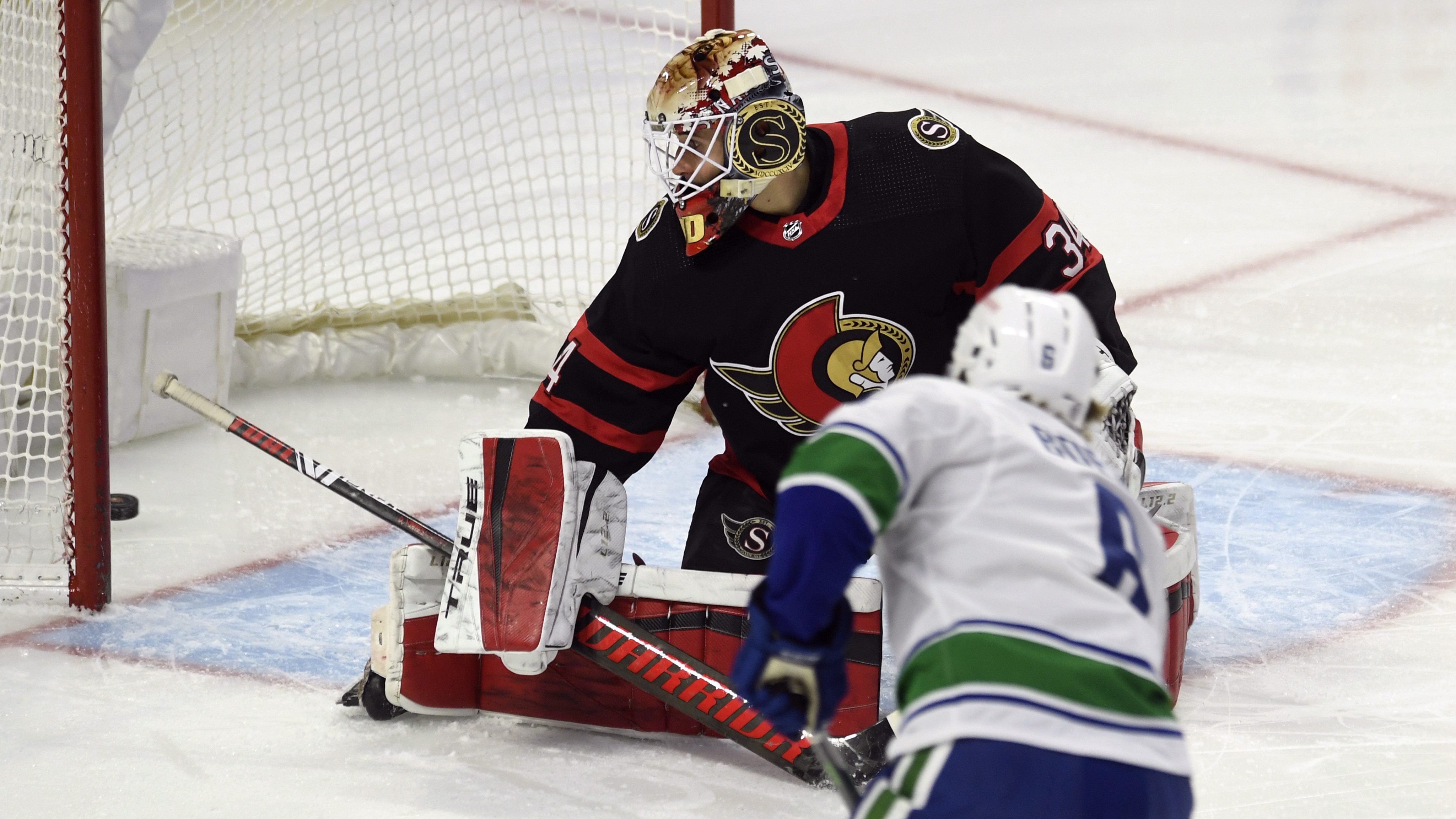 OTTAWA, Ontario (AP) — Adam Gaudette scored in a shootout to give the Vancouver Canucks a 3-2 victory over the Ottawa Senators on Wednesday night.

Bo Horvat had a goal and an assist, Brock Boeser also scored in regulation and Thatcher Demko made 30 saves for Vancouver.

The Canucks have won three straight — also beating Ottawa 3-2 in overtime Monday night — and six of seven to improve to 15-16-3.

Ryan Dzingel and Josh Norris scored for the Senators. They lost goaltender Joey Daccord to an injury in the third period.

Daccord, who had his first NHL victory Sunday against Toronto, left at 5:07 of the third period. He appeared to twist a knee when he went down in the net, and grimaced while being helped off the ice. Filip Gustavsson took over for his NHL debut.

The Senators acquired goaltender Anton Forsberg off waivers from from Winnipeg earlier in the day to shore up its goaltending depth with both top netminder Matt Murray (upper-body injury) and Marcus Hogberg (lower-body injury) sidelined.

Boeser opened the scoring at 2:29 of the first with his 15th of the season, and Horvat added his 13th on a 2-on-1 tap-in at 8:26 of the period. Dzingel drew Ottawa within a goal three minutes into the second, and Norris tied it at 5:34 of the third.