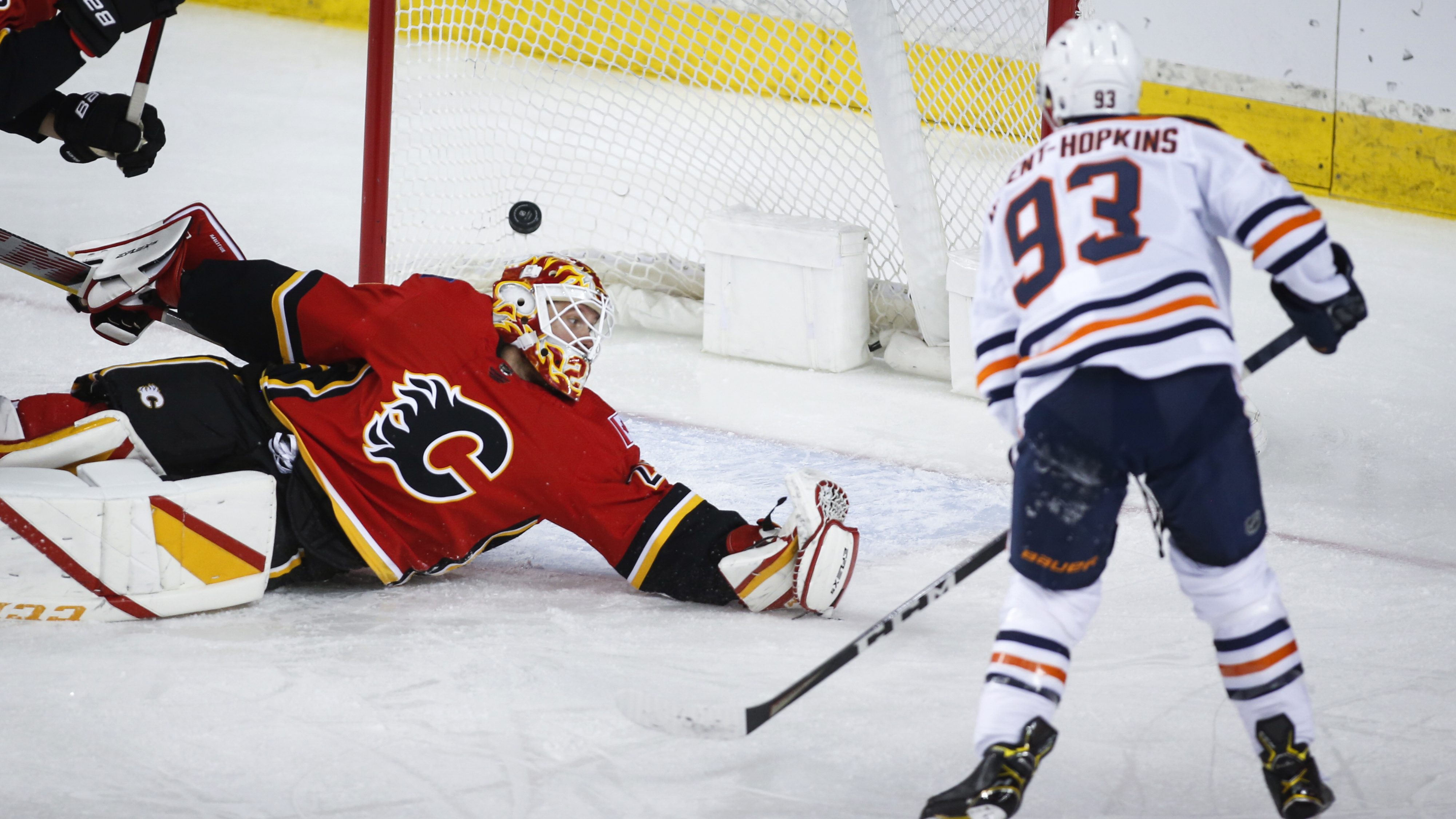 CALGARY, Alberta (AP) — NHL scoring leader Connor McDavid had a goal and two assists and the Edmonton Oilers beat the Calgary Flames 7-3 on Wednesday night to split the two-game series.

McDavid has 18 goals and leads the NHL with 38 assists and 56 points.

Tyson Barrie had a career-high four assists, and Leon Draisaitl had three for the Oilers. Mike Smith made 30 saves.

Elias Lindholm, Mikael Backlund and Johnny Gaudreau scored for Calgary in the Flames’ first loss since Darryl Sutter returned as coach. Sutter directed the Flames to three straight victories after taking over for the fired Geoff Ward.

Oilers: At Winnipeg on Thursday and Saturday nights.

Flames: At Toronto on Friday and Saturday nights.