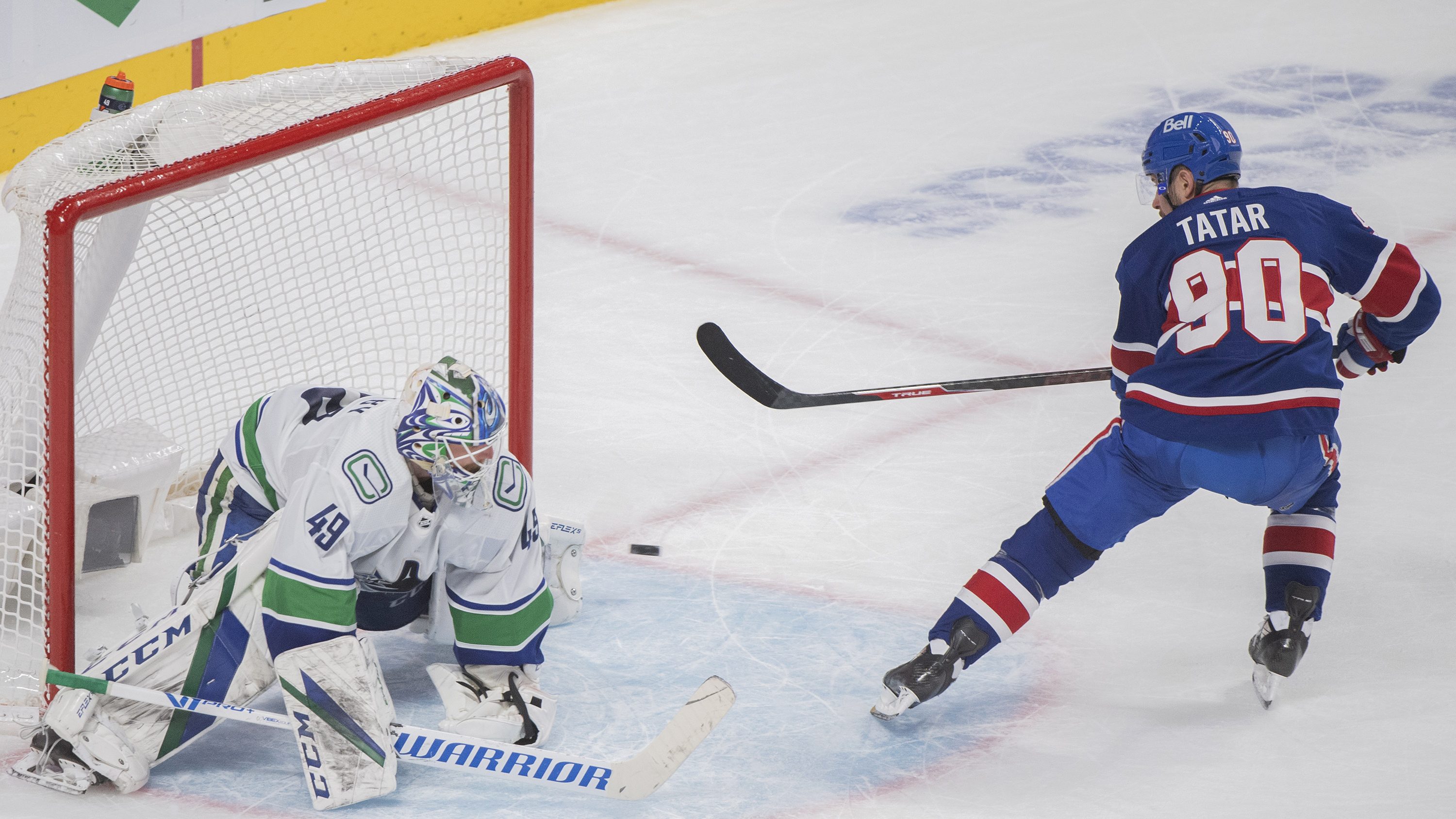 MONTREAL (AP) — Tomas Tatar scored the shootout winner in the Montreal Canadiens’ 5-4 victory over the Vancouver Canucks on Saturday night.

Tatar deftly stick-handled in tight and, when Braden Holtby lunged right to make a stop, the left winger popped a backhander into the left side.

“We were very happy with the win. It was a big roller-coaster of a game,” Tatar said. “We stayed with it and it’s a big two points, for sure.”

Tatar also had a goal and an assist in regulation. Nick Suzuki, Joel Edmundson and Brendan Gallagher also scored, and Shea Weber and Phillip Danault each had two assists. Carey Price stopped 14 shots.

“It’s definitely nice to get the proverbial monkey off our back,” Price. “I guess now we can just move on. We’ve got another one, we’ll try and win that one.”

Canucks captain Bo Horvat had a goal and an assist, and Jake Virtanen, Brock Boeser and Tyler Motte also scored. Hotby made 36 saves.

“It was a tough game. Give Montreal credit. They played well tonight. It was a hard-fought game. I liked that we battled back,” Canucks coach Travis Green said. “It was a hard game for our team and point well earned.”

Montreal rebounded from a 3-2 overtime loss to the Canucks on Friday night. The Canadiens finished the nine-game season series 6-0-3.