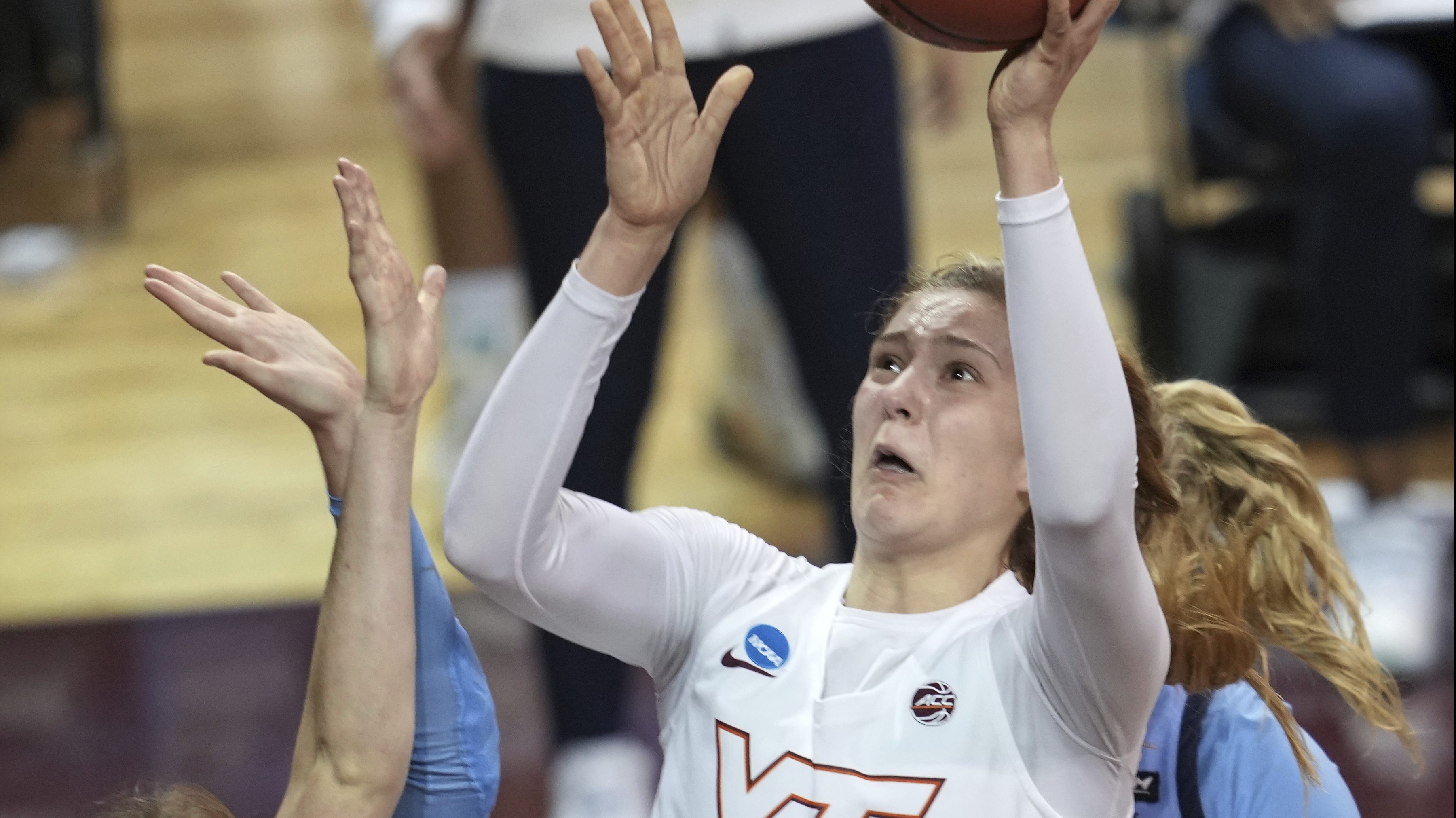 SAN MARCOS, Texas (AP) — Elizabeth Kitley had 23 points and No. 7 Virginia Tech built a big lead and held on for a 70-63 win over 10 seed Marquette in the first round of the NCAA tournament on Sunday.

The Golden Eagles used a 14-2 run to cut it to 3 with 39 seconds to go. Marquette missed its first eight 3-pointers before making its next four, capped by two from Lauren Van Kleunen, to power that run.

Kitley missed a jump shot on the next possession but Marquette got the rebound and Virginia Tech made two free throws before a miss on the other end. Azana Baines added two more free throws with 3 seconds left to secure the victory.

Kitley also had eight rebounds, four assists and three blocks to star for Virginia Tech (15-9) which was in the tournament for the first time since 2006 and the 10th time overall. The Golden Eagles (19-7) were making their fourth straight trip to the tournament and 13th overall.

Kitley powered the Hokies on a day when fellow top scorer Aisha Sheppard, who entered the game averaging 18.3 points a game, managed just seven points on 2 of 7 shooting.

Van Kleunen led Marquette with 18 points, Selena Lott had 17 and Camryn Taylor had 15 points for Marquette before fouling out with less than three minutes left.

Virginia Tech led by nine after three and opened the fourth quarter with an 8-2 run to make it 56-41 with about 7½ minutes remaining. Marquette coach Megan Duffy called two timeouts in that stretch to try to get her team back on track, but it didn’t do much to help the Golden Eagles get back in it until their late run.

The Hokies had a 10-point lead in the third quarter before Marquette used a 6-3 spurt, with 3-point plays from Lott and Jordan King, to cut the lead to 43-36 with about 2½ minutes left in the period.

But Da’ja Green made a 3 for Virginia Tech seconds later to push the lead back to 10.

The Golden Eagles had trouble contending with the 6-foot-5 Kitley, who controlled the paint throughout the game and got multiple easy layups over smaller defenders. The sophomore is a finalist for the Lisa Leslie award which honors the nation’s top center and she was the ACC freshman of the year last season.

Kitley scored seven of Virginia Tech’s first nine points and had 13 by halftime. King made one of two free throws to get Marquette within four with about two minutes left in the second quarter.

But Virginia Tech scored the last seven points of the quarter, capped by a 3 at the buzzer by Georgia Amoore, to take a 32-21 lead into halftime.

All the Marquette players kneeled and locked arms during the national anthem.

Virginia Tech will play the winner of Sunday’s game between No. 2 Baylor and No. 15 Jackson State on Tuesday.