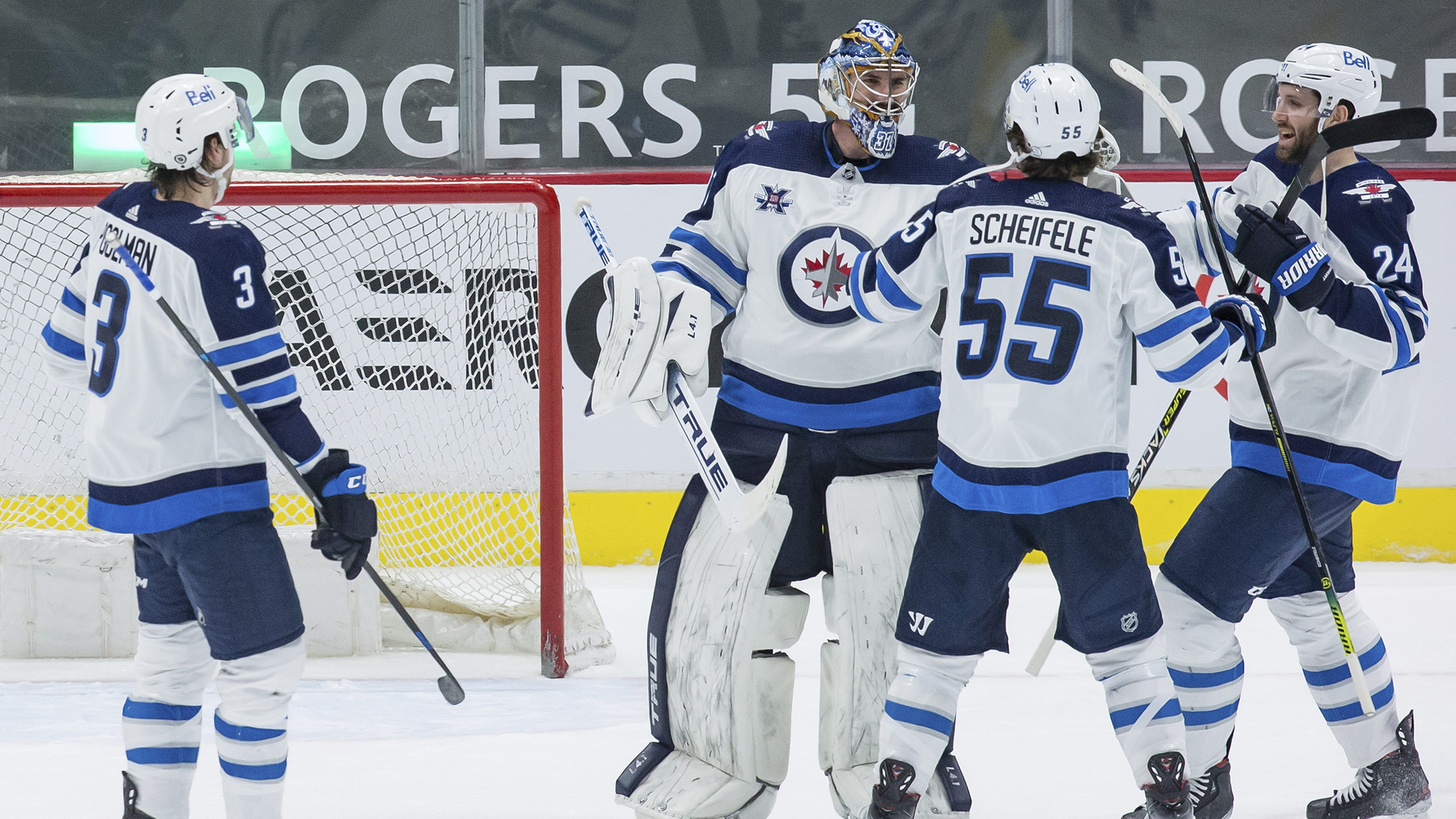 Blake Wheeler opened the scoring for Winnipeg (19-11-2) midway through the first period and Paul Stastny closed the game with a goal late in the third.

It was Hellebuyck’s 21st career shutout. His last came on March 6, 2020, when the Jets downed the Vegas Golden Knights 4-0.

Vancouver was without a key piece for much of the third. Captain Bo Horvat hobbled to the dressing room in obvious pain after taking a slap shot to the foot midway through the period. He did not return.

The win snapped a two-game skid for the Jets, who had their only back-to-back losses of the season against Edmonton last week.

Stastny sealed the win with a shot from the top of the faceoff circle that sailed past Demko with three minutes left on the clock.

Lowry buried his second of the night 8:42 into the final period. Demko stopped a shot from Andrew Copp but couldn’t control the rebound and the puck landed on Lowry’s stick. He quickly popped it into the net to give the Jets a 3-0 lead.

Lowry had given the Jets some breathing room earlier in the third with a shot from the dot that hit Canucks defenseman Travis Hamonic in the shoulder and ricocheted into the Vancouver net, putting Winnipeg up 2-0.

A turnover in the Jets end led to Winnipeg’s first goal of the game.

Wheeler picked the puck off Canucks defenseman Alex Edler and streaked down the ice on a 2-on-1 breakaway with Stastny.

Vancouver’s Nate Schmidt dropped to the ice in front of the crease in an attempt to stop a pass, but Wheeler kept the puck and slipped a shot through Demko’s legs to give the Jets a 1-0 lead 9:41 into the opening period.

The Jets dominated play through much of the second, allowing the Canucks just six shots on goal.

NOTES: Both teams were 0 for 1 on the power play. … Canucks center Brandon Sutter missed the game with an undisclosed injury. He was replaced in the lineup by Tyler Graovac. … Earlier Monday, Vancouver claimed center Travis Boyd off waivers from the Toronto Maple Leafs.

The teams complete a two-game set on Wednesday night.