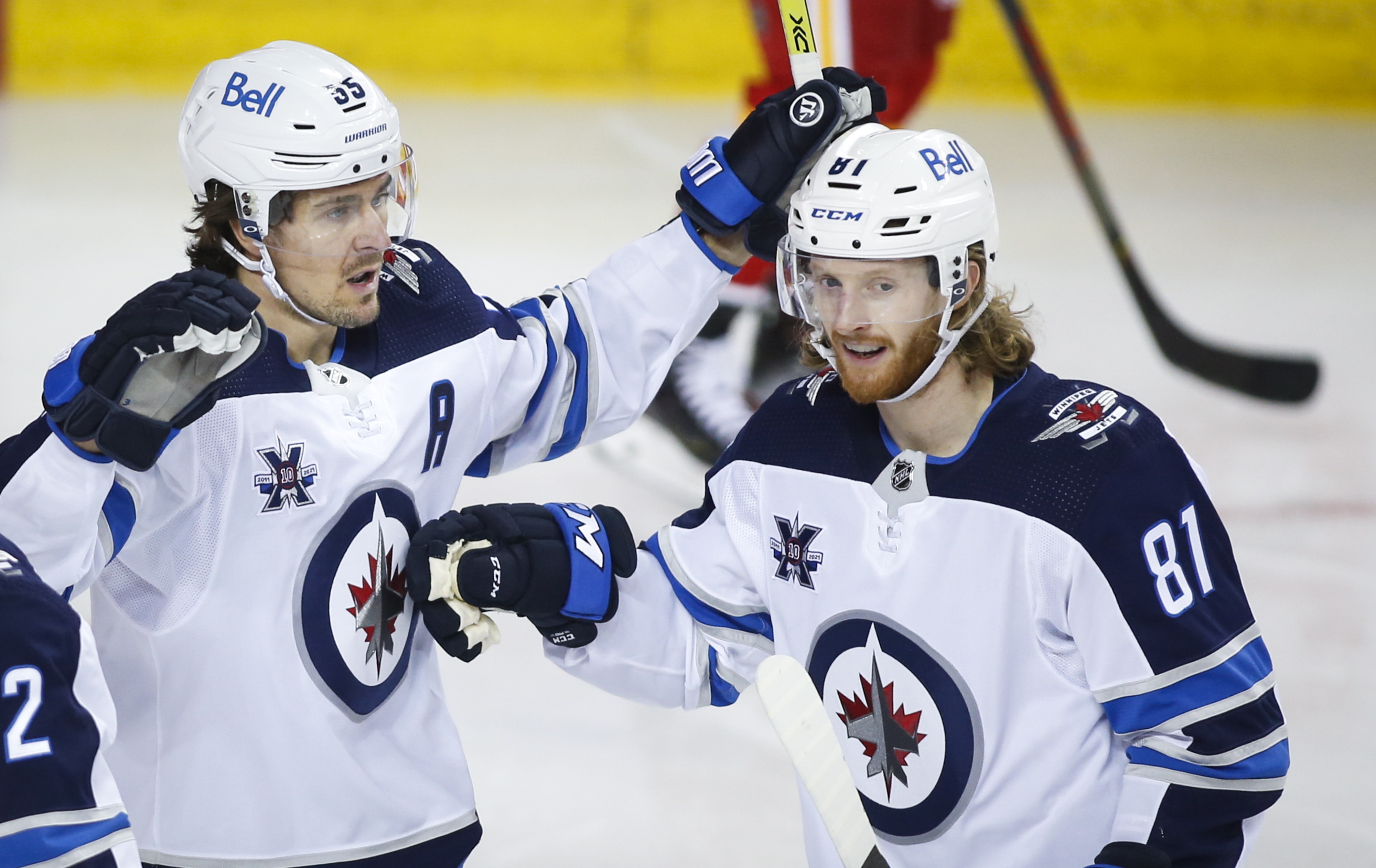 Winnipeg leads the nine-game season series against Calgary 5-2-1. After three meetings in four days, the teams don’t face each other again until May 5.

Winnipeg remained second in the North Division and a point behind the front-running Toronto Maple Leafs.

The Flames trailed the fourth-place Montreal Canadiens, who held down the final playoff berth, by two points.

Scheifele scored his second of the game at 3:31 of the second to push the Jets’ lead to 3-1. Ehlers skated the puck deep and dished to Scheifele, who top-shelfed his own rebound.

Officials disallowed a Flames goal at 5:32 ruling that Milan Lucic interfered with Hellebuyck on the play.

Copp put Winnipeg up by three with 5:29 left in the second as he redirected Ehlers’ cross-ice setup past Markstrom’s right toe.

Dubois scored on a rising wrist shot from the top of the circle at 1:04 of the third period. It was the second shot Rittich faced in the game.

A tic-tac-toe passing play below the hashmarks with Johnny Gaudreau and Matthew Tkachuk opened the net for Lindholm’s power-play goal 2:24 into the game.

Winnipeg took the lead with two goals in less than two minutes late in the first.

Thompson tied it with 3:41 left. The play was reviewed to determine if he’d kicked Dylan DeMelo’s shot on goal into the net but it stood. Schiefele’s one-timer off the rush on Connor’s pass beat Markstrom stick-side with 1:47 to go in the period.

Winnipeg has used the same 18 skaters and two goalies in 11 straight games.

Flames: At Vancouver on Wednesday night to open a two-game trip.