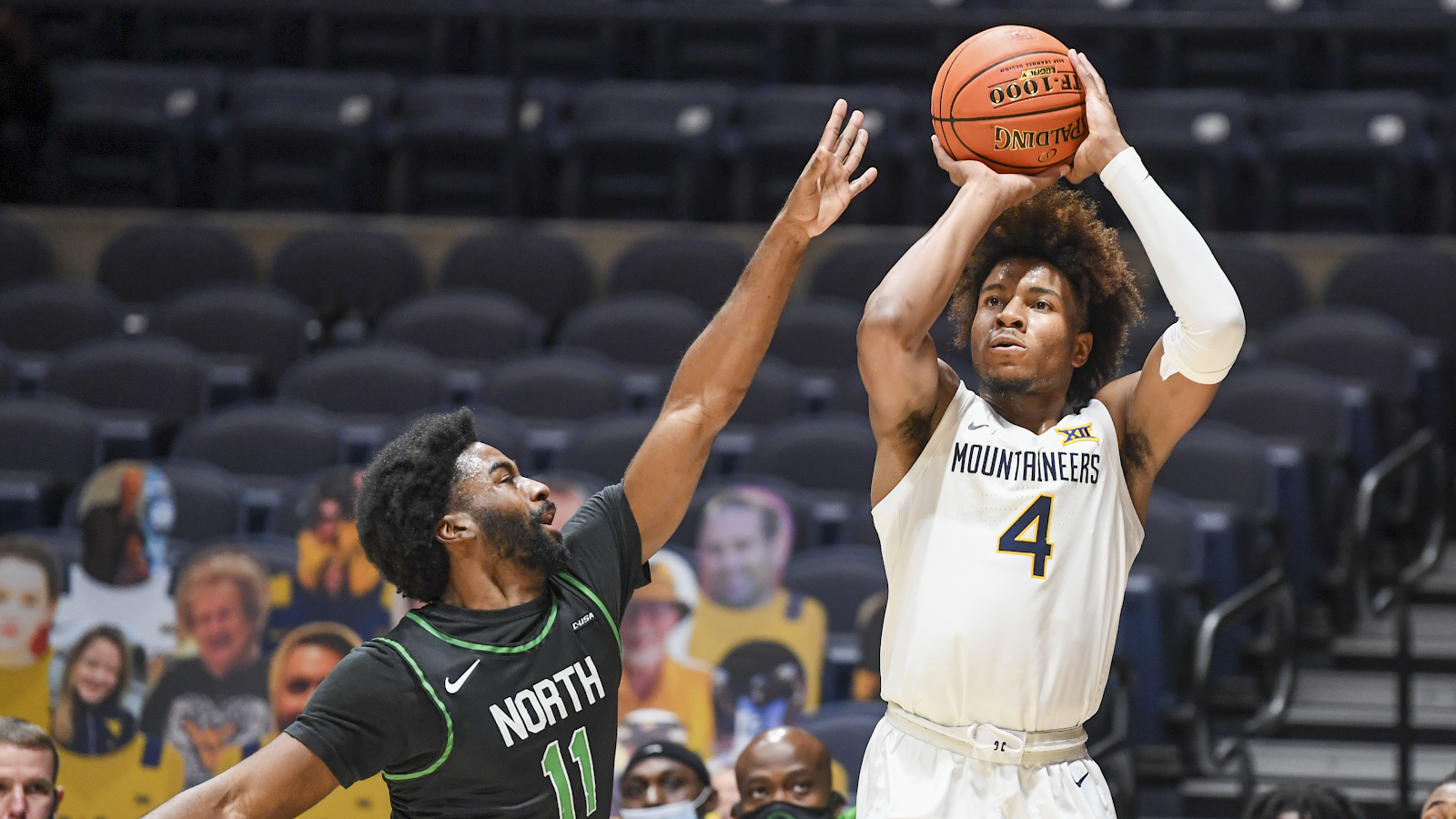 McBride rises up for a baseline jump shot in West Virginia’s contest against North Texas on December 11, 2020 (Courtesy: WVU Athletics)

MORGANTOWN, W.Va (BVM) —  After an up and down freshman season, Miles ‘Deuce’ McBride was not even remotely on any scout’s NBA draft big board. But in an industry as fluid as the world of professional sports, things can change in the blink of an eye and one good season can result in several doors opening for players.

That is exactly what has happened to West Virginia’s sophomore guard as he announced last weekend that he is declaring for the upcoming NBA Draft. McBride posted on social media a thank you to the Mountaineer faithful as he weighs his options for the future simply saying, “After conversations with my family and WVU coaching staff, I have decided that I will be declaring for the 2021 NBA draft.”

The ambiguity and vagueness of his remarks has left fans of West Virginia basketball a little nervous, at least more so than the overall feeling of fellow draft declarees in Sean McNeil and Taz Sherman, both of whom released declaration statements hinting at the fact that it is more than likely that they will return to Morgantown for the 2021-22 season.

In the case of McBride, it is no wonder why the sophomore guard is looking to cash in on his successful second year in the old gold and blue. Deuce improved in nearly every single statistic from his freshman to sophomore year as he went on to average nearly 16 points and five assists per game in 2020-21, up from the 9.5 points and under two assists he averaged as a neophyte. That point and assist total does not paint the whole picture as McBride was also much more efficient this past year than he was as a freshman. The Cincinnati kid improved his assist-to-turnover ratio remarkably in his second year, going from averaging about one turnover for every assist to averaging over 2.5 assists for every turnover. Take into account the level of competition McBride was going through facing off against the likes of Texas, Oklahoma, Kansas and eventual national champions in Baylor. In addition, he was the primary ball handler playing over 30 minutes a game and McBride’s ability to take care of the ball as well as set up his teammates cannot be overlooked.

The sophomore was also able to improve his shooting capabilities during his most recent campaign. Although he did most of his damage in the mid-range game, Deuce was able to improve his 3-point shooting by over 10 percentage points going from about a 30% shooter as a freshman to an almost 41% shooter as a sophomore. Add in his capabilities as a defender, he averaged almost two steals a game this past year, and it is not hard to see why McBride believes he has a chance to play at the next level.

Various NBA mock drafts have the sophomore going between the mid 30s to the high 40s in the second round. Players taken in that range usually take some time to develop into contributors on an NBA team and may find themselves bouncing between the G-League and NBA rosters in their first couple of years against professional competition. McBride, however, has left his options open to return to school for his junior season where he can look to make improvements to his game just like he did in between his freshman and sophomore seasons. McBride is the type of player who may benefit from returning to school for an extra year where if he is able to replicate his 2020-21 season he could find himself falling in the first round or maybe even in the top 14 in the lottery.