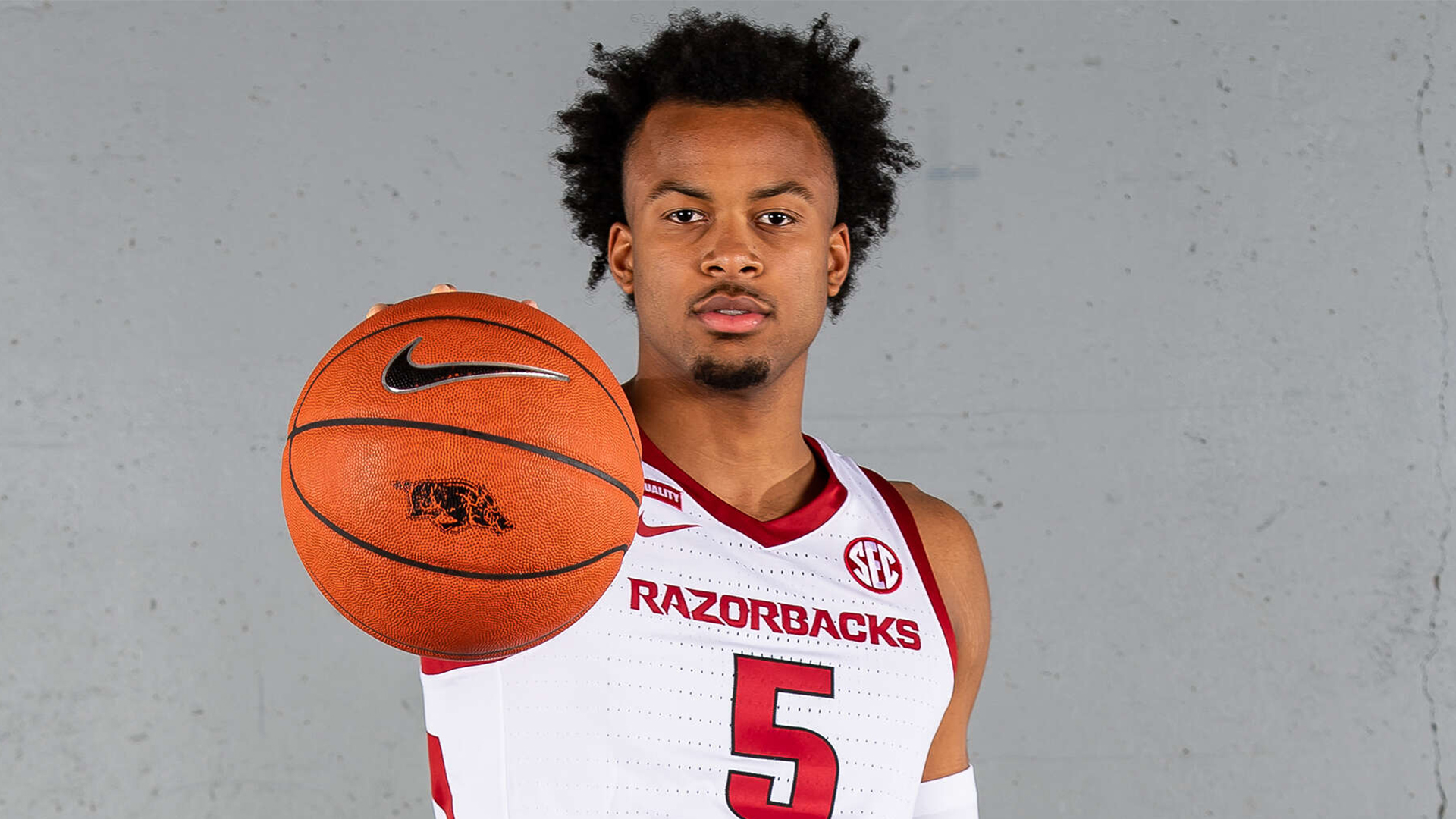 Moses Moody will be entering the 2021 NBA Draft. (Credit: University of Arkansas Athletics)

FAYETTEVILLE, Ark. (BVM) — After one of the more memorable years in Razorback history, SEC Freshman of the Year Moses Moody has declared for the NBA Draft.

Moses is the first EVER one and done from @RazorbackMBB! Thanks for being such a big part of a memorable ride. Congratulations and good luck @moses_moody3! Once a Razorback always a Razorback! https://t.co/lV3HrzbUXU

Currently, Moody is ranked No. 21 in ESPN’s Best Available for the upcoming NBA Draft. The NBA Draft is slated to happen on July 29.

This past season, Moody averaged 16.8 points, 5.8 rebounds, and 1.6 assists. He also led the team with an average of 33.8 minutes played. During his memorable stretch, Moody shot 42.7% from the field, including shooting 81.2% from the free-throw line. Moody also showed he could score at will by having nine 20+ point performances. This included him scoring a career–high 28 points during the season.

He also recorded one double-double against Missouri. He scored 18 points and grabbed 10 rebounds in that matchup up.

“I once read a saying that people come into your life a season, reason, or a lifetime,” Moody said in a statement. “I came home to right the ship, to help spark the movement that put Arkansas back on the map. And I wanted to be a part of a team that would be remembered as winners.”

That’s what Moody and this Razorback team did. They advanced all the way to the Elite Eight after defeating Colgate, Texas Tech, and Oral Roberts. They would lose to eventual national champion Baylor in that game. But it was the deepest run that a Razorback team had since the 1994-95 team lost in the national championship game.

Moody has already accomplished a lot in his basketball career. Now, he’ll look to have success at the professional level and against some of the best players the sport has to offer.

“We fully support Moses and his family in the decision to enter the NBA Draft. We were excited last spring when they trusted us to continue his basketball journey. I’ve said it many times that Moses handles his day-to-day business like a pro, and he will be ahead of the curve when he starts his professional career,” Arkansas head basketball coach Eric Musselman said in a statement.

“Moses was able to showcase his many talents in our system – including being our leading scorer and second-best rebounder – and we believe he continued to make improvements throughout the year to put himself in this position. We will continue to work with Moses and his family as well as do all we can with our connections in professional basketball to promote Moses.”