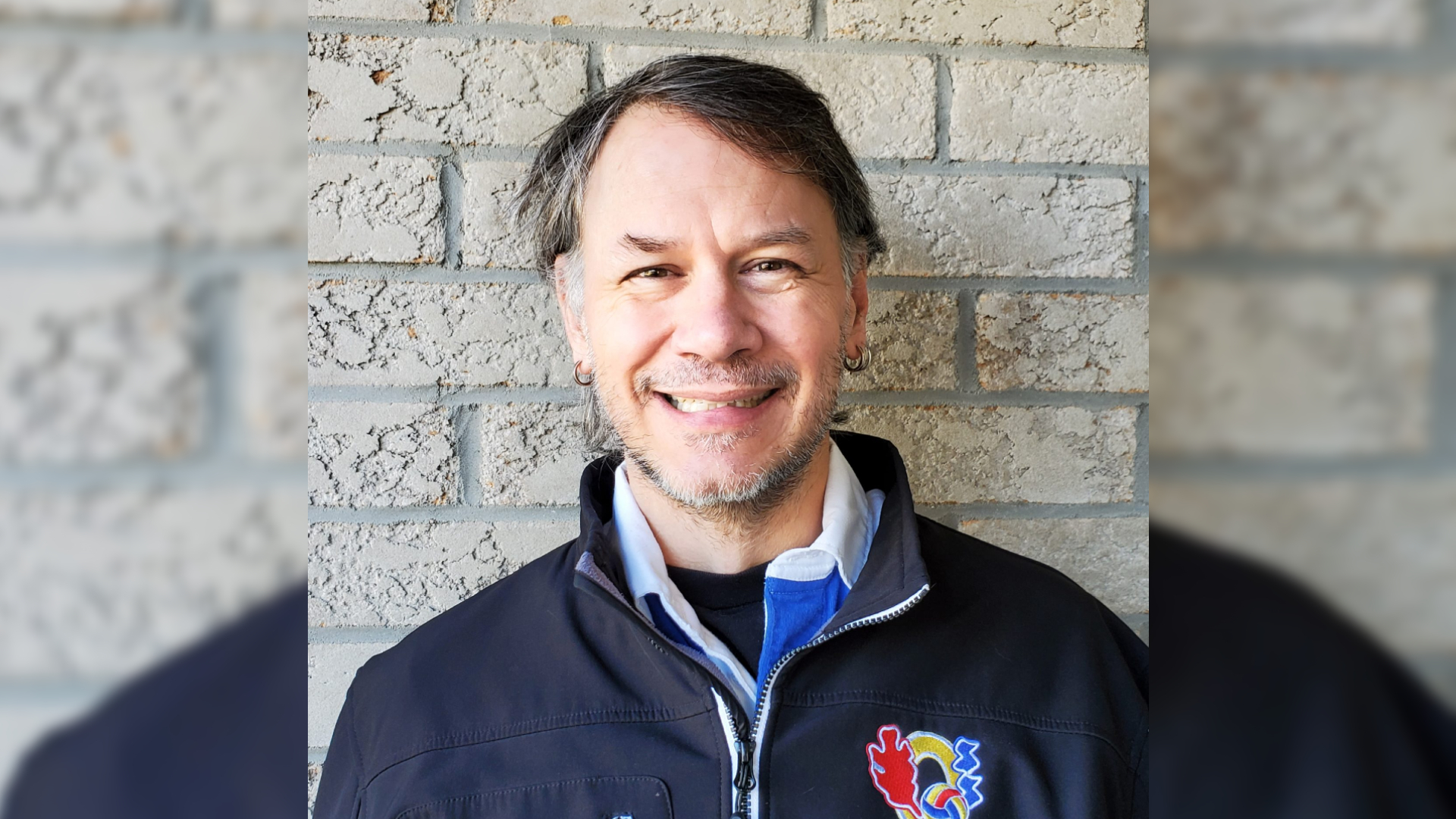 LONDON, Ontario — Participating on a high school sports team can be a life changing experience for teens. The opportunity to learn discipline, respect, and of course athletic skills can have profound effects on students carrying on into adulthood. Talented and dedicated coaches are the driving factor of these positive outcomes, and Oakridge native Jamie Neilson exemplifies these qualities.

Jamie attended Oakridge Secondary School from 1985-1990. There, under the direction of volleyball coaches Vaughn Peckham and Dave Preston, he developed his love of the game. During his time with the team, Jamie was inspired by the participation and efforts of former students who returned to the court to practice with the new recruits. Both Coach Peckham and his former players instilled in Jamie the drive to volunteer his time with the team upon graduation, and his involvement in Oakridge Volleyball grew from there.

Jamie became involved with the team in a coaching capacity in 1994, leading to his current role as head coach of the senior team since 2005. At the end of the 2019 season, his coaching record stands at 606-94-45, and includes four OFSAA gold medals, and five silvers. It is a number of which the coach is extremely proud, but adding to the win column isn’t his sole driving factor. “Absolutely, I enjoy winning championships—success is great—however, some of the greatest moments in coaching come from teaching a skill, and seeing a player implement it. When you have the opportunity to witness a lightbulb moment in a player’s career as they successfully execute a skill in a game situation that perhaps they had struggled with, it is so rewarding to see that smile appearing on their face,” explains Jamie. He also looks for opportunities to put players into a match that might not normally get that chance. “One year we were in the match round of OFSAA, and were up quite a bit at one point—it was clear we were going to win. I made sure to play one guy in particular that I knew would not normally get the chance. Although he had struggled a bit with serving, when it was his turn, he attempted a spin serve and aced it. I watched as he and the entire team went crazy in celebrating his success. To that kid, it was a championship moment.”

From a parent’s perspective, having Jamie as a coach was a breath of fresh air. Colleen Jordan, whose three sons all played Oakridge volleyball, recalls that, “he was so open to talking with the parents. He always maintained a strong sense of fairness and brought out the best in each player. He identified talent amongst the players and put them on the court because they deserved to be there.” Colleen’s sons Brandon, Taylor, and Cole also shared positive memories of their time at Oakridge. “When I was part of the team,” says Brandon, “we were one of the most talented teams in the area. All the guys played both high school and club volleyball. However, we ended up losing a huge game one year at OFSAA, but not because of our lack of skill—because we didn’t work hard enough. Jamie always reminded us that hard work beats talent when talent doesn’t work hard, and losing that game was an important life lesson for all of us.”

What made a lasting impression on brothers Taylor and Cole was Jamie’s dedication to the team and the players. “He would always arrive straight from work for our practices and games, and then also take time on the weekends for tournaments. His dedication and energy for both the school and the sport were inspiring, and only made the guys on the team want to work even harder.” Perhaps that involvement and dedication stem from lessons learned from his own parents. Attending every single home game were Jamie’s parents, who, despite having no kids of their own as players, were some of the team’s biggest supporters.

Retirement from coaching has occasionally crossed Jamie’s mind over the past few years. One thing stopping him from stepping aside in the immediate future is the fact that his own son Carter is currently in grade seven at Clara Brenton Public School, and he would love the opportunity to coach him and/or his friends when they start their time at Oakridge and try out for the team.

When the day comes that Jamie does leave the Oakridge bench as a coach for the last time, he will have made a lasting impression not only on the record books, but also on the lives of countless players, having instilled in them valuable game and life lessons along the way.