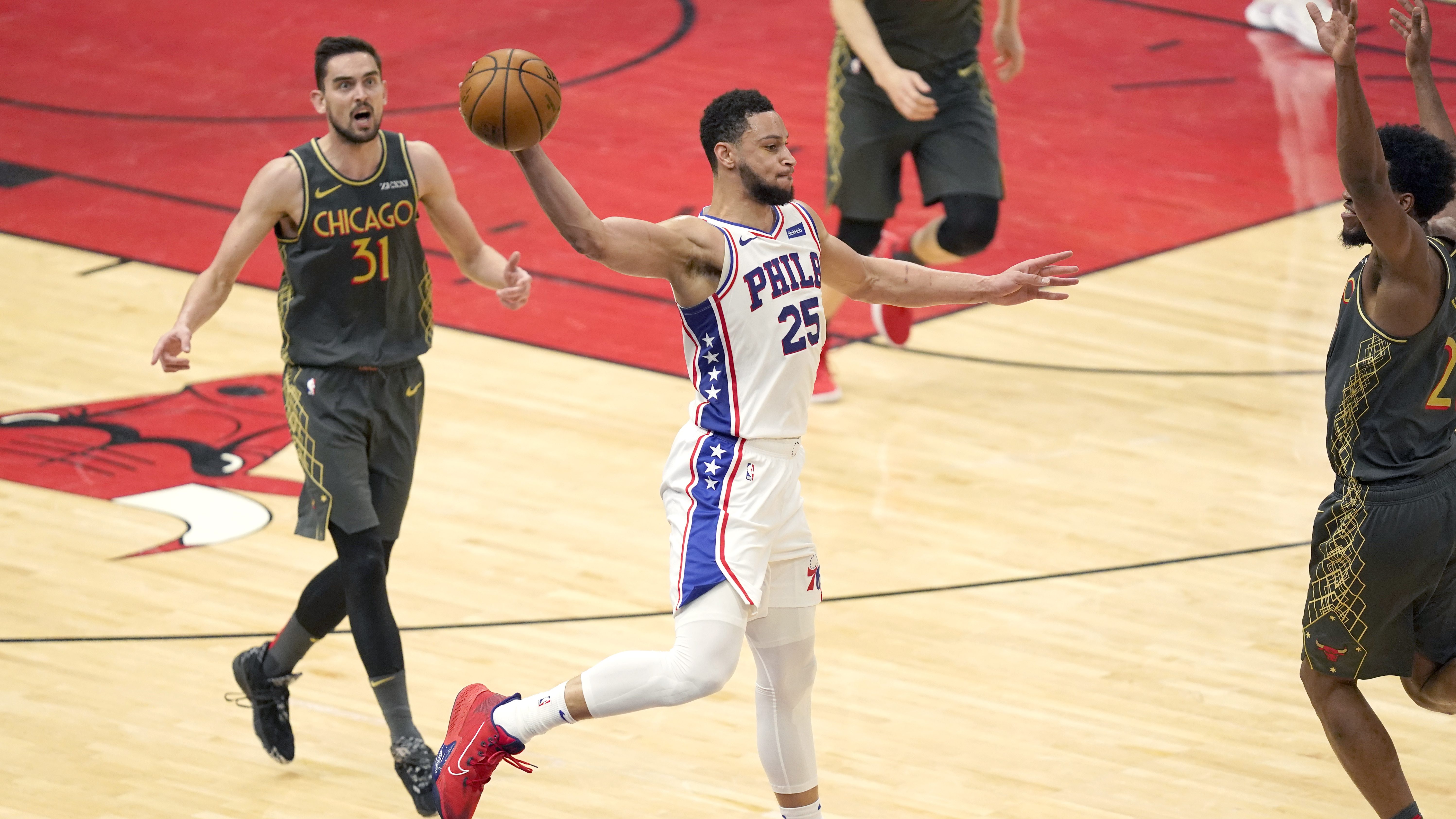 Philadelphia built a big third-quarter lead and then held on, staying ahead of the Brooklyn Nets for the top spot in the Eastern Conference.

Coby White scored 23 points for the Bulls, who played without both Zach LaVine and Nikola Vucevic for the second straight game. Thaddeus Young added 13 points in the team’s fourth straight loss and sixth of eight. Chicago remained 12th in the East.

Philadelphia led by as many as 23 points in the third quarter and by 20 to start the fourth. But Chicago went on a 24-5 run to get within 88-87 midway through the final period.

The 76ers responded with a 12-4 run, highlighted by Harris’ floater that made it 100-91 with just over two minutes left. Philadelphia was playing the second of a back-to-back after outlasting San Antonio in overtime a night earlier.

The Sixers never trailed. Curry opened the scoring with a 20-foot jumper and had 11 points in the first quarter.

76ers: Won their seventh straight over the Bulls.

Bulls: Coach Billy Donovan said LaVine has passed all of the league’s health and safety protocols and could be available against Charlotte on Thursday. … Vucevic (hip) missed his second straight game after an MRI showed no significant damage. Donovan said the team will have a better idea of his return in the next couple days. … Troy Brown Jr. (sprained ankle) missed his eighth straight game.

76ers: At Houston on Wednesday.

Bulls: At Charlotte on Thursday.