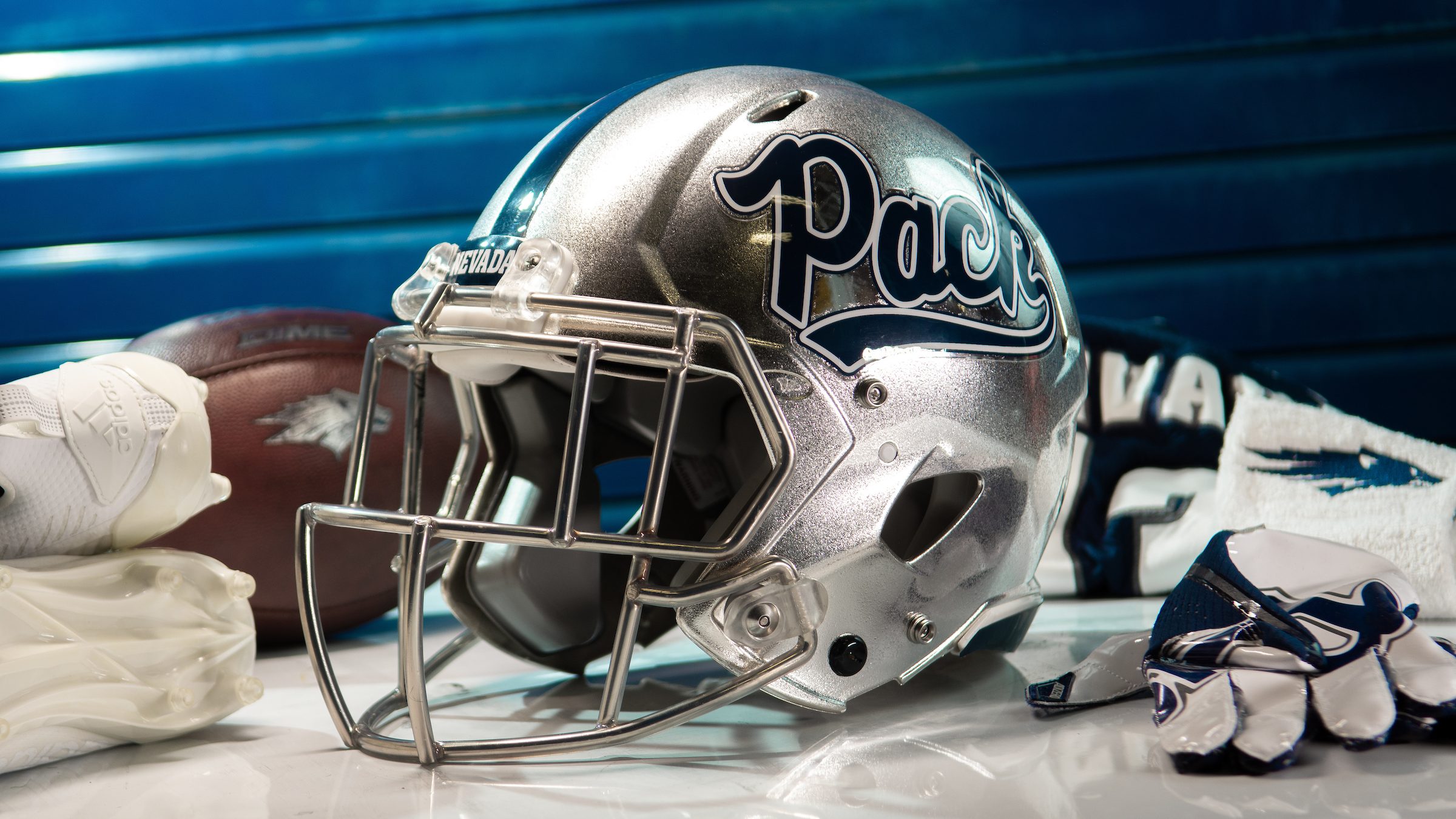 Nevada football’s new helmet for the 2021 season features a metallic flake silver along with the “Pack script” on one side and the player’s number on the other. (Courtesy: Nevada Athletics)
BVM Sports Staff Writers

RENO, Nev. (BVM) – Nevada football will wear one of the most unique helmets in college football during the 2021 season. In fact, the Wolf Pack will don lids that no other program will.

“We are building a team with unique qualities. You guys are unique,” head coach Jay Norvell told his team before its spring game on Saturday. “This helmet is unique. Nobody else will wear this helmet but us, but the Wolf Pack. Carry yourselves that way.”

Our guys got a sneak peek of the new helmets before the Spring Game yesterday, and it's safe to say we think they like them!#BattleBorn // #NevadaGrit pic.twitter.com/FjTX0EdkWw

The team’s primary helmet underwent a color change, but the design remains the same. Nevada will wear a silver helmet with the “Pack script” on one side and the player’s number on the other. The Wolf Pack’s 2021 helmet uses a metallic flake silver modeled after Notre Dame’s iconic helmet.

As we get set for the Silver and Blue Spring Game, here's a look at our helmet for the 2021 season.

Also unveiled on Saturday was Nevada’s alternative helmet which is white. The decals on both sides of the helmet remain the same as the primary: blue with a white outline and navy stripe down the middle.

The Wolf Pack wrapped up a 15-practice spring camp on Saturday with the Silver and Blue Game in front of 1,800 socially-distanced fans. Nevada opens its 2021 season Sept. 4 at Cal and hosts Idaho State on Sept. 11 for its home opener.