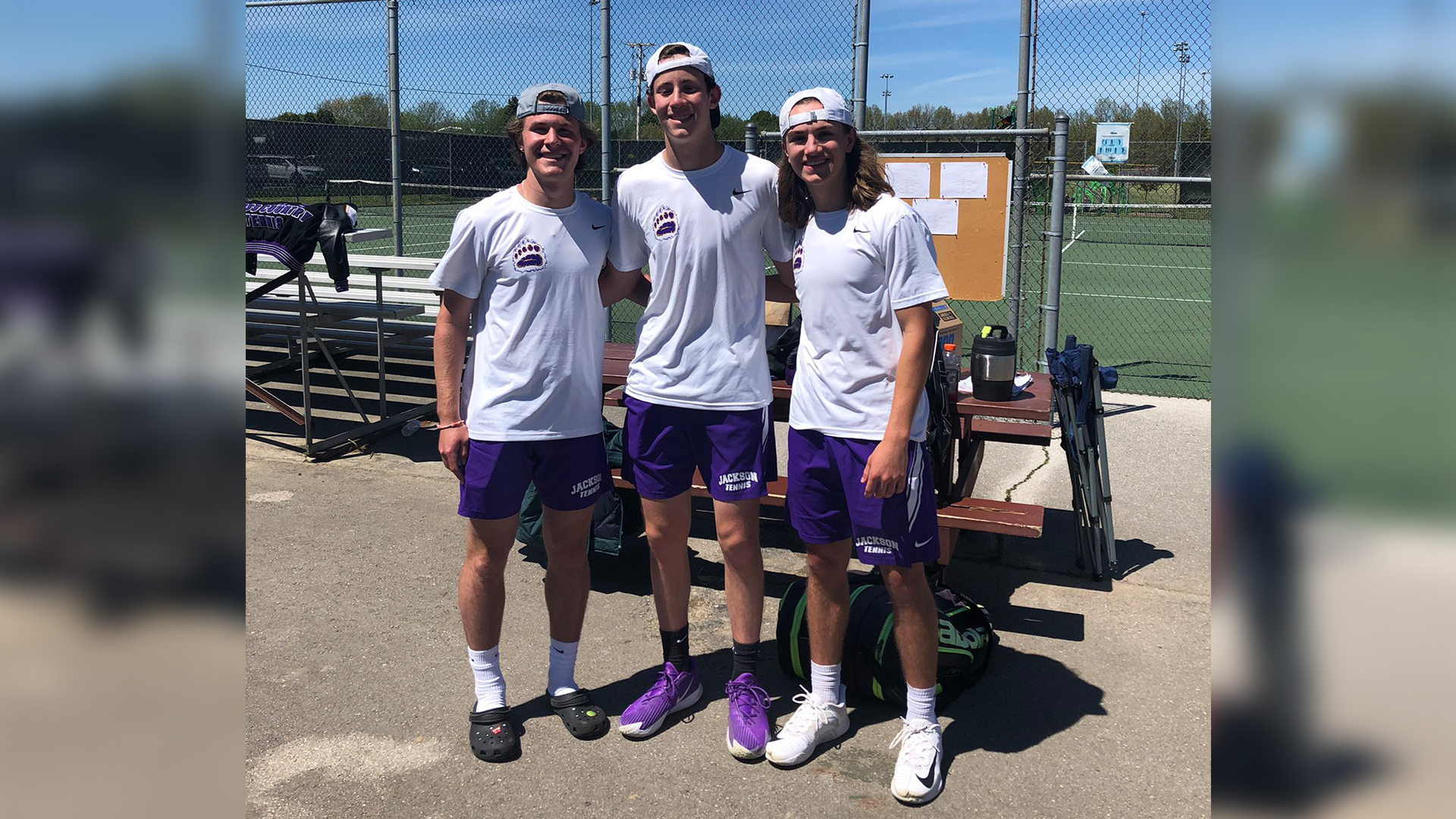 MASSILLON, Ohio (BVM) — The 8-7 record of the Jackson High School boys tennis team may not be something that makes anyone look twice at. However, the team’s play within the Federal League has been a different story.

The Polar Bears went a perfect 6-0 within their conference during the regular season, and last weekend, they took home a Federal League Tournament title.

In the tournament finals, Jackson was led by stellar play from all three of its singles players, including Alvin Altman, Ryan Kelley and Lucas Immel. They also received a couple strong performances in the doubles matches, as the No. 1 team of Arjun Krishnamurthi and Shiv Nagajothi as well as the No. 2 team of Maxx Gmerek and Denil Joseph each took home victories.

For the Polar Bears’ top singles player in Altman, it is his first year competing at the high school level after the 2020 season was canceled due to the COVID-19 pandemic. And early on, he and the rest of the Jackson squad were tested.

That experience is part of what led to a perfect Federal League season. And this is certainly not the first time the Polar Bears have seen success within the league, as they have gone 50-1 in Federal League matches since coach Louie Thomas has been at the helm.

As postseason play continues, Jackson knows that thanks to its experience and talent, they have what it takes to make a special run.