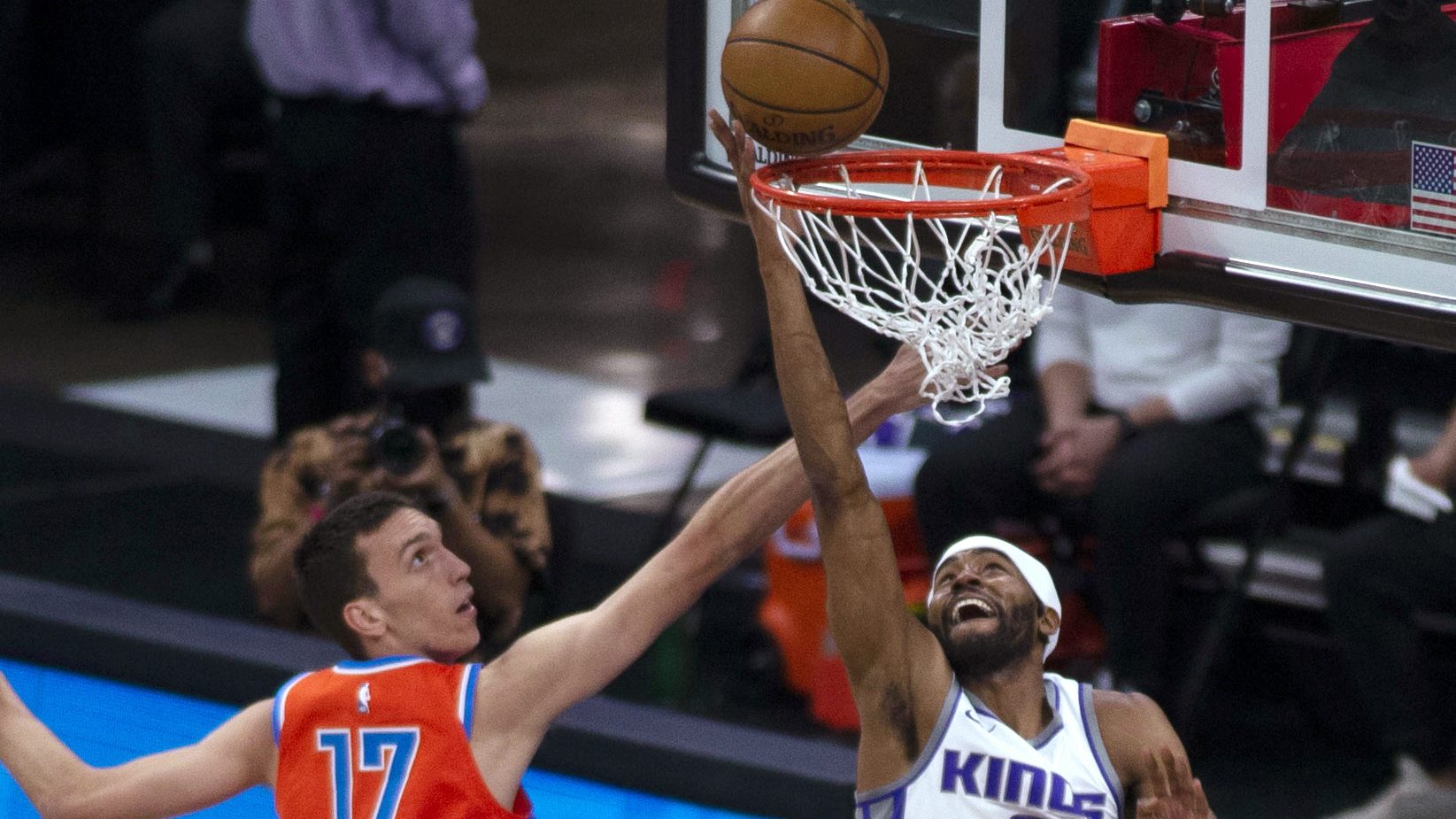 Ending the NBA’s longest playoff drought – 14 years – won’t be easy for coach Luke Walton’s team. After playing the Thunder again on Tuesday, Sacramento travels to Memphis for two games against the Grizzlies then return home to face the Jazz on Sunday.

Missing two key starters along with first-round draft pick Tyrese Haliburton, the Kings got off to a quick start and rolled past the flailing Thunder.

Sacramento led by 24 in the first half, outscored Oklahoma City 35-20 in the third, then cruised to its most lopsided win this season.

Justin James and Damian Jones hit consecutive 3s late in the third quarter, and Hield made one beyond the arc to put the Kings up 104-69.

The Thunder continued their disappointing slide that began in April. Oklahoma City has lost seven straight and 21 of 22.

Former Kings general manager Vlade Divac sat courtside next to owner Vivek Ranadive, with current general manager Monte McNair sitting on the other side of Ranadive. Divac and Ranadive frequently chatted while huddled together during timeouts. At one point, Hield walked over and hugged Divac, who stepped down as GM following the 2020 season.

Kings: Marvin Bagley III had 13 points and nine rebounds in 21 minutes. … De’Aaron Fox’s status is uncertain after being cleared to return to the team from the NBA’s health and safety protocols. … Harrison Barnes (left adductor) did not play.