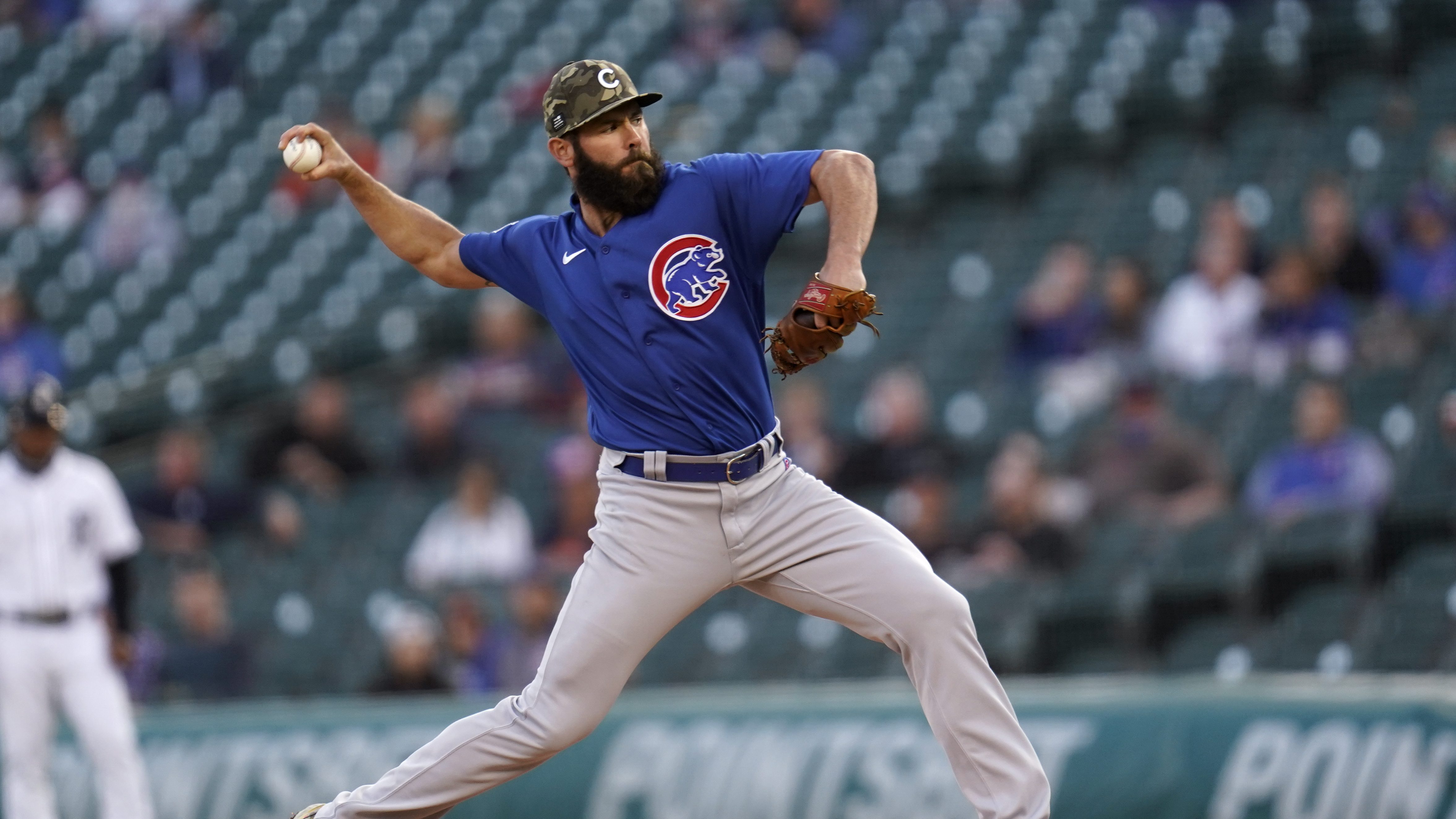 DETROIT (AP) — Kris Bryant hit a two-run homer in the third inning, and the Chicago Cubs went on to a 4-2 victory over the Tigers, snapping Detroit’s four-game winning streak Friday night.

Jake Arrieta (4-3) faced the minimum number of hitters until the bottom of the sixth, when Detroit’s Jake Rogers and Robbie Grossman hit consecutive home runs with two out. That was all the scoring for the Tigers, who entered the night with the second-worst record in baseball, percentage points ahead of Minnesota.

Joc Pederson had three hits for the Cubs, who snapped a three-game losing streak.

Arrieta allowed two singles and a walk through the first five innings, but each of those baserunners was immediately erased by a double play. He was taken out after the sixth. Three Chicago relievers went an inning apiece.

Craig Kimbrel struck out of the side in the ninth for his seventh save in eight chances.

Bryant opened the scoring with his 10th homer of the season, and the Cubs added two more runs in the fifth. Anthony Rizzo hit an RBI double, and Javier Báez made it 4-0 with a run-scoring single.

Arrieta was activated from the injured list before the game. He had been sidelined by a right forearm strain. He allowed seven runs in 3 1/3 innings in his previous start, April 30 at Cincinnati.

Chicago sends RHP Trevor Williams (2-2) to the mound Saturday against José Ureña (1-4) of the Tigers.