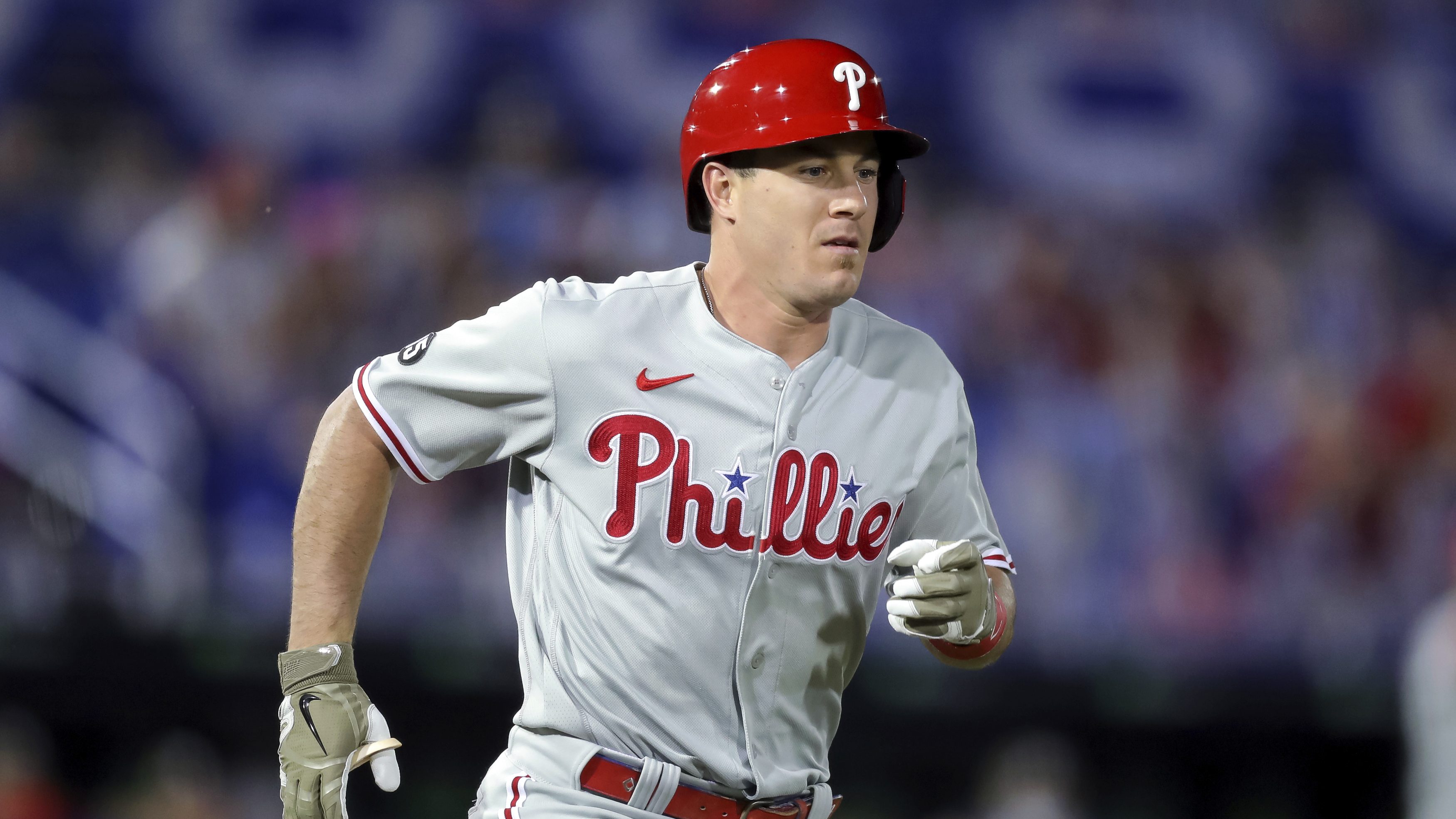 J.T. Realmuto returned to the Phillies’ starting lineup one day after being placed on the COVID-19-related injured list and drew a bases-loaded walk that made it 1-all in the seventh.

The star catcher went 0 for 4 as the designated hitter. He felt ill and had a fever Wednesday night, but was cleared by MLB to return.

Tim Mayza replaced Toronto reliever Trent Thornton (1-1) with two on and one out in the seventh and walked Bryce Harper and Realmuto.

Hoskins followed with a double off Mayza to make it 4-1. Alec Bohm added an RBI double later in the inning.

Vladimir Guerrero Jr. put the Blue Jays up 1-0 with an opposite-field homer in the sixth off Vince Velasquez.

It was Guerrero’s first homer against the Phillies. His Hall of Famer father, Vladimir Guerrero, hit 31 off Philadelphia, his most off any opponent.

This was the opener of the Blue Jays’ third and final homestand at TD Ballpark. Toronto is playing at its spring training facility in Dunedin due to COVID-19 restrictions in Canada and will move home games to Buffalo, New York, next month.

Realmuto grounded out with the bases loaded to end the third and struck out with two on to finish the fifth. Harper went 2 for 3 with the three walks.

Velasquez gave up one run and three hits in 5 ⅔ innings. He struck out seven and walked three.

Gooden threw the gem knowing that his father was awaiting heart surgery.

“I just remember how concerned Doc was about his father,” Girardi said. “And his father told him to go pitch and come see me tomorrow, and that’s exactly what Doc did.”

It was announced on Friday that the name of Toronto’s first accessible baseball diamond will be Roy Halladay Field. It came on what would have been the Hall of Famer’s 44th birthday.

It will offer athletes of all abilities the chance to learn and develop life skills through baseball.

Phillies: SS Didi Gregorius (right elbow stiffness) didn’t play for the second straight game but is improving. … OF Adam Haseley (personal reasons) returned to the Phillies organization and will work out at their complex in Clearwater, Fla.