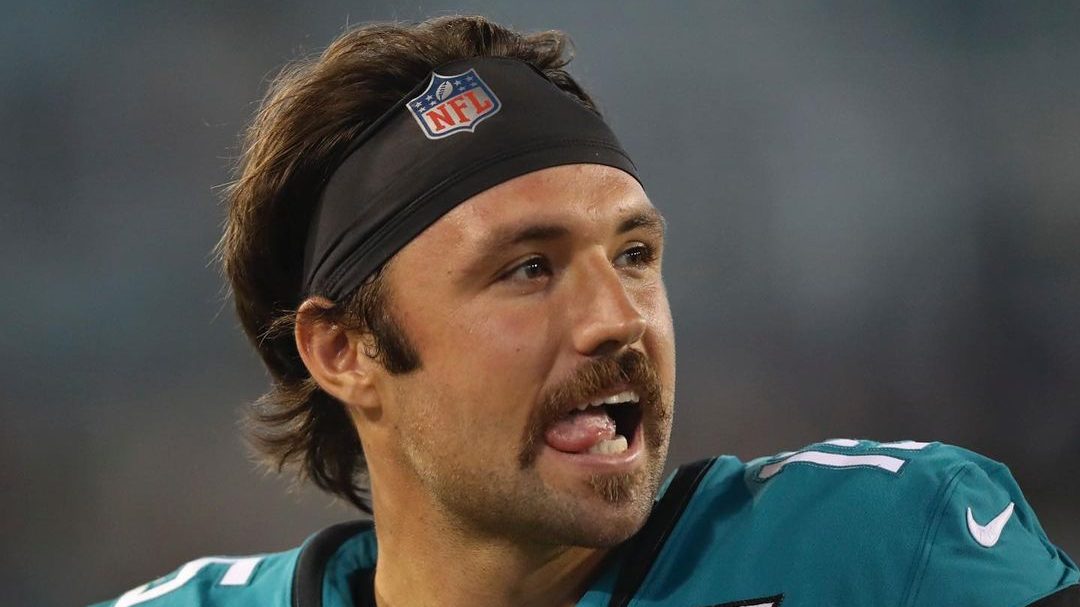 Jacksonville Jaguars quarterback Gardner Minshew will be replaced as the team's starter after they selected Trevor Lawrence with the first pick, but was he the biggest issue? (Courtesy: @gardnerminshew5/Instagram)

In the National Football League, the quarterback position is considered to be the most important. They are showered with praises when they win and met with criticism when they lose. But what happens when a quarterback gives their all to a team and they still fail? This has been a case for many players at the position, who are often too heavily criticized for their teams’ faults. The most recent example is Gardner Minshew, quarterback for the Jacksonville Jaguars.

Minshew was a 6th round draft pick, selected to be a backup veteran quarterback Nick Foles. Foles’ previous success with the Philadelphia Eagles led Jacksonville to believe that he could be their answer at the quarterback position as they signed Foles to a four-year, $88 million contract, an overstatement to say the least. Foles got injured in Week 1 against the Chiefs, leading Gardner Minshew to start in his place.

The next week against the Broncos, Minshew rallied from an eleven-point deficit in the third quarter and orchestrated a drive to score the game-winning field goal. In Week 5, Minshew had an airshow against the Carolina Panthers, unleashing for 374 yards and two touchdowns. After a couple of below-average games against the Bengals and Saints, Minshew regained his fire against the New York Jets in Week 8. He put up 279 yards and three touchdowns, leading to a 29-15 victory. The way he was able to carve up the Jets’ defense and create plays out of nothing was a sight to see.

Foles was finally healthy enough to return, so he was put in for Minshew in Week 11 against the Indianapolis Colts. With the way Minshew was playing, this was a questionable choice by the Jaguars. Foles proceeded to have three embarrassing performances in a row, prompting head coach Doug Marrone to reinsert Minshew as the starting quarterback. With Minshew back in the lineup, he led another comeback victory against the Raiders in Week 15. He closed out the season with a 38-20 victory against the Colts, passing for 295 yards with three touchdowns and one interception.

Arizona Cardinals quarterback Kyler Murray won the Offensive Rookie of the Year Award in 2019, but Minshew made a case for himself. He had more wins, touchdowns and less interceptions than Murray that year. Even if he isn’t regarded as a better quarterback, his rookie season was impressive nevertheless, especially considering that Minshew was a late round draft pick.

The Jaguars’ 2020 offseason continued to shed talented players such as Calais Campbell, A.J. Bouye, and Yannick Ngakoue. They also traded Foles to the Chicago Bears and cut running back Leonard Fournette. The #Sacksonville squad from 2017 was all gone, with the exception of linebacker Myles Jack. It became clear that the Jaguars’ goal was trying to tank and get the No. 1 overall draft pick. Despite Minshew’s excellent rookie season, Jacksonville was eyeing Clemson quarterback Trevor Lawrence in the 2021 Draft.

He suffered a thumb injury in Week 7, prompting him to sit out until Week 14 against the Titans. He once again gave the Jaguars life, going 18/31 for 178 yards and one touchdown. His final game of the season was a 40-14  loss against the Baltimore Ravens, where he went 22/29 for 226 yards and two touchdowns. In his nine starts, Gardner Minshew finished the year with 2,259 passing yards, 16 touchdowns, five interceptions and a completion percentage of 66.1%.

As the statistics show, Minshew is a decent quarterback. He broke many records as a rookie in Jacksonville and impressed many Jaguars fans. Minshew was thrown into a messy situation where he wasn’t even supposed to be starting. Unlike quarterbacks like Cleveland Browns’ Baker Mayfield and Cincinnati Bengals’ Joe Burrow, the Jaguars weren’t anticipating Minshew being the primary quarterback.

It is true that rookie quarterbacks get placed into terrible teams often, however, these players are at least accounted for. For example, Mayfield was greeted to the Browns with an array of weapons and the notion that he would be the starter. Minshew was brought into a squad where he was meant to be a rookie backup to Foles. To add fuel to the fire, the Jaguars were actively giving away key defensive players. Even then, he stepped up and became the quarterback that this team needed.

Above all, Minshew was not cared for in the 2020 season. Aside from the Lions, he had the worst defense in the league that year. They were also 29th in rushing yards. Other than running back  James Robinson, no player ran for more than 150 yards. As a matter of fact, Minshew had the second-most rushing yards on the team with just 153. This was a team that was clearly intending to tank. The only reason that people thought they were pivoting from that was Minshew’s high level of play in the first couple of weeks.

Is Minshew a top–10 quarterback? No. Are Jaguars fans ecstatic to get Trevor Lawrence? Of course, they absolutely should be. However, when reflecting on all the things that were thrown at Minshew during his experience as a Jaguar, it is easy to see why the team failed to succeed. Minshew didn’t fail the team, the team failed him. The work of the front office and coaching staff ultimately lead to this team’s downfall. The Jaguars may have upgraded at quarterback, but that position was not their problem to begin with.